By this time, some gardeners in  the northern tier have experienced a frost or even a freeze, and that means summer container plantings may be looking a little raggedy. We could still have another month or more of decent weather, so why not update a container — or plant a new one — for fall.

Use a pumpkin for a pot for a whimsical fall container.

Here are five easy fall container ideas. For some of them, you can simply remake a summer container.

Edit your summer containers. Sometimes less really is more. If you have a container where one plant looks fine, but the others are spent, consider just pulling out the bad ones and giving the lovely plants more space around them. Negative space — an area of absence around an object — is a principle of Japanese garden design.

Veg out. If you don’t like the idea of nothing filling your container, add an item from your vegetable garden for a fall focal point. A small pumpkin or two, an over-sized cabbage or a squash from your garden will fill the hole nicely and bring your container into the season. 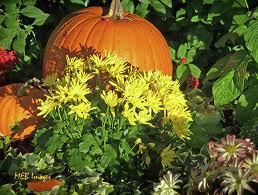 Add a fall bloomer. Mums look terrific in fall, and they are available everywhere in a variety of sizes and price points. They can be tucked into a current container or set apart in their own pot. A more unusual choice would be ornamental peppers, which add fiery color and unusual texture. Or add a perennial that you can put in your garden at the end of the season, such as grasses, sedum or heuchera.

Emphasize your fall colors. Purple sweet potato vines, orange marigolds, bright yellow calibrachoa add a fall touch to containers. You may still be able to find plants in your local nurseries (at deep, deep discounts), if you want to create a new container. Or, simply move your containers around to put the fall colored plants toward the front. 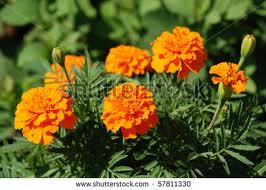 Use a pumpkin for a pot! This is just plain fun, especially if you have children. Take a pumpkin, cut off the top, hollow it out, and fill it with a little potting soil and a couple of plants. You can use plants already in your garden or new ones. Depending on the weather, the pumpkin will last several weeks. When it begins to collapse, toss it all in the compost.

What are your ideas for easy fall containers? 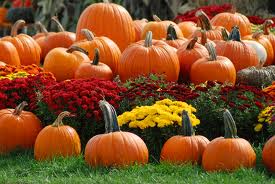