Sedum ‘Matrona’ is a fall bloomer that brings color to the September garden.

As August ends and fall activities gear up, it’s easy to let the garden go a bit — to weed less, forget to pick those extra large zucchini, even neglect watering. But September is a great month to enjoy the beauty you have created and get ready for next year.

Here are some chores to do to avoid the September slump:

Get rid of the dead stuff. Give your flowerbeds a good once over. Are there any plants that should be cut down now to give the garden a neater appearance? Leave standing those plants with architectural seedheads or pods that provide fall and winter interest.  While they may look a little scraggly now, you will love them when they are covered with snow.

Keep on weeding. Eric Johnson, Northern Gardener’s Sustainable Gardener columnist, noted in the September/October issue that one weed picked now is worth 10 in the spring. The weather is often pleasant in September, so take a few moments each day to wander the garden, pulling weeds. 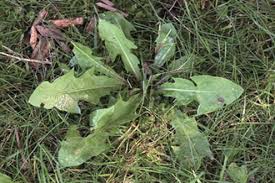