After riding in cold rain for a day we were pleasantly surprised by the warm muggy air we woke up to on this leg. The down side of warm muggy near cold air is the potential  for thunderstorms and this day there were thunderstorms all along our route. We spent the morning checking out the Marquette / McGregor area while we waited for the weather to improve.

The two towns are about a mile apart and right on the Mississippi. McGregor is the larger of the two town with a very nice downtown area. In the late 1800’s McGregor was a booming shipping port and transportation hub. Today the downtown area is a tourist destination well known for it’s charm and antique shops.

We borrowed our son’s GoPro camera to get some action shots of our trip. The road from Marquette to McGregor runs right along the river and has steep bluffs on the other side watch this video and watch what happens when old people have too much technology.

After our filming incident we spent a little time in McGregor. Great little river town with a rich history. 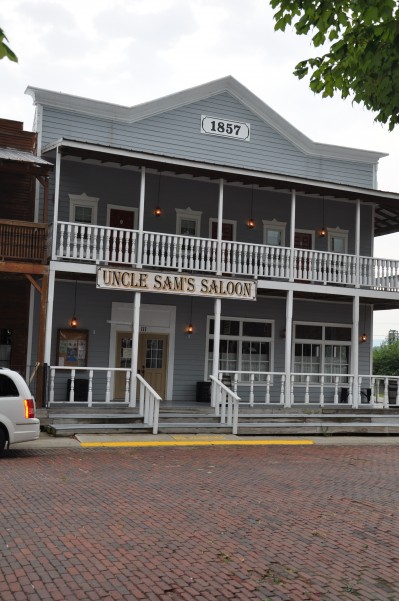