Hannibal is a very nice river town rich in history. So many of the old houses and businesses have been restored or well maintained.  We had a chance to take one last walk through the historic section of Hannibal before we left on the days ride. We came across Samuel Clemens house and the famous white fence. 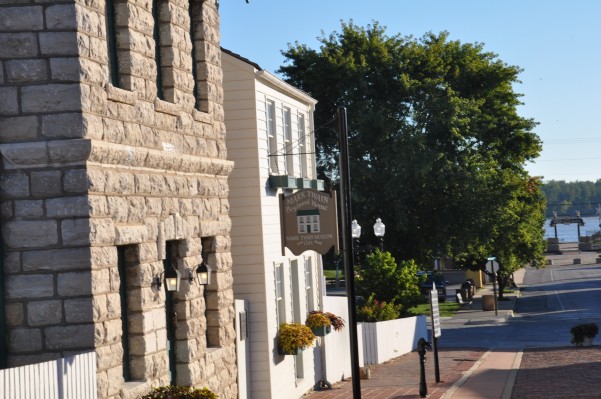 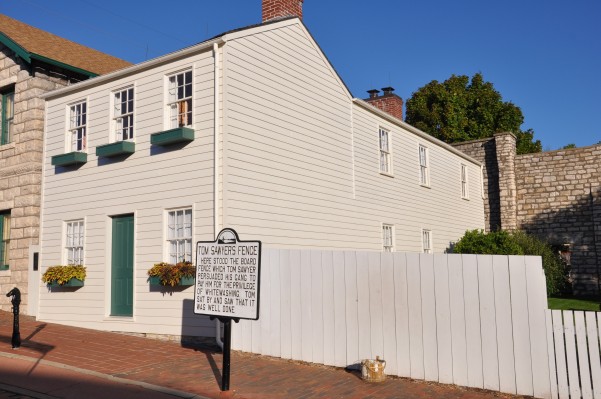 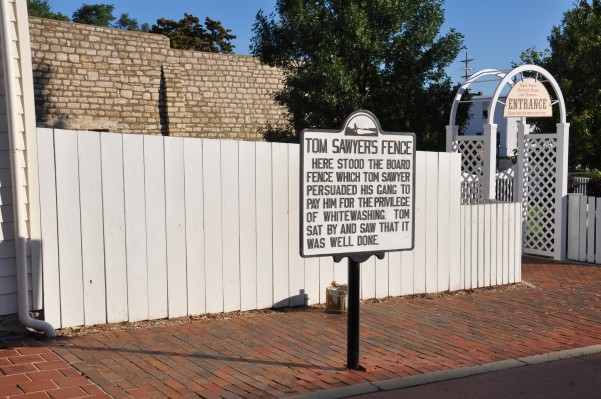 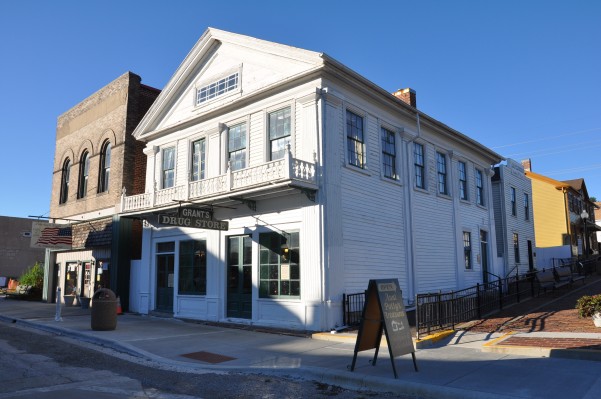 With so many miles to go it was time to leave Hannibal to keep on schedule. Highway 79 south out of Hannibal was our on our route today. What a great road for motorcycles and what amazing views of the river from the overlooks. Things were going so well that you knew there had to be a hitch and there was. South of the town of Louisiana, MO highway 79 was closed and we were sent on a long detour and eventually ended up on highway 61 which we rode all the way to the St. Louis area. I am sure we missed some interesting towns on the river but that’s the interesting part of travel on motorcycles. Weather, construction and fatigue often cause us to go to plan B or C or D.