The planned route for this segment is Highway 61 from Natchez to Baton Rouge. It’s kind of hard to believe that this Highway 61 is the same Highway 61 that we travel on so many times at home in Minnesota.

Southwestern Mississippi has beautiful rolling hills. I guess I have been along the gulf coast more and I expected  flatter terrain.  Like I have mentioned earlier in this series there are not many river views on the Great River Road  along this section of the river. You pretty much travel from town to town. 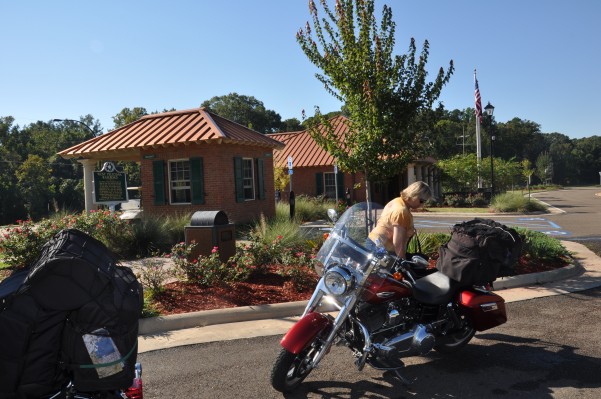 We had a very nice day to ride down Highway 61 and after about 40 miles we re-entered Louisiana. Just south of the state line is a very nice visitors center. This is a trend we have noticed on this trip. The visitors centers have become very important marketing tools for states. They are typically staffed with very friendly knowledgable people who have coffee or water ready for weary travelers. This was one of the nicest visitor centers we stopped at during the whole trip, both visually and for resources. I wish I would have gotten the names of the staff so we could give them an attaboy here.

Baton Rouge was just a few more miles down the road. I have stayed there many times on layovers but my memories were pretty much limited to van rides from the airport to the layover hotel. The north end of Baton Rouge was very industrial and we followed old highway 61 to the downtown waterfront. We found a parking spot across from the old state capital and left the bikes for lunch. 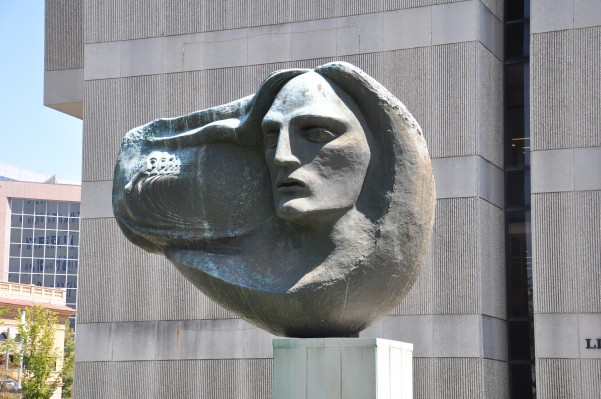 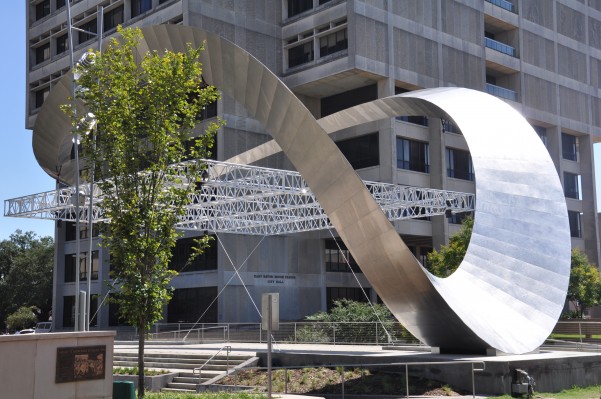 This area of Baton Rouge was bustling with activity as it was lunch hour. Several small restaurants appeared to do quite a business with the lunch crowd. We took some time after our lunch to explore some of the old part of town. There were parks and sculptures and down across from the old state capital was a science museum and a riverfront park.

The people at the visitors center helped us arrange a hotel in the French Quarter in New Orleans so we headed south after our short visit to Baton Rouge hoping to get into New Orleans before rush hour. Somehow we ended up on I-10 and just followed it to New Orleans.

I never intended to make editorial comments on this trip but after the ride into New Orleans, I felt I should. Without question the worst drivers I have ever seen are on the Freeways(dragstrip) in New Orleans. I have been pretty much all over the world too. There is a nasty edge to the carelessness here. Biker Grandma and I were pretty shaken up by the time we got to the hotel. It seems that the only way to drive there is to accelerate until you have to slam on your brakes. The bigger your vehicle the more aggressive you are. Unfortunately for us, we were on motorcycles and felt extremely vulnerable in this chaos. If there were any state or local police patrolling these roads they could pay for the rebuilding of New Orleans by just issuing traffic violations. They warned us about the drivers in New Orleans at the visitor center but we just didn’t image it would be as bad as it was. OK, deep breath and I will let this go. I said my piece.

Our hotel was a very pleasant surprise. Very reasonably priced and very service oriented. Here’s the view out of our room. 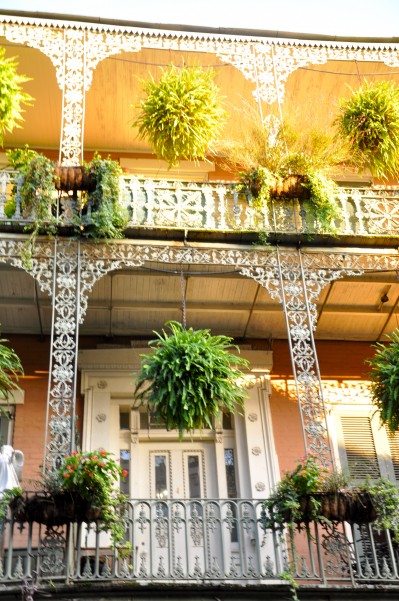 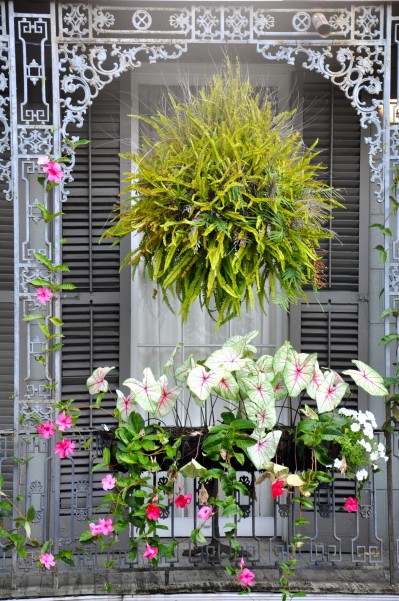 I went to do laundry because thats what you do a lot when you travel by motorcycle and Biker Grandma took a little rest. We explored the French Quarter and had a nice dinner while we planned the last leg of our journey down the Great River Road. It was hard to believe that we were here and only about 80 miles to the end of the road. Unfortunately we had to get back on the freeway to get across the Mississippi to finish the trip.