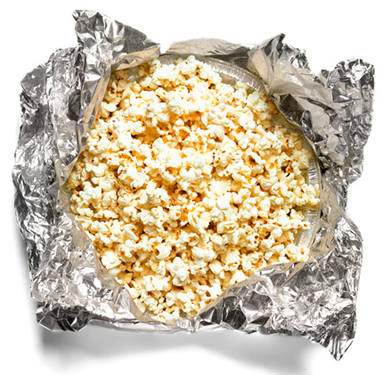 Popcorn… It’s such a great snack and, on more occasions than I would like to admit, a quick dinner. There have been many evenings where I have paired a bowl of popcorn with a glass of wine—which begs the question—red or white? 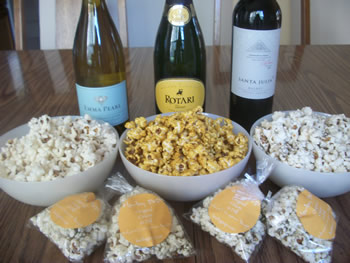 I’m sure the French would wrinkle their Gallic noses at the combination. But, really, it does work, and has a lengthy pedigree to match that of the grape used in wine — give or take 2,000 years.

The oldest ears of popcorn (popcorn is a specific type of corn) were found in Bat Cave, a series of rock shelters in west central New Mexico, and dated at approximately 4,000 years old (wine is believed to have originated about 6,000 years ago).With a pedigree such as this, I’d say that even the best champagne is a worthy companion to a buttery bowl of popcorn. 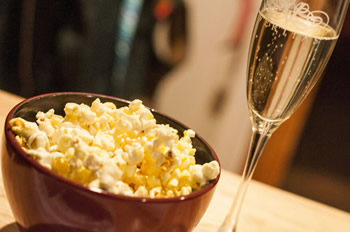 Sweetened popcorn was found in the diet of the early American colonists. In 19th century America, popcorn was a breakfast food, served with milk and sweetener. The famous caramelized version was introduced at the 1893 Chicago World’s Fair and was named, Cracker Jack. 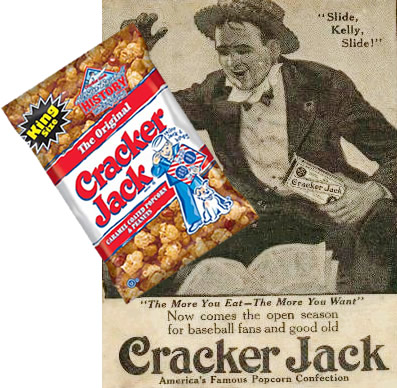 During World War II, when sugar was rationed, Americans turned to popcorn as a snack food both at home and at movie theaters. 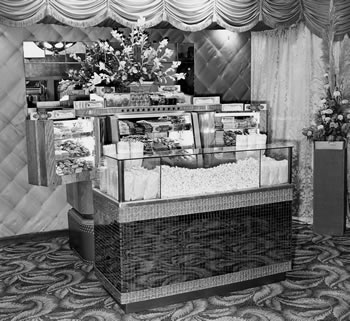 In 1981, General Mills marketed the first microwavable popcorn, a time saving popcorn cooking process that, in my opinion, has never tasted nearly as good as the original flame-cooked method. Remember Jiffy Pop?  Watching the silver-foiled top expand and puff up gave us something to do as we anxiously waited for the popcorn to finish popping. 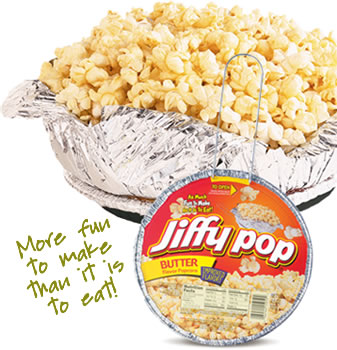 Popcorn is a natural for the grill or the open fire of a fireplace or fire pit.  A fun way to spend an evening ‘round the outside fire is to cook some popcorn outside, camp-style, and reminisce about the “good old days.” 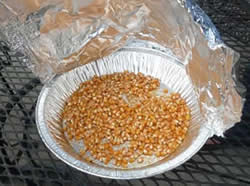