While on a road trip last Summer we stopped at an antique store just off the highway in Missouri. It was probably the 10th one we stopped at that day so I was looking at stuff but not seeing anything, if you know what I mean. Way in the back on a shelf almost out of reach was a glass insulator that you used to see on the power lines along the highway. I have seen many uses for these on Pinterest so I was interested and brought it to the front check out. The owner of the shop wanted $2 for it. I knew that was fair enough as I had seen these anywhere from $2 to $25 at flea markets depending on the shape and color. 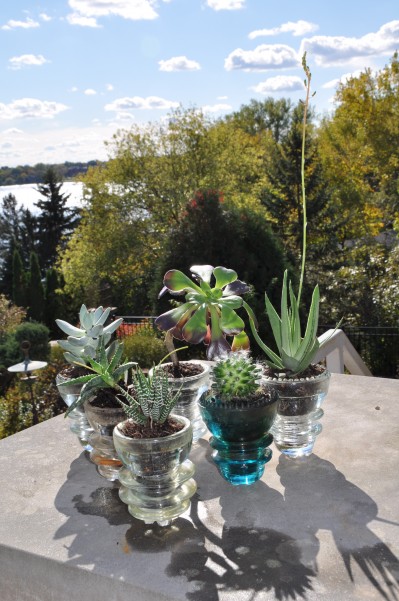 Thinking I really should have more if I were going to do a project I asked if he had any more for sale. “How many do you want?” he replied. I told him I would like to see them before I made a decision. He took me outside the store which was really part of a barn and on shelf outside he pulled out a box of insulators. A few different sizes and shapes but really dirty. I asked how much and he said $20 for the whole box. What the heck, I bought the whole bunch not really knowing what to do with them or what I was buying. We took them home and there they sat until this week. 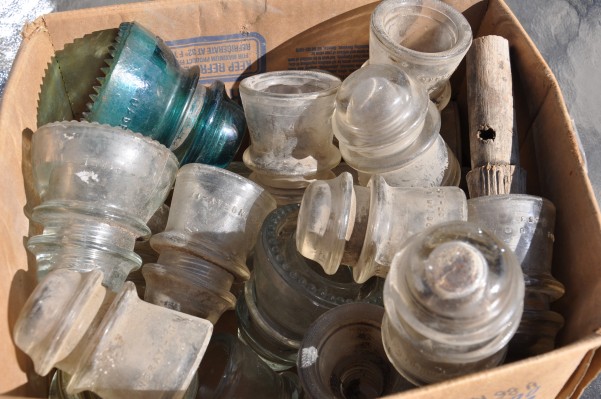 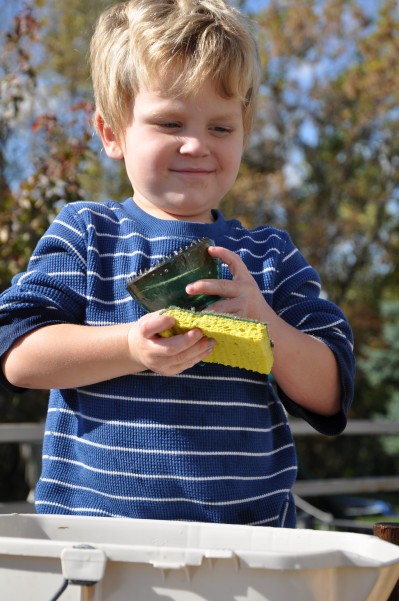 A couple of weeks ago we did a post on a few things you could still do with your garden this Fall. One of the things we talked about was going to Garden Centers and seeing what was on sale. Just this week one of our largest local garden centers announced they were going out of business after 100 years and were liquidating everything. I can’t resist a deal so off we went to check this out.  Only 4 days after they announced that they going out of business almost everything was gone. There were a few little succulents which we bought for $2 a piece 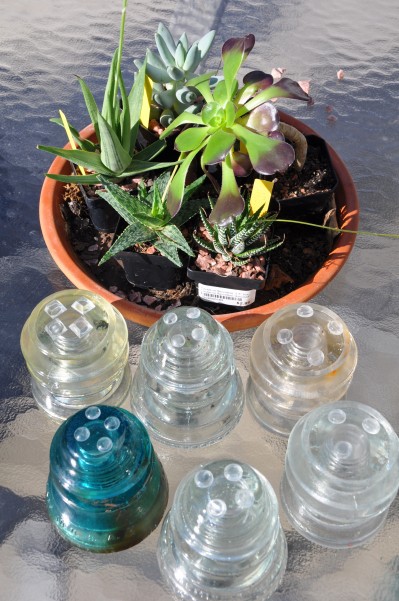 We had some of the grandkids over for a couple days while their mom and dad took a little vacation. This turned into a fun afternoon project that even a three year old could do.

We washed the insulators in a bucket of soapy water. After they were as clean as we could get them we put little non-skid plastic thingies you can buy at a big box store. The top of the insulators were slightly rounded so these things made the insulator stable. 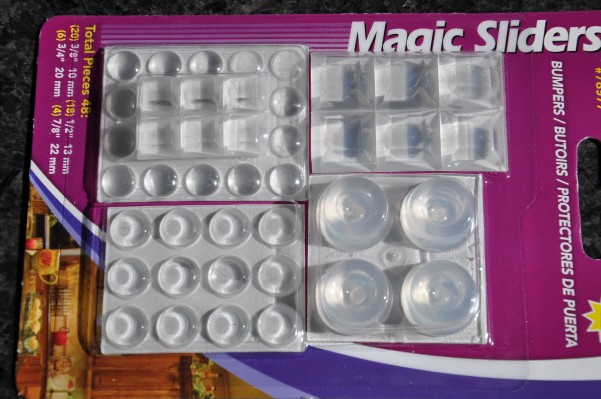 After we had a clean stable place to plant the succulents we pulled them out of their plastic pots and planted them in the insulators. 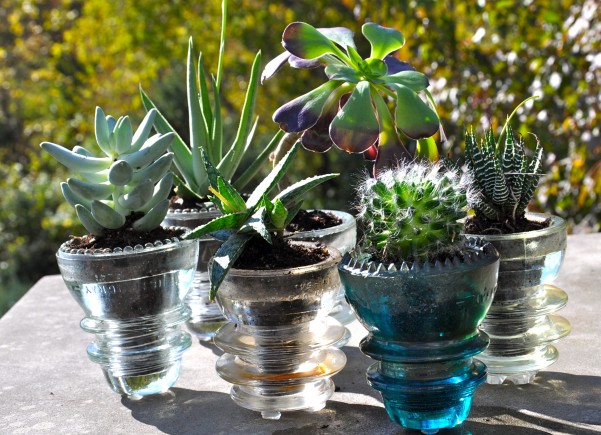 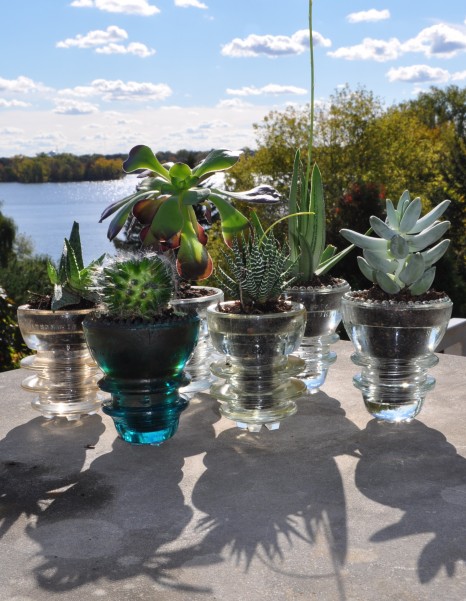 Check out our tips for caring for your succulents indoors this Winter: http://livedan330.com/2013/10/11/tips-for-indoor-succulents/