We came across this Mini-Sausage Wreath appetizer on Pinterest this week. It looked so festive that we had to try it. Thanks to Yawlcome.blogsot for this recipe.

I would like to tell you that ours looked as good as the picture below, but it didn’t. No fault at all to the recipe. We just aren’t as artistic with food as the original poster. We would probably have been the subject of a fail of our own, but we ate the evidence before anyone could take a picture. It was really good. 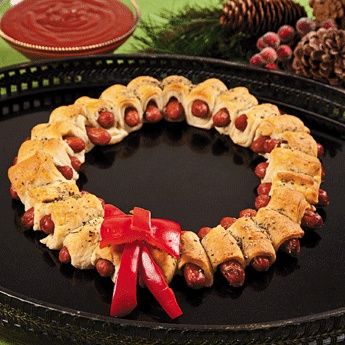 Have a great weekend everyone. May your wreath look like this one and not ours :(.