Most of you know that we spend way too much time on Pinterest. We are always amazed at the amount of great ideas and recipes that people come up with. Thanks to iheartnaptime.net for this clever recipe. The kids really enjoyed helping with this treat and there is actually some fruit in it. Nice color and a simple finger food for Holiday events. 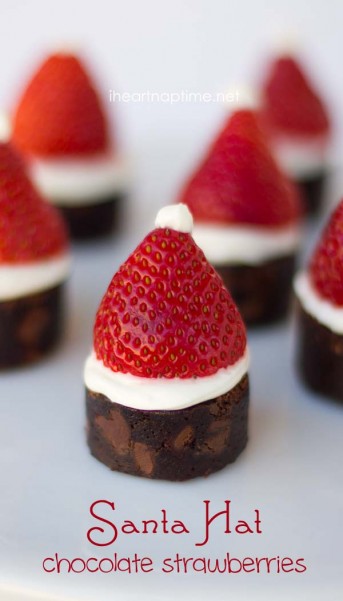 For the complete recipe go to: Santa Hat

Thanks for checking this out and be safe out there this Holiday Season.