If you are reading this you survived Christmas. Get ready for one last burst of college football. I saw a listing of all the bowl games in the next couple of weeks and I counted over 30 of them. There are BCS bowl games, nonBCS bowl games and of course there will be an East/West Bowl and a Senior Bowl later in January.

We went to work to find some more ideas for your tailgating bowl watching parties. Keep in mind that we live in the frozen tundra of Minnesota so we are focusing on more indoor tailgating ideas. As always we found that Pinterest is a great resource for finding new recipes.

First up, how about Saucy Asian Meatballs? This recipe is from gimmesomeoven.com. 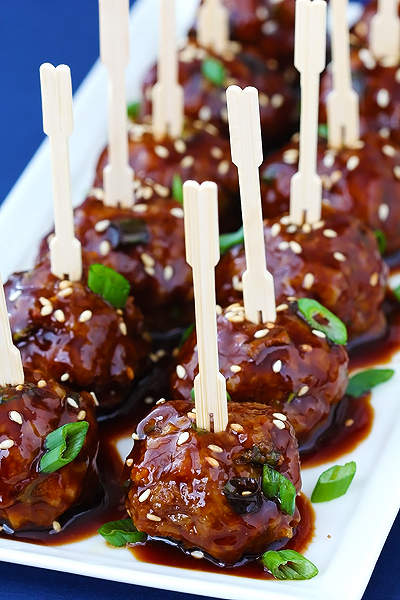 These are easy and quick to make. Serve on a platter or put them in a crock pot to keep them warm. For the full recipe : Asian Meatballs.