If you aren’t able to make it to the Hula bowl you can still enjoy a taste of the islands with Bacon Wrapped Pineapple Bites. This taste treat is courtesy of Auntnubby’skitchen.com. 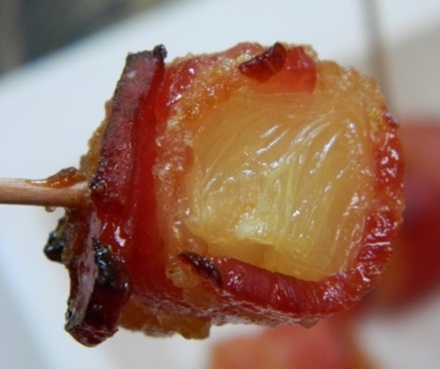 This is a tasty recipe and of course how can you go wrong with bacon on anything? For the full recipe go to: Pineapple Bacon.