It’s Rose Bowl time again and my cousin, a Michigan State grad, is in Pasadena with a group of fellow alums for the parties, parade and game – a festive way to start the new year.

It brings back memories. When I was a student at Northwestern University in the
1960s, “my” football team was No. 1 in the nation for one week.
At that time, my parents said that if the Wildcats, better-known for
academics than sports, went to the Rose Bowl, they would pay for my trip to
Pasadena. My team didn’t make it.

But in 1996, the team was close again. This time instead of sitting
with my college friends in the football stadium in Evanston, Ill., I watched
a few televised games sitting on the edge of my chair hoping they’d win.
Amazingly, they did, ending its Big Ten season undefeated. I half-jokingly
reminded my mother of that long-ago promise. She remembered, too, and paid
for part of my trip. My sister Sue in California managed to get tickets, so I made
last-minute plane reservations.

The morning of the game, we went to the Rose Bowl parade in Pasadena. Dozens of spectacular floats were covered with roses and marching bands performed. There was even a float from Minnesota, sponsored by Target. People lined the streets several rows deep for blocks on end while children sat on the curbs that sunny day.

And then we went to the Rose Bowl. As we climbed nearly to the top row of the stadium, I choked up at the sea of fans dressed in purple, my school color. It was called the largest number of Wildcat fans ever assembled – 50,000 to 65,000. “Northwestern” was painted in purple and white on the grass. Our marching band played at halftime. We were leading at the beginning of the fourth but in a turnaround the last few minutes, the USC Trojans won 41-32. 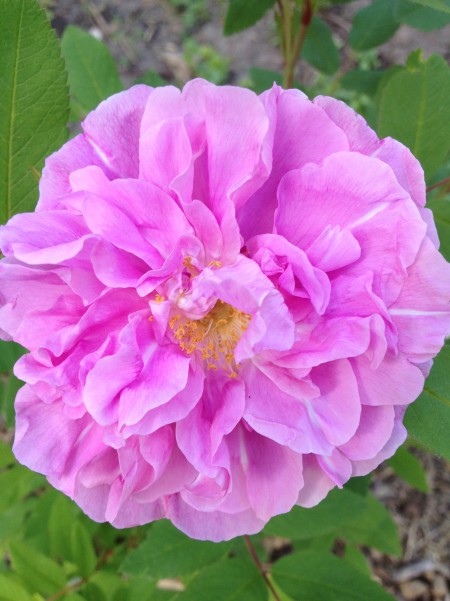 I filed out of the stadium half disappointed my team lost but proud they played the game and glad we could attend that exciting event.

So I can imagine my cousin’s anticipation of the exciting Rose Bowl game, along with the alumni activities and Rose Bowl parade. I may watch it on TV.