You may have seen this project on Pinterest before. It was intriguing enough to us that we had to try making a DIY flower tower. Mother’s Day was fast approaching so I got all the boys in the family together and we made six of these for the Moms and spouses in the family.

We actually combined a couple of ideas we have seen on Pinterest for this project. First the flower tower itself and a self watering function. I am sure many of you have seen the plastic bottle shoved upside down in the ground or in a container to slowly water the plants around it. We took that same idea and incorporated it into our design. 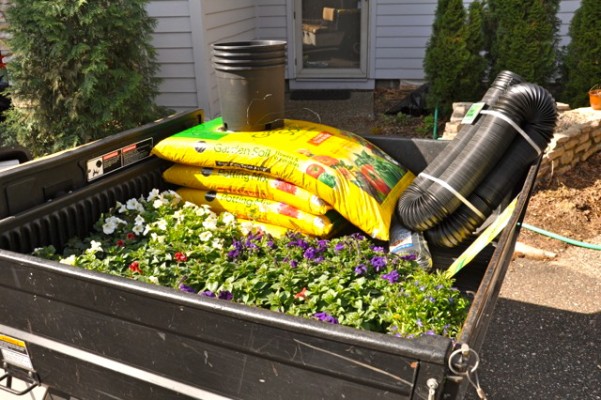 We went to a big box store and picked up the materials we needed. Large pots for planting and setting the tower in. Wire fencing to form the tower in the pot. Drain tile to put in the middle of the pot for the self watering feature. Potting soil, black dirt and manure. Brown tarp to line the inside of the tower and hold the soil. Plastic tie straps to hold the tarp in place. Petunias. Because it was a Mother’s Day gift we went with red, white and blue petunias knowing that Memorial Day and the Fourth of July were right around the corner. 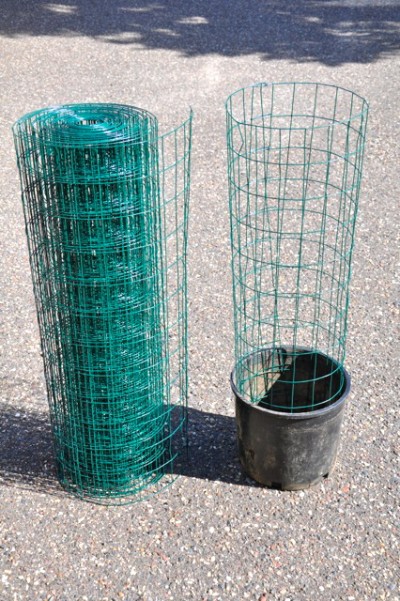 The first step was to cut the wire fencing to form the tower frame that will fit into the pot. We bent the wire we cut to hold the tube shape together. 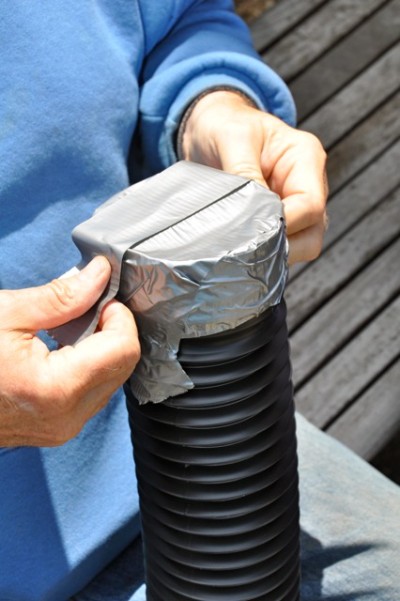 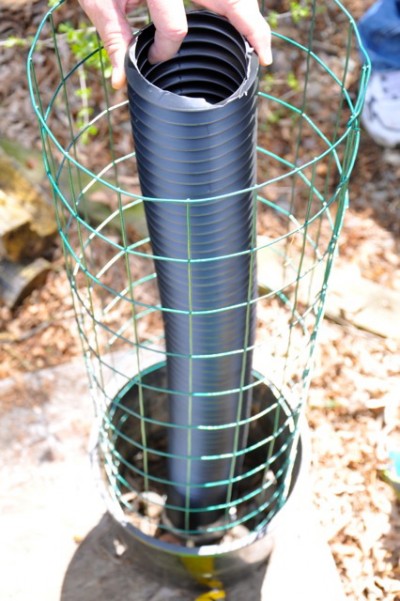