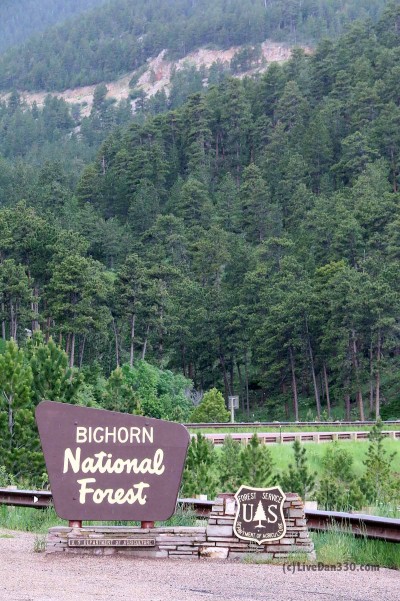 The Big Horn Mountains  National Forest protects a mountain range just west of Buffalo and Sheridan, WY. We were traveling from the black hills to Cody when we had to choose which pass to go over. There are two main passes through the Big Horns. One in Buffalo, and the other in Sheridan.

We decided to travel the northern route out of Sheridan. It is also known as the Bighorn Scenic Highway. Approaching the mountains from the east, we literally wound up the side of this huge mountain face. before heading inland. If you are afraid of heights or don’t like roads with not shoulders and thousands of feet of vertical, this is not for you. 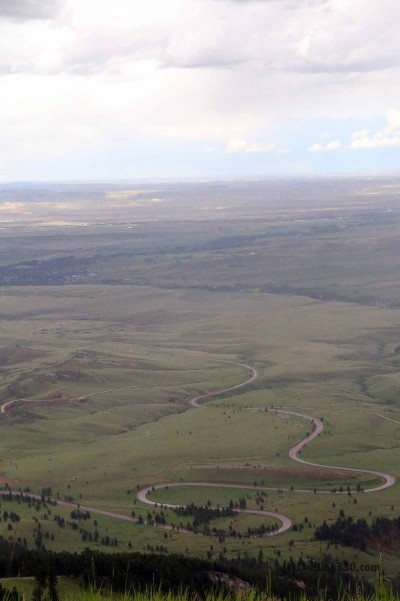 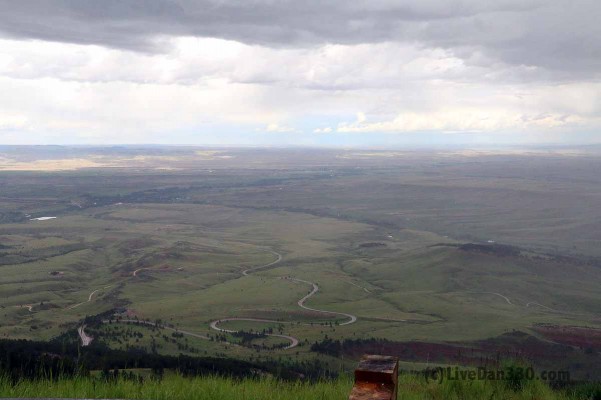 Heading to Sheridan, we had encountered some thunderstorms, which had blown through by the time we had to make our climb. It wasn’t too long before we arrived at the top of the mountains and it began to rain off and on for a while. 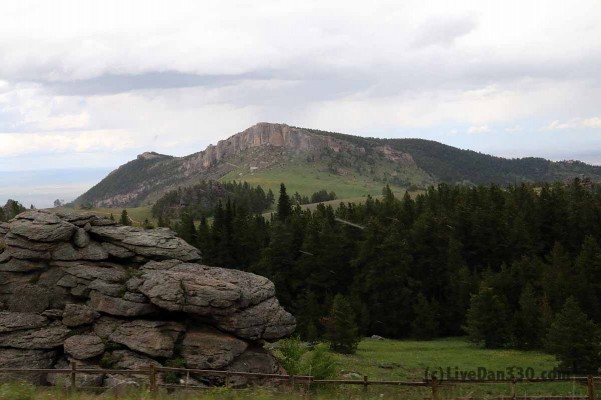 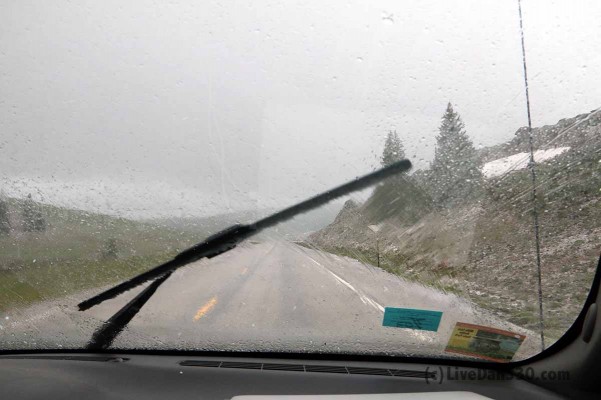 The mountain top was spectacular. We saw caribou and endless fields of wild flowers. spotted in between the hills and forested areas of the Big Horn National Forest. It was the first time we got to see some snow too. 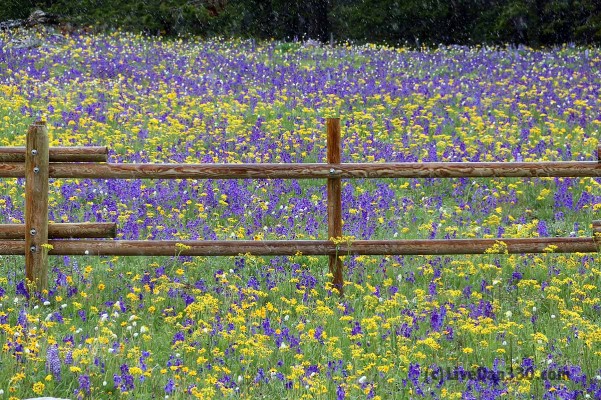 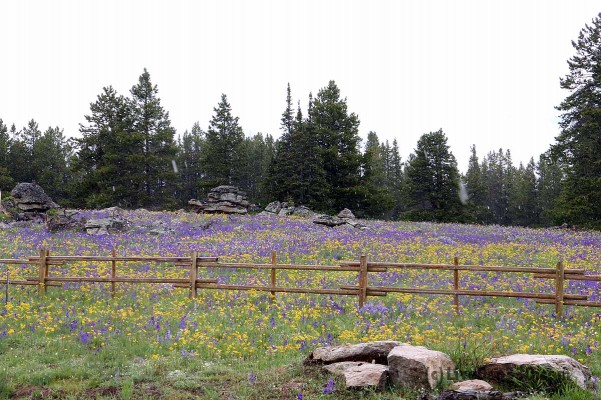 The top of the rout through the Big Horn Mountains was over 9,000 feet elevation. It was funny how we left Rapid City in 80 degree weather to climb a mountain and have the temperature drop to 34 degrees. I think we were just lucky to have the temperature hit this point when the next storm blew through. Clearly, the storm was building over the mountain, but it was a combination of the precipitation and cold weather that got us into freezing rain and snow in late June. We continued through the pass and as we descended, the precipitation stopped and the temperature warmed up (look up adiabatic heating if you want to learn the meteorology behind this phenomenon).

Near the end of the Big Horn Mountains, we stopped in Shell Canyon and enjoyed some beautiful birds and a waterfall. This was a rest stop as well and had a gift store and learning area built right into the walking paths around the gorge. 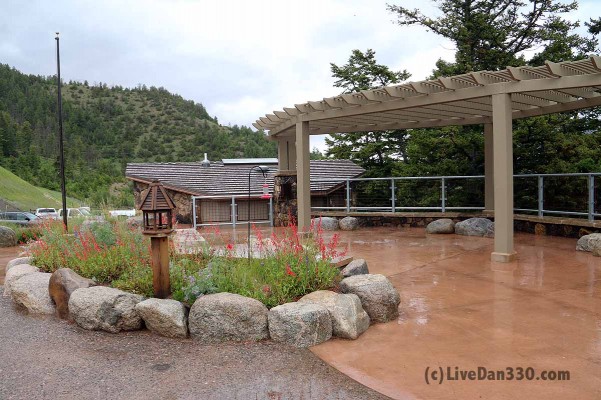 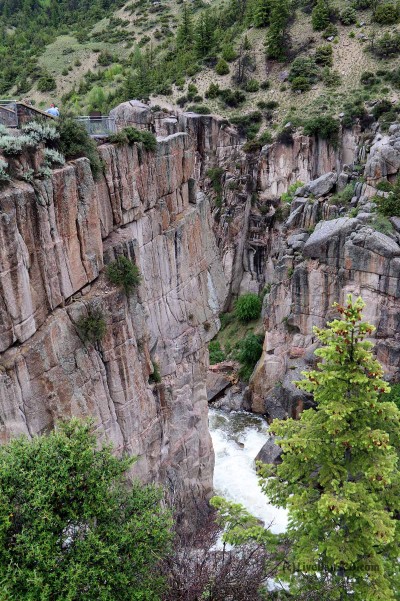 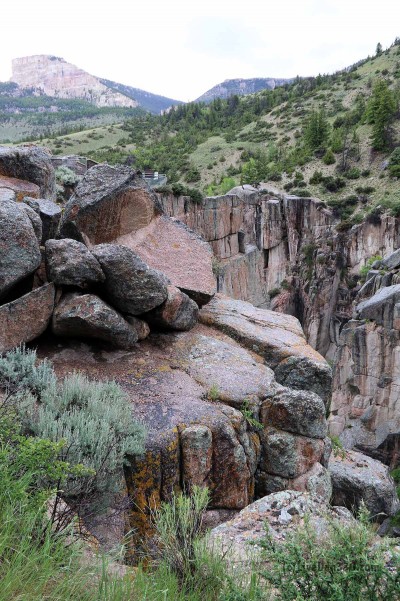 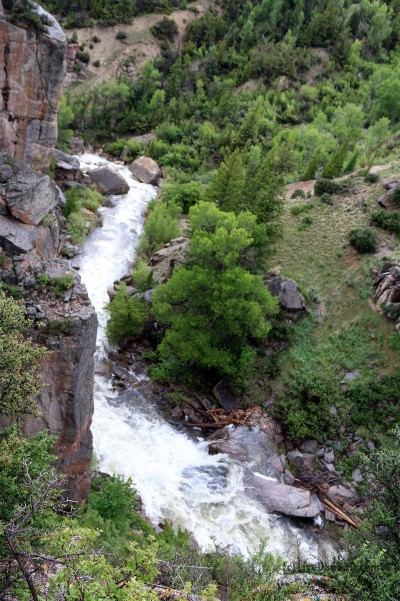 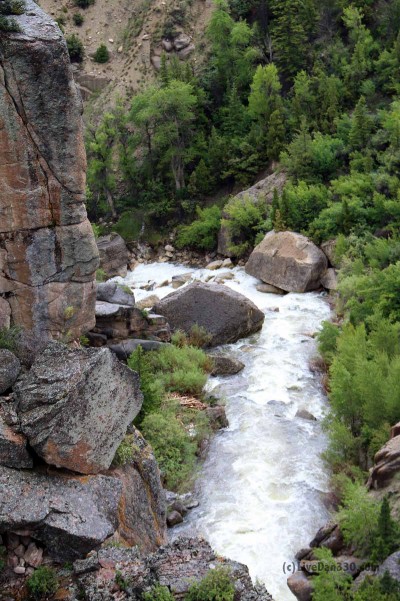 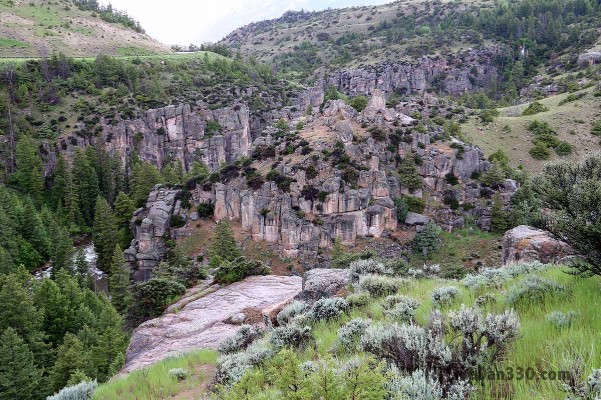 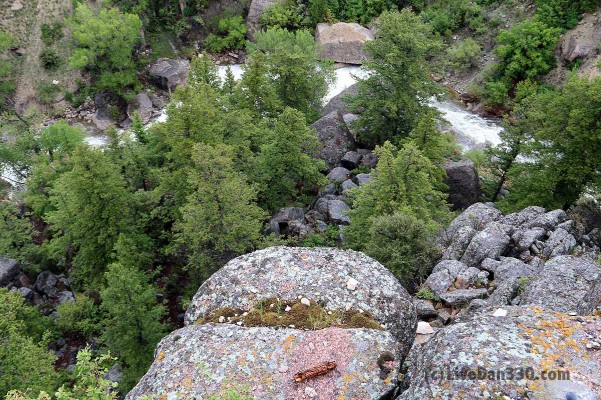 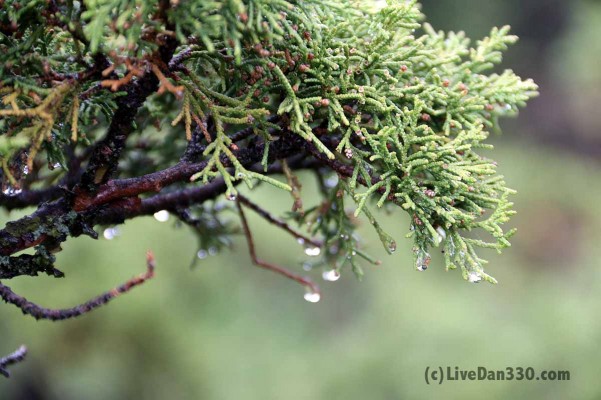 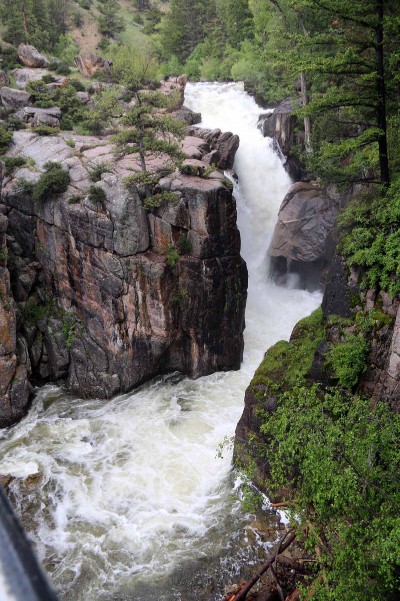 Leaving the Big Horn Mountains to the west, it became much more arid as we entered the valley on our way to Cody. 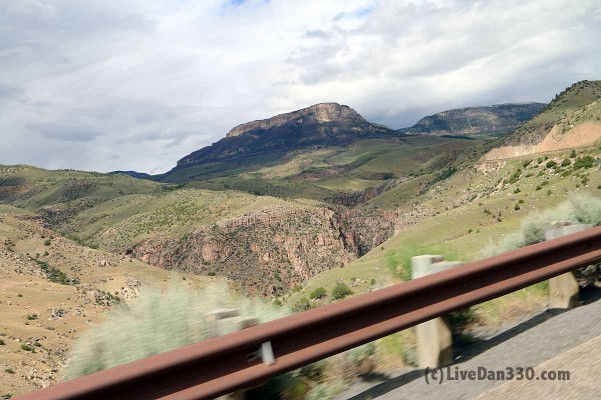 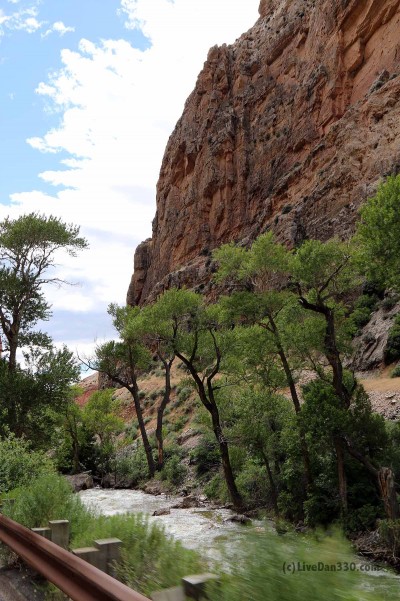 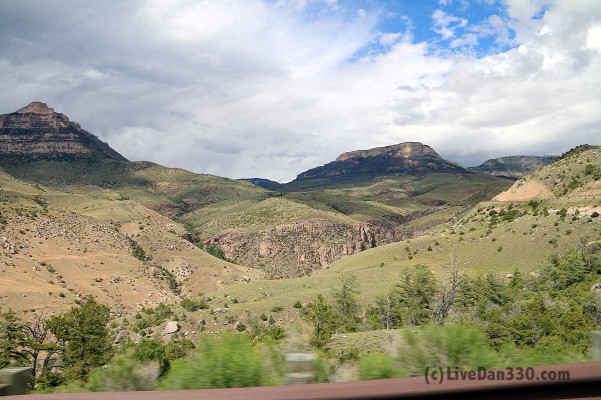