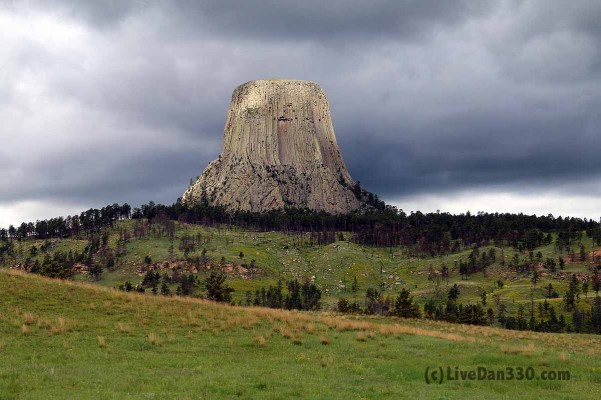 Devils Tower stands high above the rolling hills that surround it. With all the people flocking to see Devils Tower, I couldn’t help but think of the scene from 2001 Space Odyssey with the monkeys around the obelisk. The analogy got creepier when we went into the gift store and saw all of the space ships and aliens stuff for sale. One thing is for sure, Devils Tower bring out the weird in people. This was probably best illustrated by Close Encounters of the third kind. Remember when Richar Dreyfuss’ character became so obsessed with the tower and made a mashed potato model of it at dinner? Right. That is the kind weird you can witness at the base of the tower. 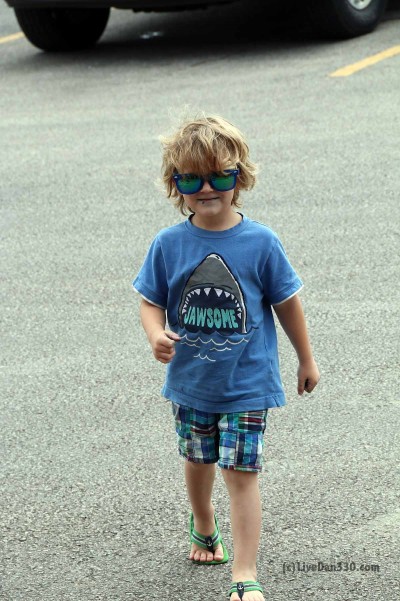 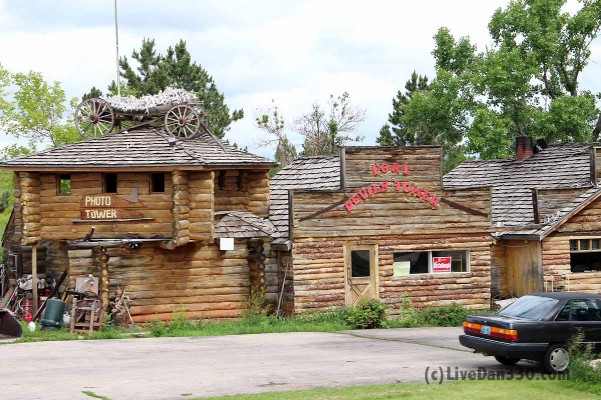 In reality, there is nothing mysterious or cryptozoological about the tower. It is a product of geologic forces and time at work. About 50 million years ago, the site was an active volcano with a magma chamber just underground. This chamber was about 1,000 feet wide and 670 feet tall. As the magma cooled, it cracked into the geometric columns that we would recognize as Devils Tower today. Erosion finished the job to expose the rock formation and create this geological obelisk. 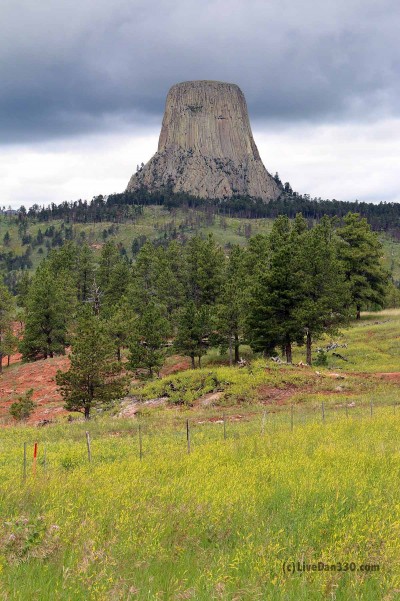 Modern history understands the importance of this unique piece of land. In 1906, President Roosevelt declared that Devils Tower was to be the first National Monument under the Antiquities Act and the Civilian Conservation Core built the road around it during the Great Depression. 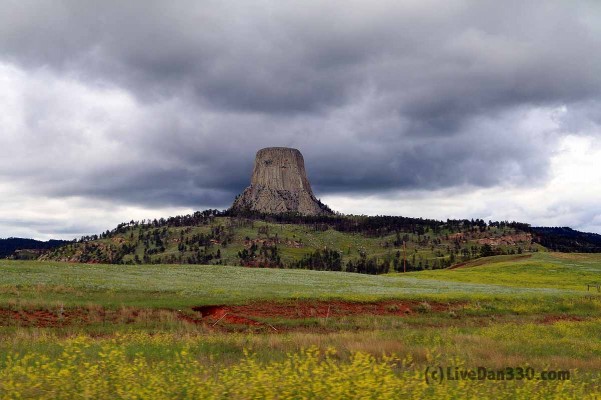 Today, visitors can enjoy several walking trails around the tower as well as a scenic drive around three quarters of it. The day we visited, there were three mountain climbers heading up the southwest face. Besides the tower, you can enjoy plenty of natural beauty as well. There are prairie dogs, white tail deer, and other animals as well as lichens, mosses and other flowering plants. 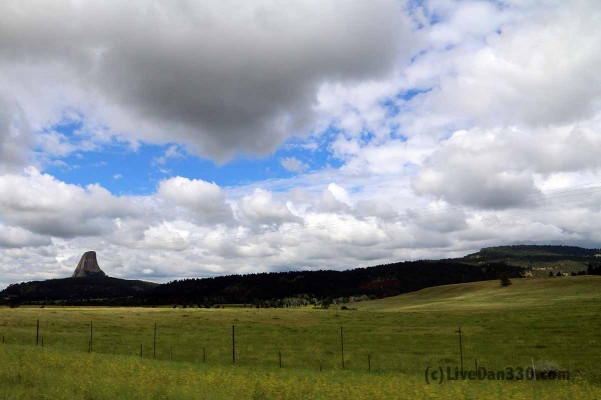 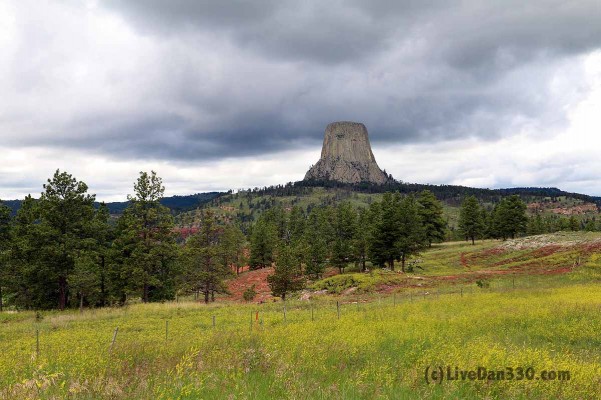