I saw an ad on Craigslist a couple of years ago that caught my attention. It seems that a guy who lived about an hour away from me, well out in the country was giving up on the lily business and was selling everything. I checked Google maps and to be honest it was a little iffy for me to make the decision to drive to this guys farm. It was a long way to drive for there to be no lilies left or too picked over to be worth the afternoon spent driving out in the boonies looking for the farm. 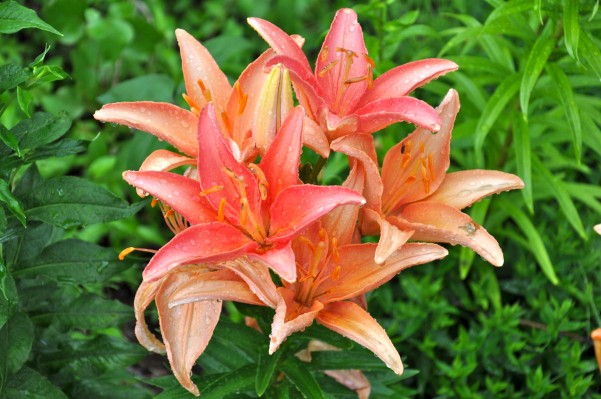 It turned out to be one of the best decisions I have made when it comes to my garden. Not only did this guy have an amazing collection of lilies but he was a wealth of information. It turns out that he had a day job working at a local sporting goods store. When ever I need some tips for lilies he is only a 5 minute drive from my home during the week. 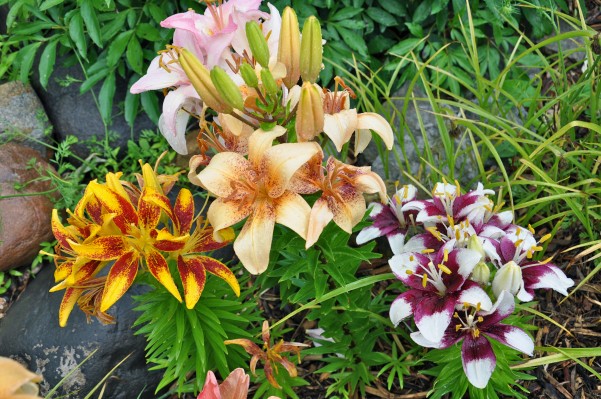 I had so much fun going through the lilies at the farm that I hauled a load home and rounded up a few other members of the family and we headed back up to the farm the same day. Besides the lilies this guy had amazing gardens and raised some funky animals which the grandkids enjoyed seeing. 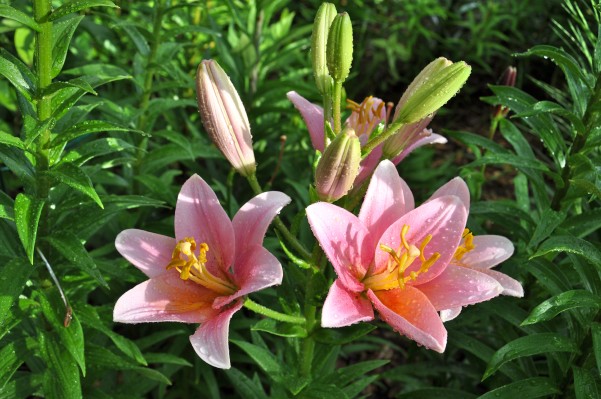 It has been couple years since we planted the lilies and with the warmer wet weather this year the lilies seemed to explode. There are so many lilies and buds that it looks like we will have about a month of color from lilies alone. 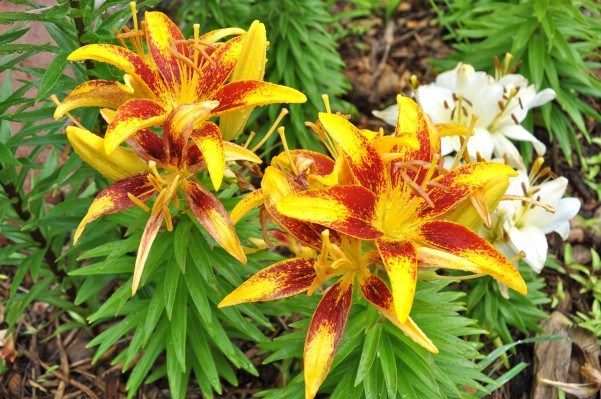 Here is a slideshow of some of the lilies. We had a strong thunderstorm late this afternoon which blew through and the sun came out for a glorious evening in the garden. Enjoy! 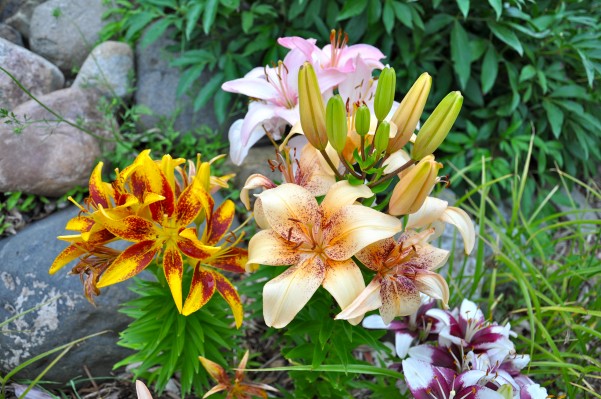 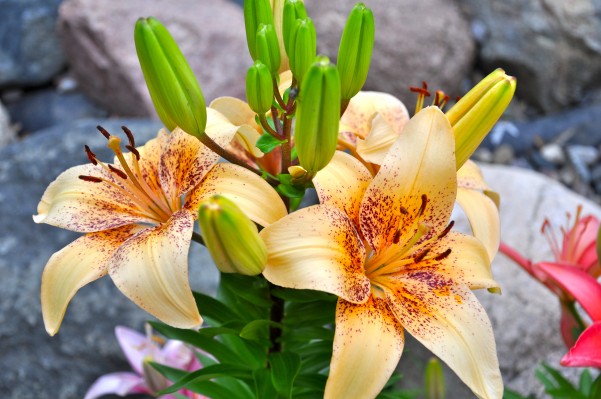 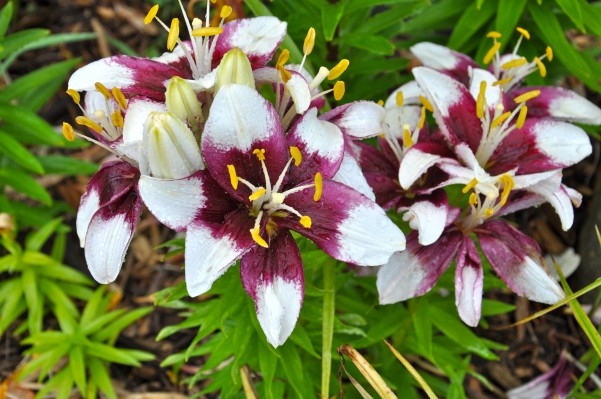 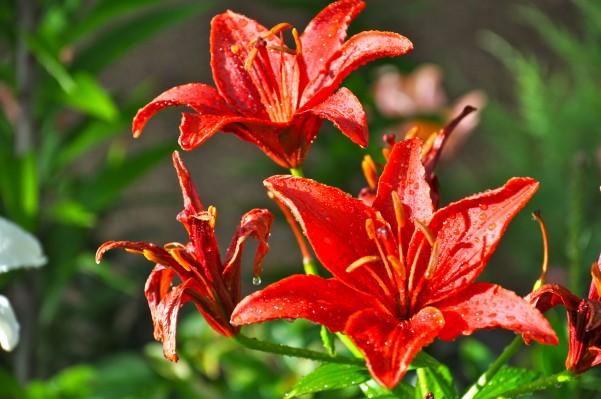 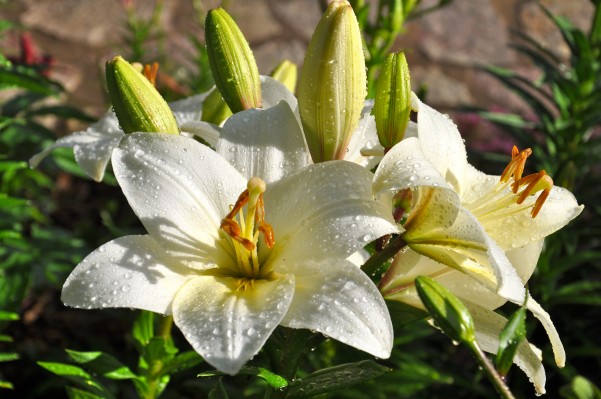 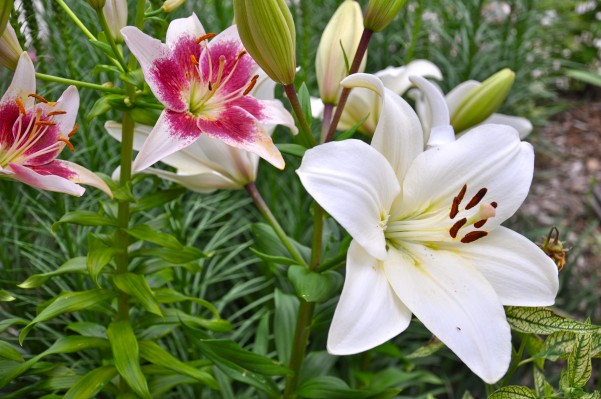 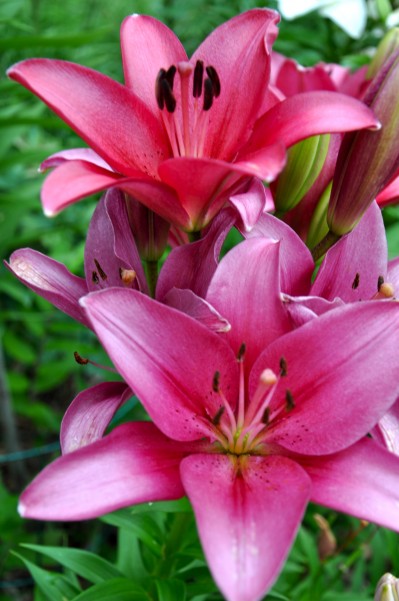 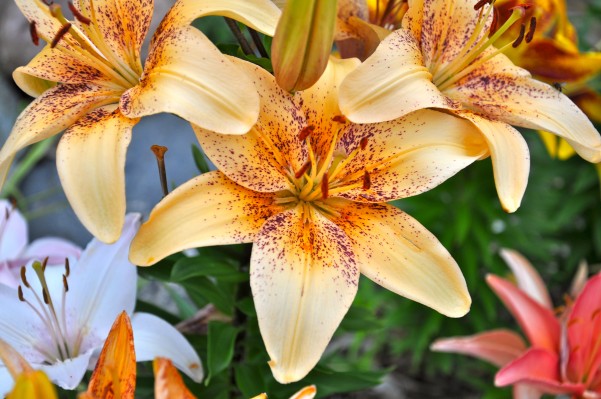 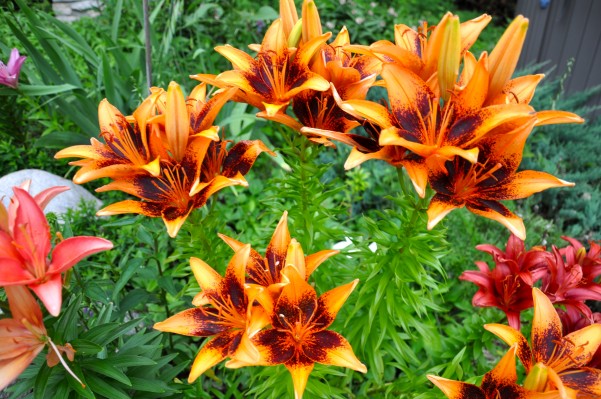