You would think that a guy who has had all the cardiovascular issues that I have had would post more health food articles. Nope. I am a big believer in the court of public opinion and we have found that healthy eating posts do well, but they can’t compare to good old fashioned comfort food. That being said, here is a collection of seven seriously decadent desserts we have found that we would like to share with you.

How about s’mores without the smoke? Try these Marshmallow-Filled S’mores Cupcakes from Sally’s Baking Addiction.com 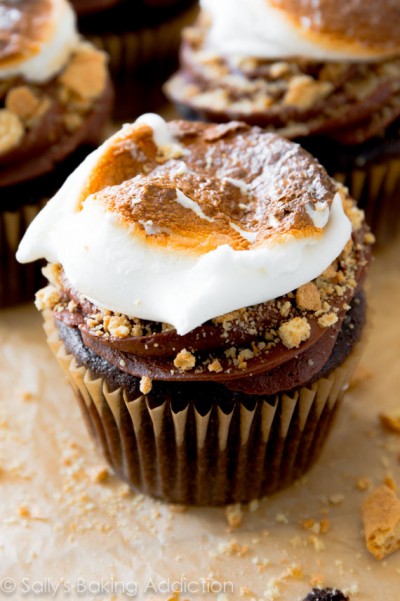