The weeds are gone and the structure of the kitchen garden has taken form from it’s previous state as wasted space. The garden has a simple chicken wire fence that has successfully kept out the bunnies, a paver path to walk on and lots of good black dirt and compost.  You can see where 6 hills are ready for the cucumber seeds on the left of the path, and on the right is space for a couple rows of carrots.

The chives and rhubarb were already in the space and the lettuce and tomatoes were just put in the ground from pots.  I used onion sets which came in a net bag and put 4 rows in nearest to the deck.  Apparently onion sets have a higher success rate than planting seeds directly or transplanting seeds you’ve started indoors. Outside of the fenced area you can see the remnants of our old asparagus that was uncovered from an overgrown pine, to the right of the holding pond. 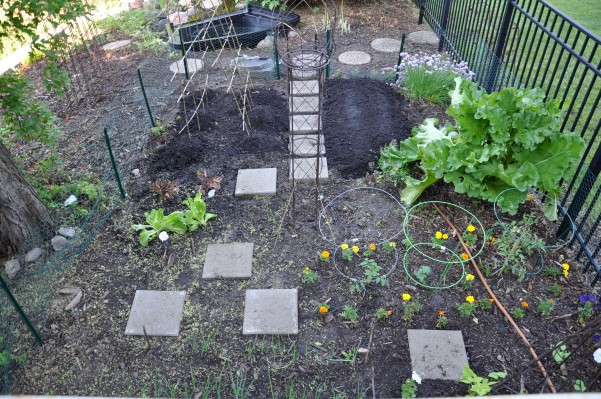 I’ve disclosed that I’m a rookie at vegie gardening and was intent on keeping the cost down and the space small and manageable.  The cucumbers needed a trellis to climb so I made a simple A-frame from bamboo poles which were secured with the small plastic ties, leaning the two grids together to form an A-frame, and securing them together at the top.  The trellis was an easy and cheap solution, and we’ll find out soon if it is sturdy enough for the vines. 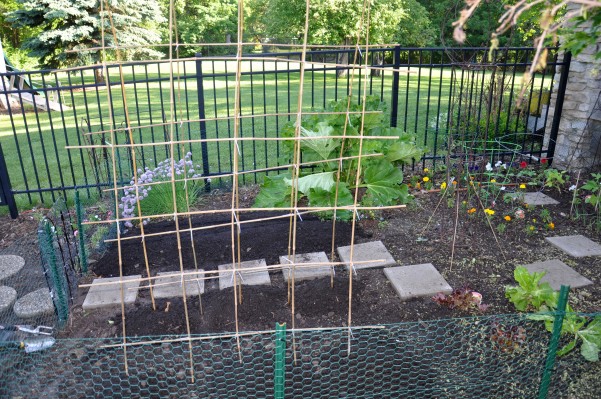 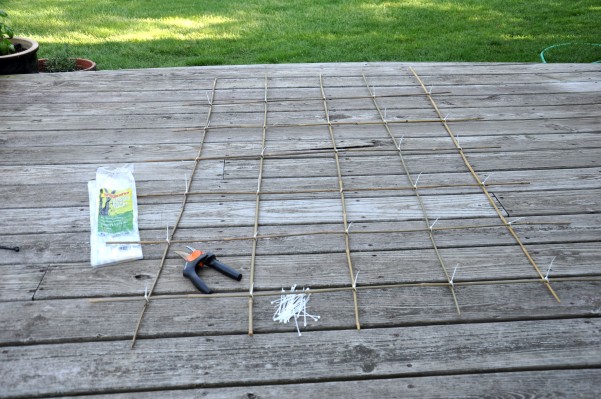 It was exciting to watch the cucumbers sprout up because we used 3 different heirloom seeds purchased at Seed Savers Exchange in Decorah, IA.  The True Lemon was a popular market variety in Australia and is like a lemon in size, color and shape, and can be used for pickling, slicing and in salads. The Miniature White cucumber best when eaten young and less than 3″ long.  They have a mild sweet flavor and you don’t have to peel them. The Parisian Pickling is a French heirloom that was used to make gherkins in the late 1800’s.  Use them small for pickling or large for slicing. Here they come! 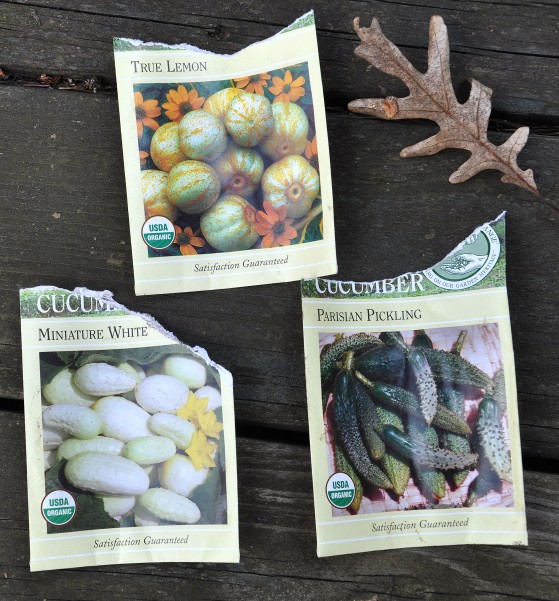 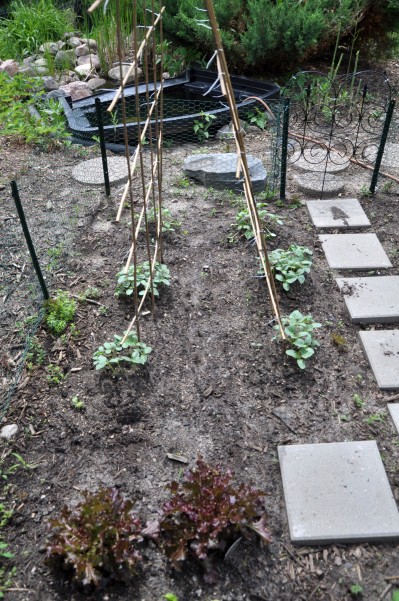 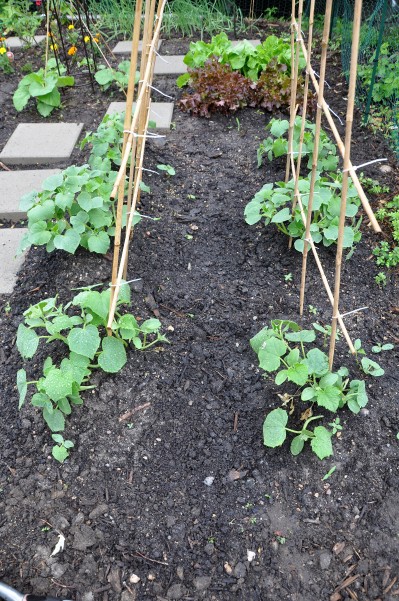 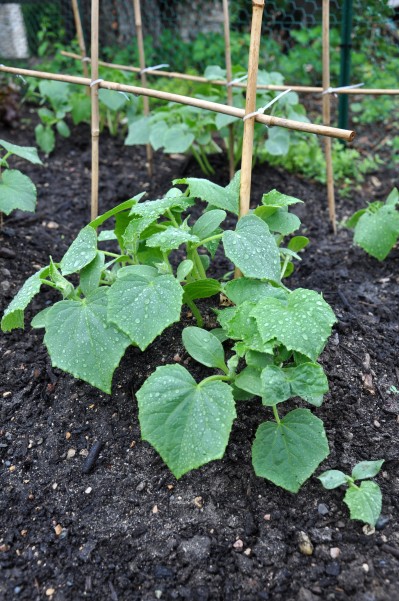 On the other side of the walk we planted the carrot seeds from Burpee called the Sweet Treat Hybrid.  They are supposed to be 5″ long with a crunchy texture. 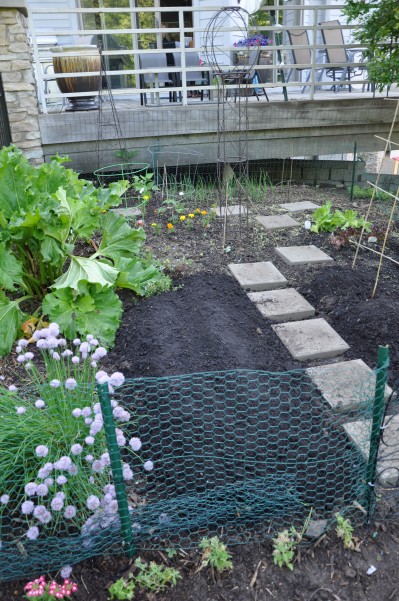 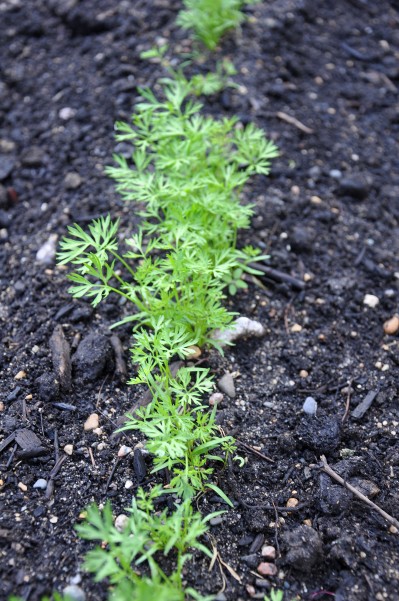 In the middle of the garden we set the trellis with a globe on top to support some crookneck squash, also from Seed Savers Exchange. Apparently the packet was lost in the planting so we don’t quite know what’s going to come up.  The seeds may be the CrookNeck Squash from Seed Savers, which says they’ll be huge (10-20 pounds) and easy to slice and cook into pies or soups.  I’d bet they’d be good mashed with a little butter and brown sugar. Regardless, here they come popping out of the ground, and we’ll find out what they really are. 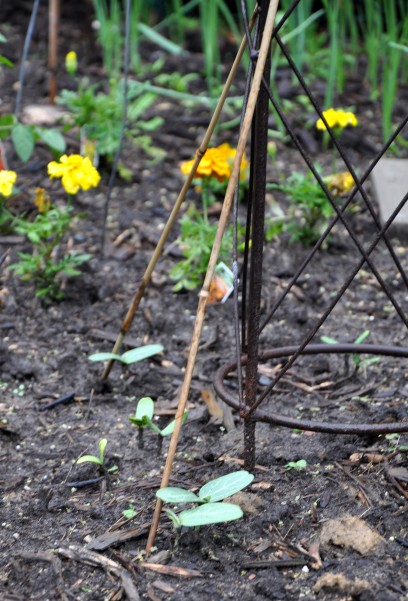 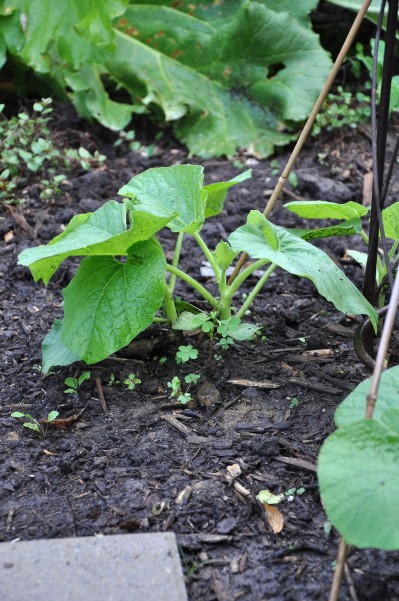 The pea’s came up quickly and will be supported by 2 arched trellis’ standing side by side. One side is a snow pea and the other is a traditional pea that will need shelling. 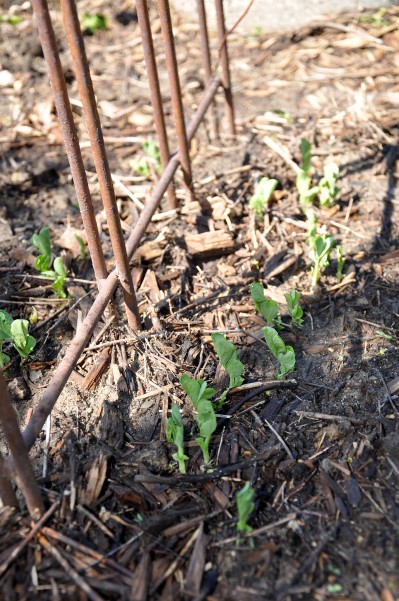 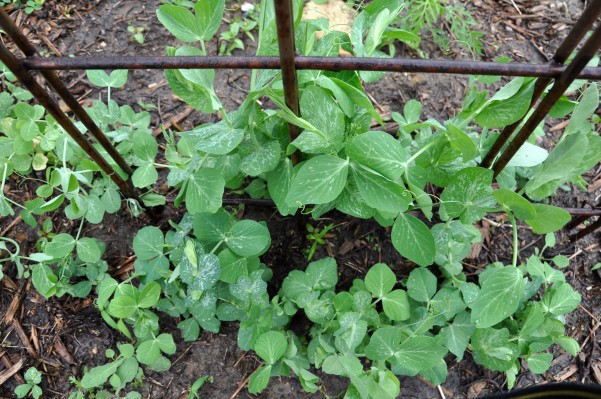 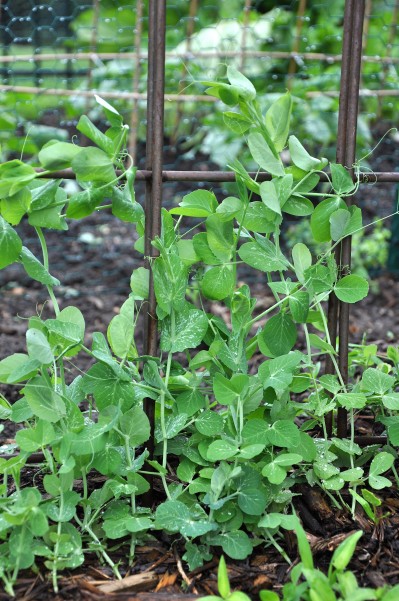 The asparagus loved being uncovered from the pine tree and allowed to breathe and get lots of sun and water.  It produced many meals of yummy asparagus and kept well in the refrigerator.  We did add 4 more asparagus roots and in a couple of years we’ll really have a nice crop. 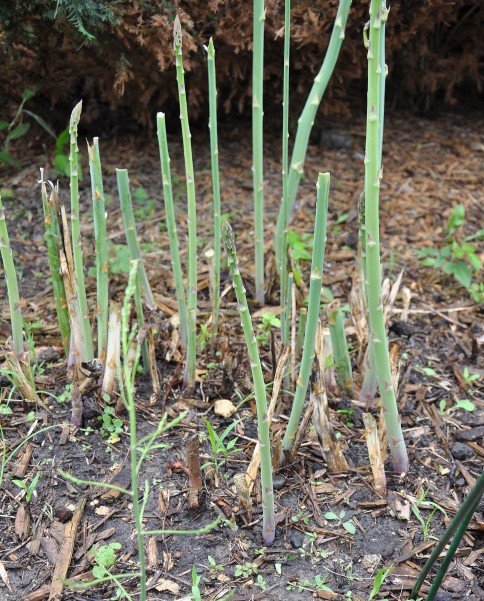 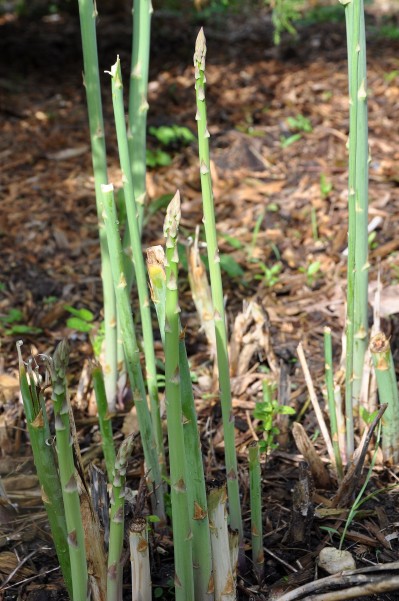 There were a couple of packets of year old seeds which were planted along the fences, just to see if they’d sprout. 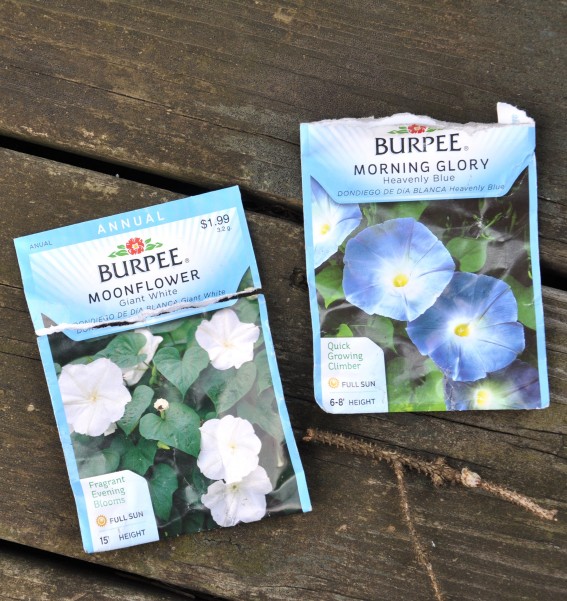 So far they’re looking a little sad and I can’t imagine they’ll reach the height on the packets.

That sums up the first couple weeks of the kitchen garden.  We’ll see what’s blooming and producing by the end of the month of July.  See you then…