It’s hard to believe but we are almost through North Dakota. First stop for day 3 was the Painted Canyon Visitor Center in Theodore Roosevelt National Park. There is a great view of  the canyon from the visitor center and the center itself has some very interesting displays. It is easy to miss because driving down the freeway you are focused on Medora, ND, where the entrance to the South Unit of the park is located. There is no entrance to the park from the Painted Canyon visitor center. 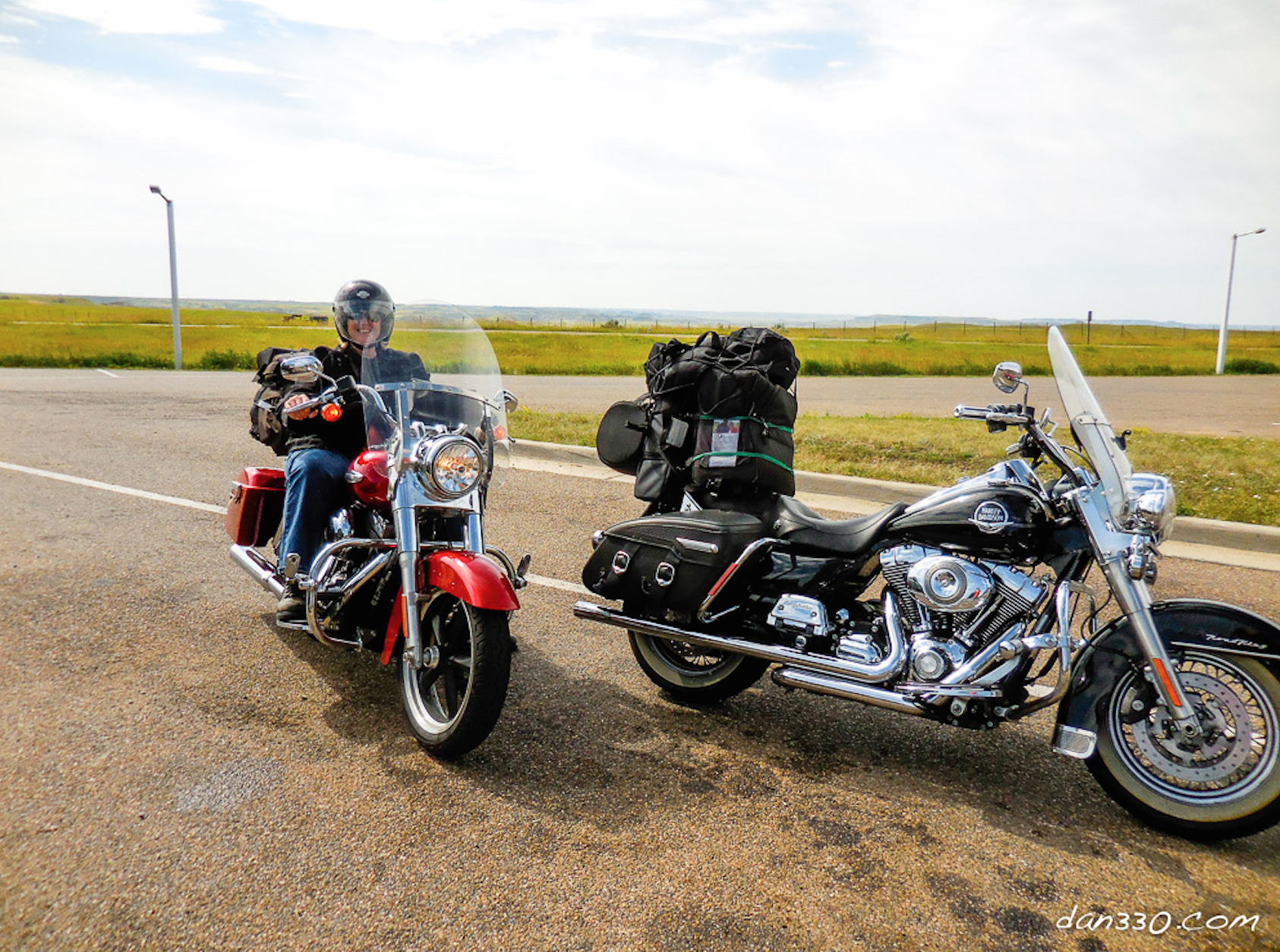 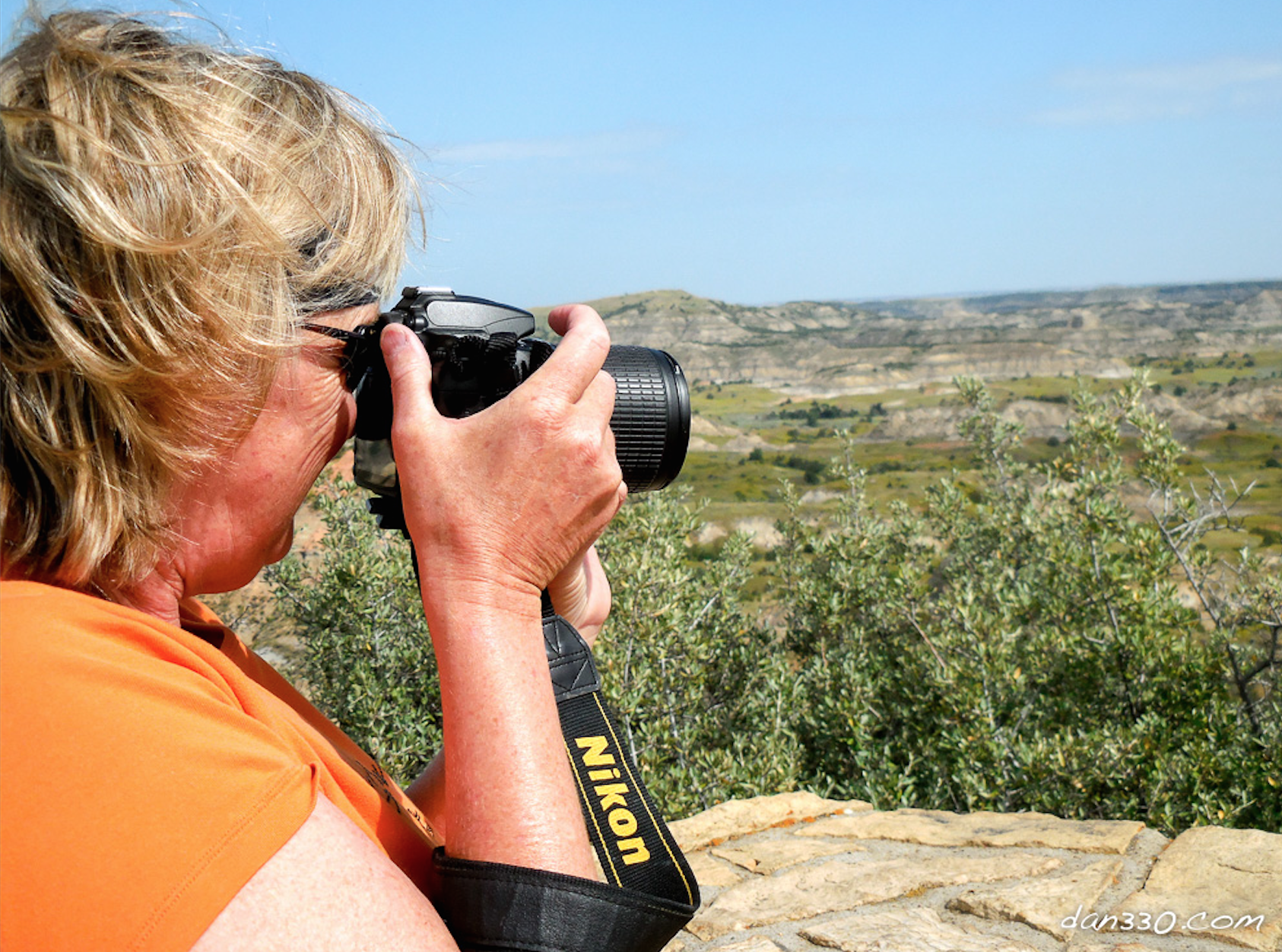 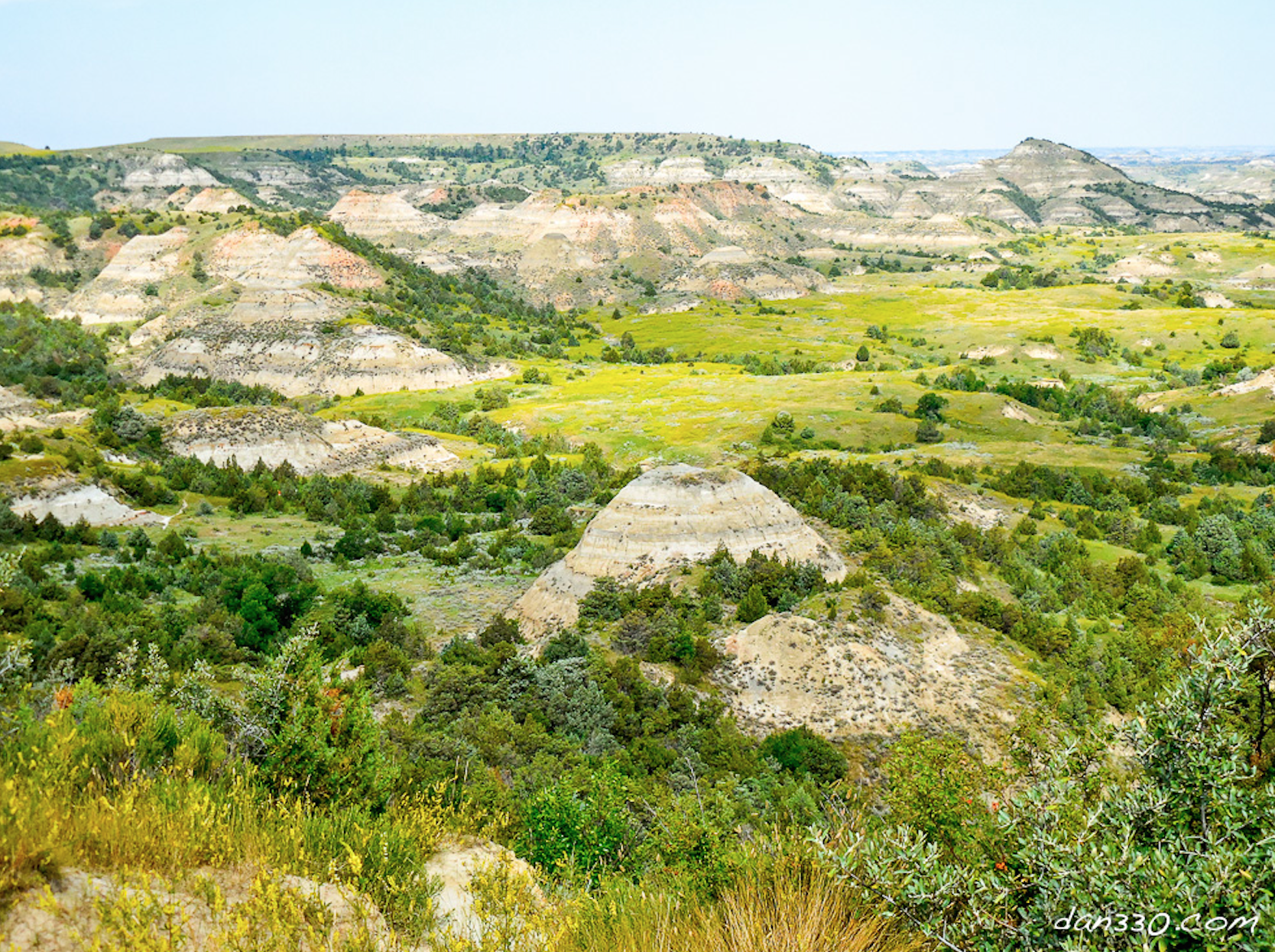 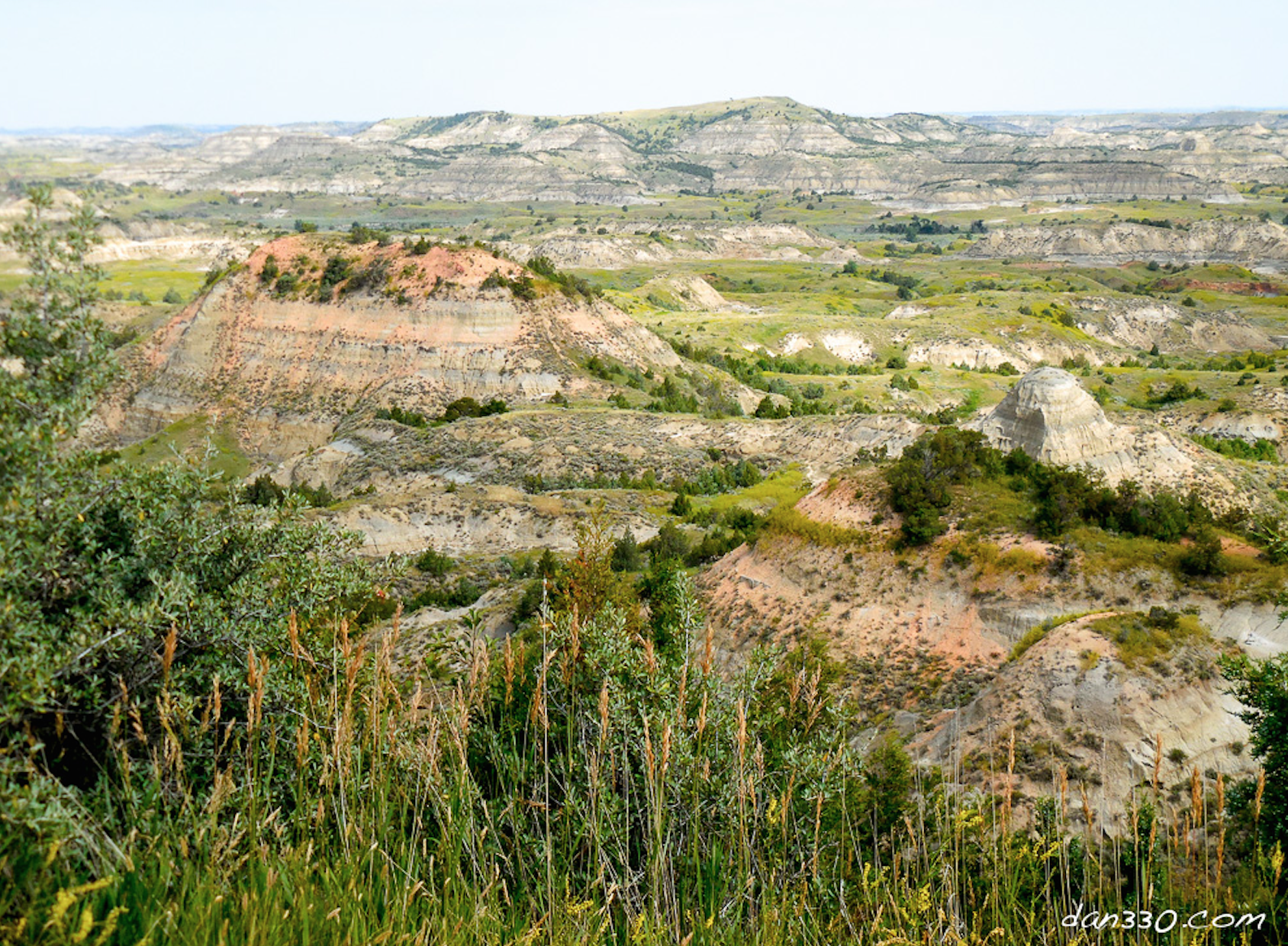 After a couple of pictures we were off again to Medora, North Dakota, just down the freeway from the visitor’s center. Medora has a charming feel as most buildings are in the old west theme without going over the top. We rode up and down the streets of town to get a feel for what Medora has to offer. We stopped at a coffee shop to get a little warm up. It was still cool in the morning and we weren’t quite out of the pocket of cold air that had plagued us the first couple of days of the trip. We were anxious to get to the park so we were off when the coffee was gone. 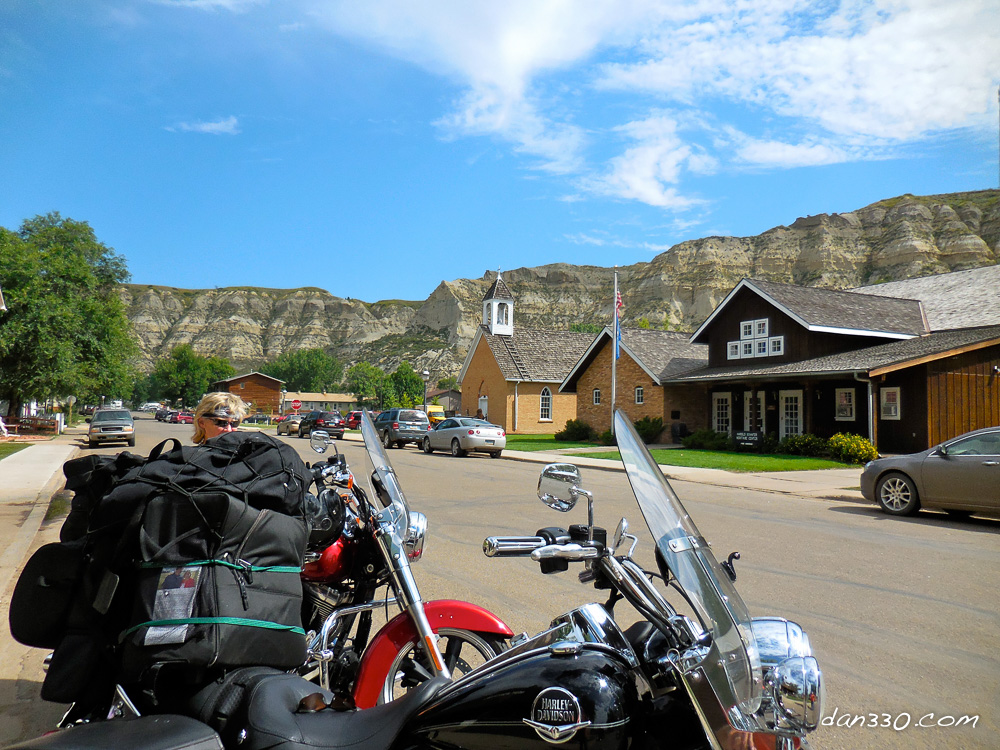