October marks the beginning of Breast Cancer Awareness month, and we see a rise in people wearing pink and supporting their local breast cancer awareness organizations. 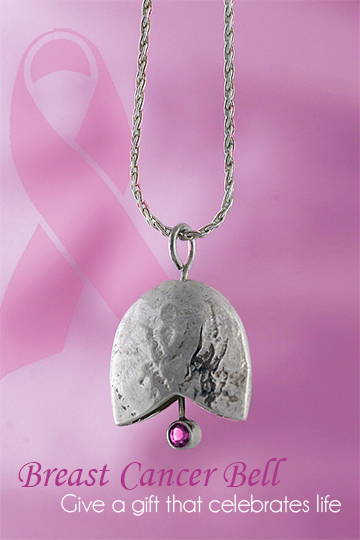 My journey with the Arise Designs Breast Cancer Bell began back in 1994.  Having finished my Masters Degree in Design at the University of MN in 1987,  my home jewelry studio became a creative place where metals were fabricated and designs came to life.

A neighbor and friend came to me one day asking if I could create a piece which celebrated the life of her dear friend who was in the midst of fighting the disease of breast cancer.  The friends birthday was a few months away, and they wanted something special to give her that year. We talked about her life which included playing hand bells at church.

That sparked and idea and I wondered if I could create a bell necklace that actually rang.  My friend loved the idea and I began to design with a few simple drawings.  Once we settled on the design I began to fabricate the first bell in silver, starting by roll-printing with lace to create a subtle texture on the surface of the silver. Next the upside down tulip shapes were sawn out of the sheet silver, slightly domed in a dapping block and then fit together in preparation to soldering.  After the outside was formed, the clapper needed to be created to move freely within the bell.  To my surprise the bell made a tinkling sound, and with the approval of the prototype, a mold was made so multiple bells could be cast and finished by hand. 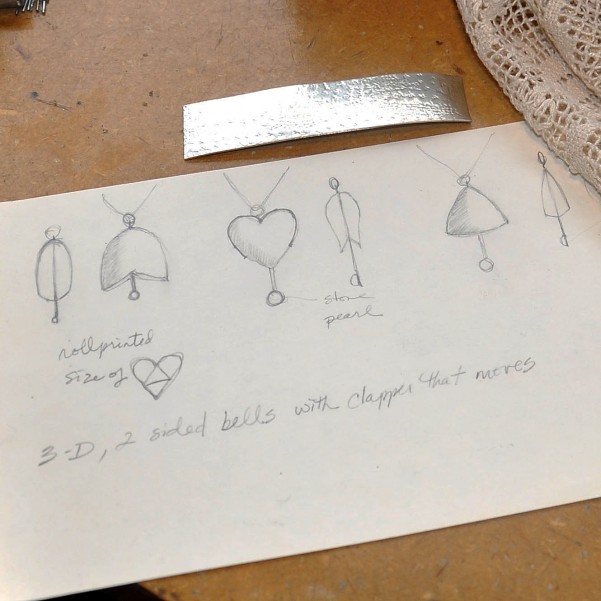 The initial order of a half dozen bells was completed and the birthday gift was a hit, so much so that more bells were ordered by friends and family who wished to be of support in her fight against this disease.  Having made the first hundred bells by hand, under a deadline, I realized I wouldn’t be able to keep making the bells individually, if we continued to get orders, which we did.

A little research produced a jewelry factory in Providence, Rhode Island that could make 500 bells as a minimum run.  Taking the leap, we ordered the bells and were committed to selling them and giving a portion of the profits to Breast Cancer organizations.

Since October is Breast Cancer Awareness month, we wanted to feature the Breast Cancer Bell in our October Giveaway on livedan330.com.  We hope you’ll want to enter for a chance to win this solid sterling necklace.  Maybe a gift for a friend going through a new diagnosis?  We’ve created a couple of pins for you to share on Pinterest… 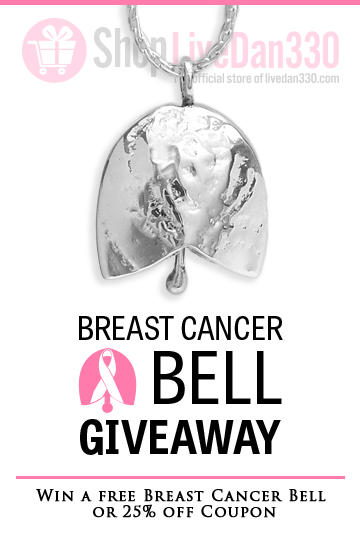 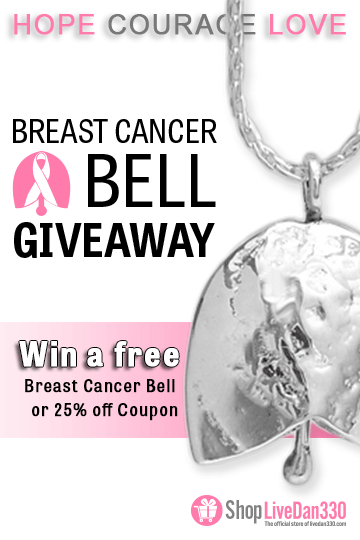 You can enter by completing the form below or go to ShopLiveDan330.com to enter our Breast Cancer Bell Giveaway and view the rest of the breast cancer bell collection.

:: A percentage of the proceeds will be donated to breast cancer research.

“There is a story for every bell,”  and it’s yours.  Join the hundreds of women wearing the Breast Cancer Bell already in support of a loved one going through her story.

We all know someone touched by breast cancer, and the Arise Designs Breast Cancer Bell is a lovely gift to give in support of your loved one.

The clapper dangling between the two sides of the bell gently rings as you move, reminding you of that special person in your life.  Family members and friends often wear the bell in support of a loved one.

A symbol of hope and courage, for all those with breast cancer, and all who support and love them. 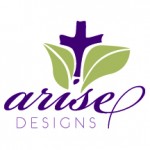 Participants must be residents of the United States or Canada. Winners will be notified 48 hours after end of contest.

We will e-mail the winner of the necklace 48 hours after giveaway completion. We will ask the winner to provide us with shipping address to send prize via USPS.