There are lots of remnants of past Hawaiian culture still present when you visit the Big Island of Hawaii. The King’s Highway, also known as the Mamalahoa Trail is one of the more interesting ones you may see. This trail is easily accessible if you know where to find it. 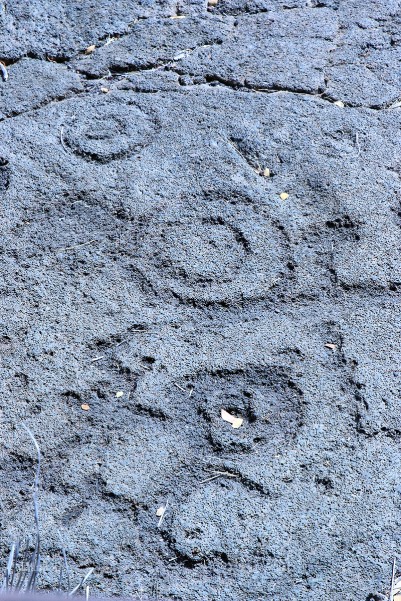 This is a rugged trail was built in the early to mid 1800’s. The original trail stretched about 32 miles from the Kona area to Puako near the north end of Hawaii. A section of the trail that you can easily visit is located between the Kona airport and the town of Kona. This part of the trail is included in the new Kaloko-Honokohoa National Historic Park. If you are staying in the resort areas north of Kona like Waikoloa or Mauna Lani there are sections of the trial that are easily visited there as well. The resort developers did a good job of preserving the trail in their developments. If you hike the trail in Waikoloa for example it offers quite a contrast from the old to the new, rugged dark lava paths stretching along a lush green fairway at a golf course. 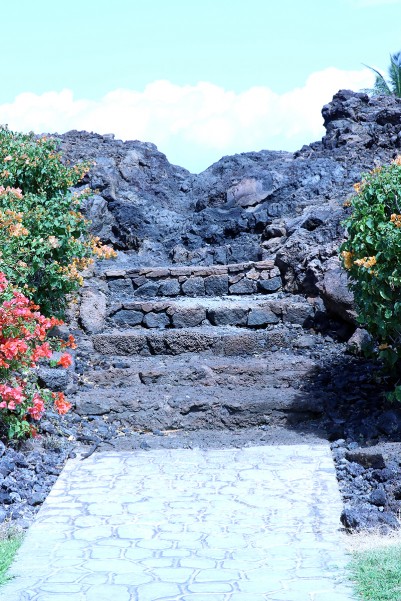 The trails are really interesting but can be hard to walk on. Carved into the lava flows the builders did an incredible job of keeping the trail straight as an arrow in many sections. Considering how random and uneven the lava flows are this was quite a feat. 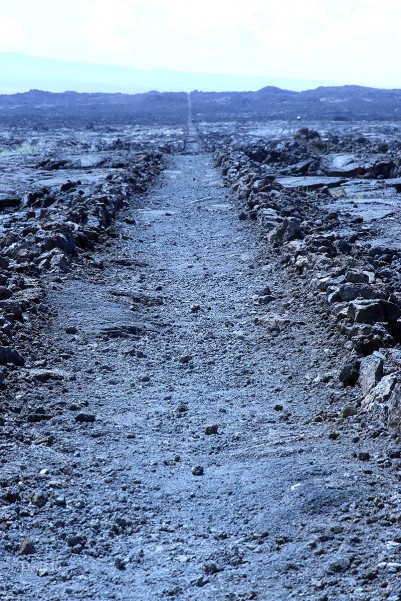 Captain Dan’s Tips for visiting the Kings Trail: One of the easiest areas to visit the King’s Trail is by the Queen’s Market Place in Waikoloa. The trail is well marked and has historical plaques describing what you see. If you want to hike the trail wear sturdy shoes. Flip flops from the beach are not recommended. If you want to see petroglyphs, across the street from the Queens Market Place is an area of marked petroglyphs. Most are off limits to hikers so be respectful of that. You can still see them quite well from the viewing areas. 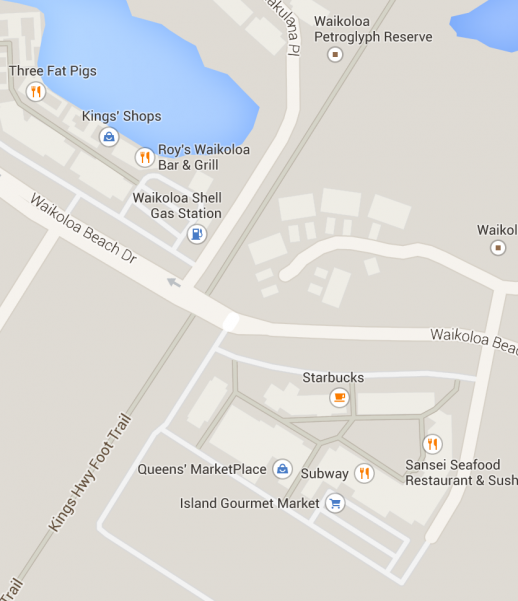 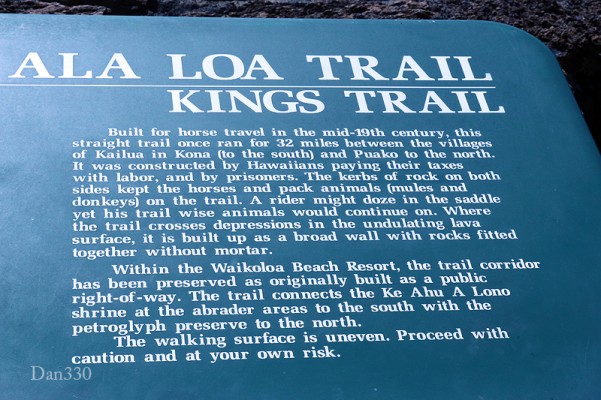 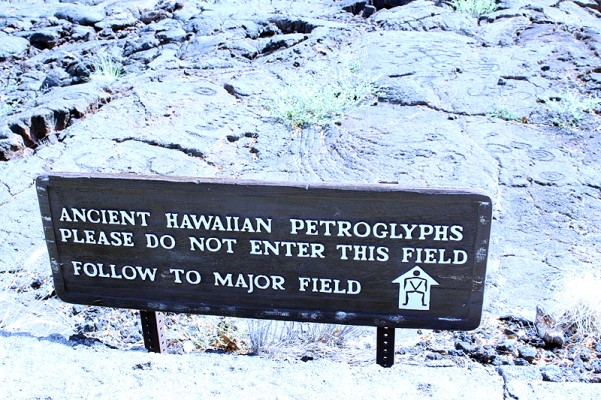 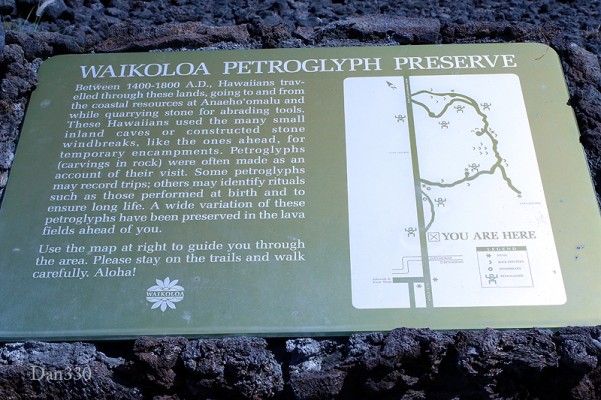 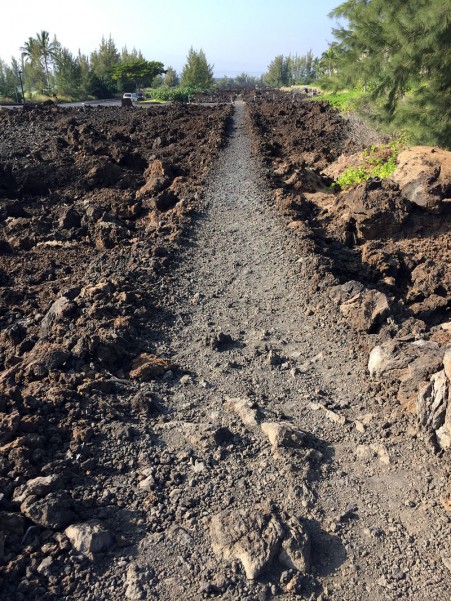