Your home isn’t much of a home without great entertainment systems in place. When the long, hard day is over, there’s nothing better than getting back home and relaxing in from of a good movie or playing games with a bunch of friends. So, if your home entertainment isn’t up to scratch, it’s time to think about making a change.

Some of the changes you make will be expensive, and some will be cheap. And some can be done in a day and others will take a lot of time and dedication to get right. But all that time, money and effort that goes into it, will be 100% worth it when it’s all complete. So, here are four great ways to improve your home entertainment possibilities.

Don’t worry, I’m not talking about books. Home entertainment should have two main branches: games and movies. And there’s no point having a great home cinema or gaming system if you don’t first have an unbeatable library of games and movies to explore.

This is something you tend to amass over time, but make an effort to collect the best games and movies released every year. You might want to delve into the history of cinema and gaming to get copies of the best of each too if you’re a bit of an obsessive collector like me.

We all love going to the movies, but more and more of us are watching movies at home nowadays too. With the endless stream of DVDs and Blu-Rays, as well as streaming services, we can watch any movie at any time. But you surely want to watch them in style!

If you have a big house, you could create a real home theater. Get some great chairs, a top quality projector, and a big pull-down screen, and you have your home cinema. Or you could have a professional company develop one for you. 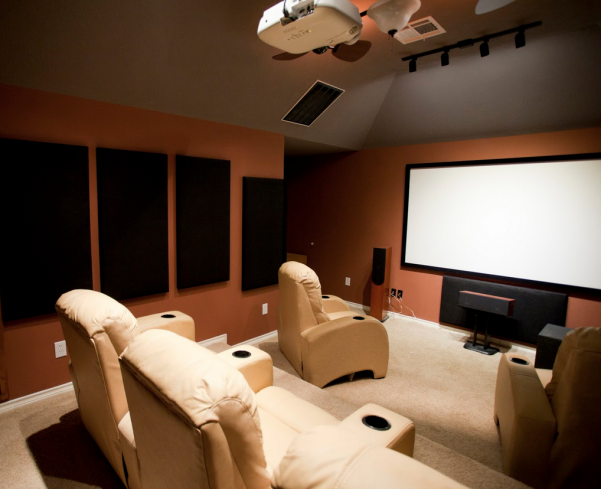 Turn the Spare Room into a Games Room

That spare room is probably full of old junk and clothes you haven’t worn for years, am I right? Spare rooms have great potential, and you’re just letting it go to waste. Without much effort at all, you could turn it into a state of the art games room.

It’s up to you what you then put in there. You could install a huge television and hook up some speakers and get playing on your Playstation. Or you could think outside the box and go for something a little bit different. Why not think about adding some pinball machines and other old school gaming tech?

Expand Out Into the Garden

Home entertainment doesn’t have to be limited to the house, think about what you could do in your back garden too! Once you’ve had a movie binge or spent all day playing on the games console, you might want to embrace the great outdoors.

I had a friend who created a tennis court in their back garden. It wasn’t even a big back garden. True, they could do nothing other than play tennis, but it looked impressive! And you could do whatever you wanted with your garden.

There are endless possibilities when it comes to turning your home into a hub of great entertainment. So, get to work and put those plans into action.