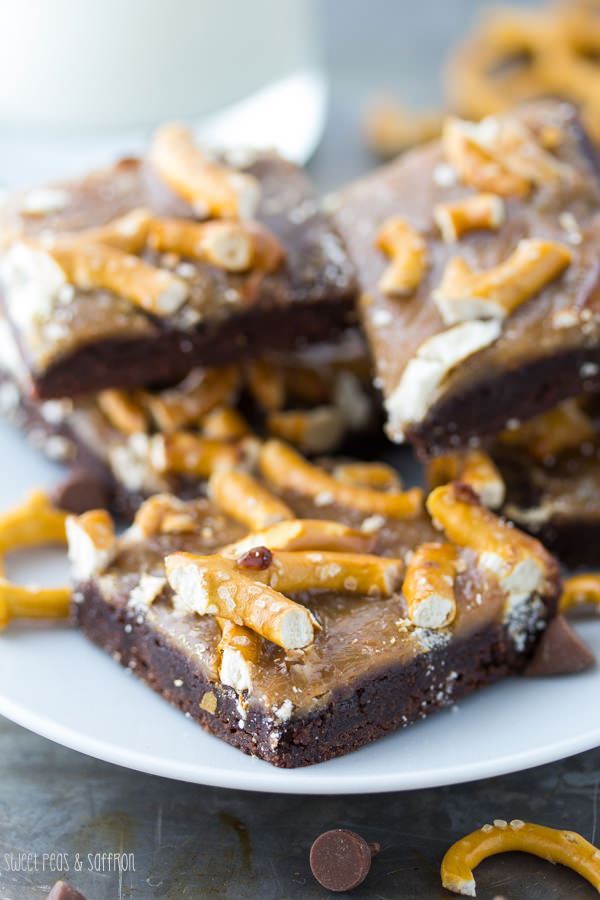 I’ve been obsessed with brownies since I made these White Chocolate Espresso Brownies.  Even though I don’t classify myself as a chocoholic, I’ve just had brownies on the brain lately.

I used the same base recipe for these guys, except I removed the baking powder.  I wanted this brownie base to be super fudgy and dense enough to support the toffee pretzel topping.  I baked the brownie base for a good 15 minutes, until they were cooked mostly through, but still moist enough to get a really nice, fudgy texture.

Then I spread the toffee layer on top and baked for another five minutes.  That toffee topping got so gooey and bubbly I was drooling through the oven door!

So easy…get the recipe here!