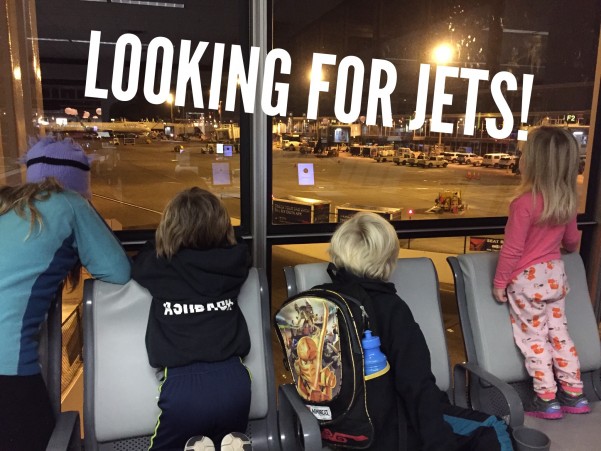 Any trip I think will be good for content creation, and it’s most of them, I will pack my camera gear. The day before departure I will check the batteries and make sure everything is working properly.

This trip was no exception. It was a good thing I checked things this time because one of my batteries for my Canon 70D was bad. It’s always a good idea to have two batteries and I will always have at least two every major trip. First, its redundancy. Things break and it is good to have a backup plan. Second, there are times when I have eaten up a whole battery. Usually, it’s shooting at night. I probably won’t be doing any time lapse images of the stars this trip but you never know. When you are in an exotic place, you need to have your equipment organized and ready to go.

Off I went to National Camera to buy a new battery. (un)Fortunately, there was a sale going on. I got my battery cheaper, but guess what was plastered on their door: The Tamron 150-600 f5-6.3. Crap. I have been eyeing this lens for over a year. But the price has come down almost $700 from the first time I looked. Needless to say, we will be shooting some wildlife photography this trip. I walked out with a $1,000 battery (and a new lens).

That night, we had a traditional pre-vacation Chinese takeout meal because we didn’t have any food in the house and then settled the kids to bed as early as possible. In all, we did pretty well. 6 people, four checked bags, and six backpacks for carry-ons. A good friend was lined up to drive us to the airport at 3:15am that night and all was well.

Planning a Traveling to Costa Rica

Costa Rica is a tropical nation in central America with coasts on both the Caribbean Ocean and Pacific Ocean. There are two major airports you can fly into. The first is Liberia, in the North and then the capitol city of San Jose.

Liberia is a very popular tourism destination and can be reached by any of the hubs in the U.S. I spent my honeymoon there and it was one of the best vacations I have ever had. The shore of the Guanacaste coast is an easy drive from the airport and vacationers can enjoy beaches, resorts, and other activities in the area.

San Jose is the capitol city further south and inland. That is where this series takes place. From San Jose we will be driving South West toward the coast and will settle next to a major national park just off of the Pacific Coast in a place called Scape Villas. We were told that it was very likely we would see monkey’s, sloths, and other animals right on our deck. In fact, it isn’t unusual for a monkey to come into the kitchen and steal food. So…. I’ll let you know how that goes.

We started our trip flying with six kids and six adults down to San Jose via Atlanta. I tweeted this selfie of myself pointing to the rest of our group in the back of the plane. 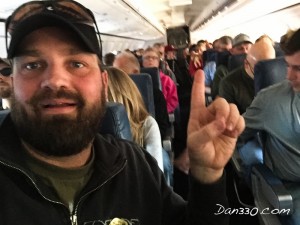 After 7 hours of flying time and an hour and a half layover in Atlanta, we were met by a bus in San Juan. And how else do you load a bus?! #throughthewindow 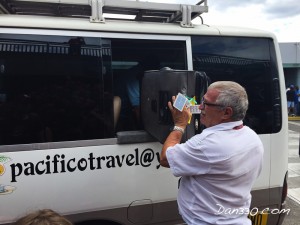 The bus drive was a little over three hours and was gorgeous. The country was all forest and mountains until you get to the coast. Then it turns into a little bit of agriculture and beach towns. 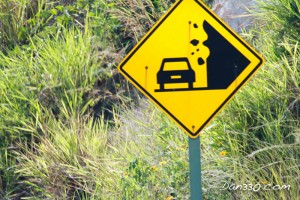 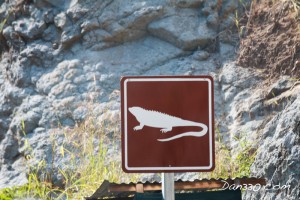 The resort areas and beaches in Costa Rica are gorgeous. Because we were tired and on a scheduled ride, the images in the post are all from a moving bus. So sorry about that. We’ll get super high quality stuff starting tomorrow. 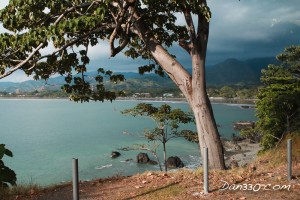 Finally we made it! Just in time for a sunset. 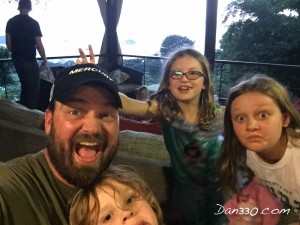 If you are reading this between December 5 and 19, 2015, follow me online at @chrisashbach on Twitter and Periscope, and chris.ashbach on Snapchat. We will be giving you a lot of behind the scenes looks at our travel and photography. Otherwise, you can just read along on our blog at your own pace. Don’t forget to follow dan330.com on Facebook and twitter too! That’s  facebook.com/dan330msp and @dan330msp.