This post has today’s wildlife and an embarrassing story of how I was outwitted by a monkey.

Today was day 4 of our trip. We had grand plans of walking the kids up the hill to do a canopy tour and see a frog sanctuary. But in all honesty we just ended up in the pool. That’s traveling with kids. But in Costa Rica, you can see wildlife at your house. We have seen howler monkeys, capuchin monkeys, squirrel monkeys, tons of lizards and birds, and today, we finally saw a sloth.

My gear was 5 stories below me, but when filming a sloth, that is like having at your fingertips. I walked down, grabbed my tripod and 600mm lens. To nobody’s surprise the sloth had moved less than a foot. Here are some of the pictures. We also have some video we will add after we get home.

We believe by the morning, this sloth could have moved 10’s of feet overnight.

** UPDATE** – The sloth did in fact make it approximately 7-10 feet on the same branch by the following morning. Here’s the image. This one also gives you some scale of how great that 600mm lens is too. This image was taken at 70mm. 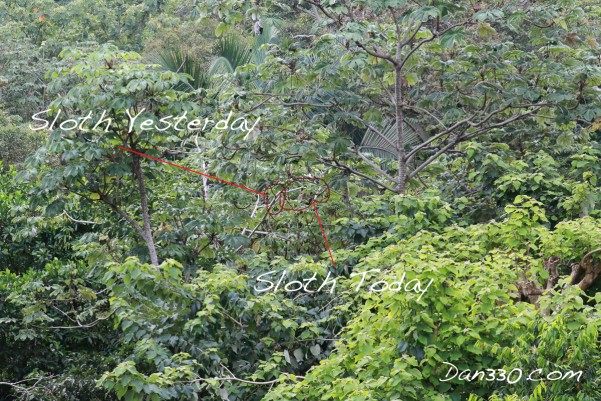 As usual, we kept hearing the howler monkeys, and had a visit by the larcenous squirrel monkeys. I wan’t my cord back! 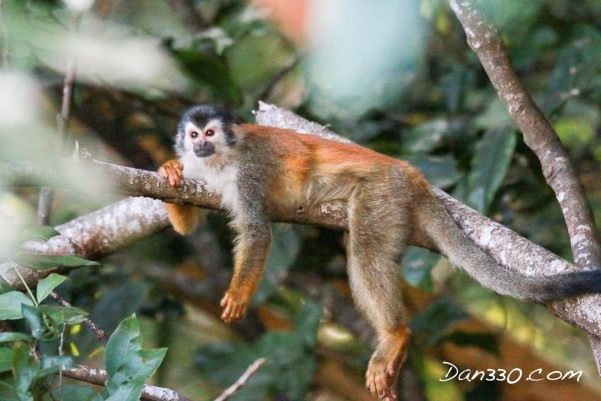 But the funniest thing that happened was when I was outsmarted by a monkey. Understand that our main living room is open air and one corner is the kitchen, which has doors and windows that latch to keep the monkeys out.  I was guarding our kitchen while we were cooking and a capuchin monkey tried to get around me three different times. After his unsuccessful bids, he went up on the roof. I thought he was gone.  About 10 seconds later, we hear something big jumping on some tin by the roof and a bunch of tiles and branches crash to the ground. I ran over to see what happened just in time for a capuchin to stick his head under the roof and look at me … while his friend ran into the kitchen. (facepalm).

I got played… and lost.

His name is Henry. I thought we were friends!

I took a selfie with a #monkey. Who is going to fling poo first? #CostaRica pic.twitter.com/ETkyP0ng60