This is a weekly series where we feature the best tailgating recipes for each week. This weeks theme: 2016 Divisional Round Tailgating Recipes.

Here is this week’s schedule: 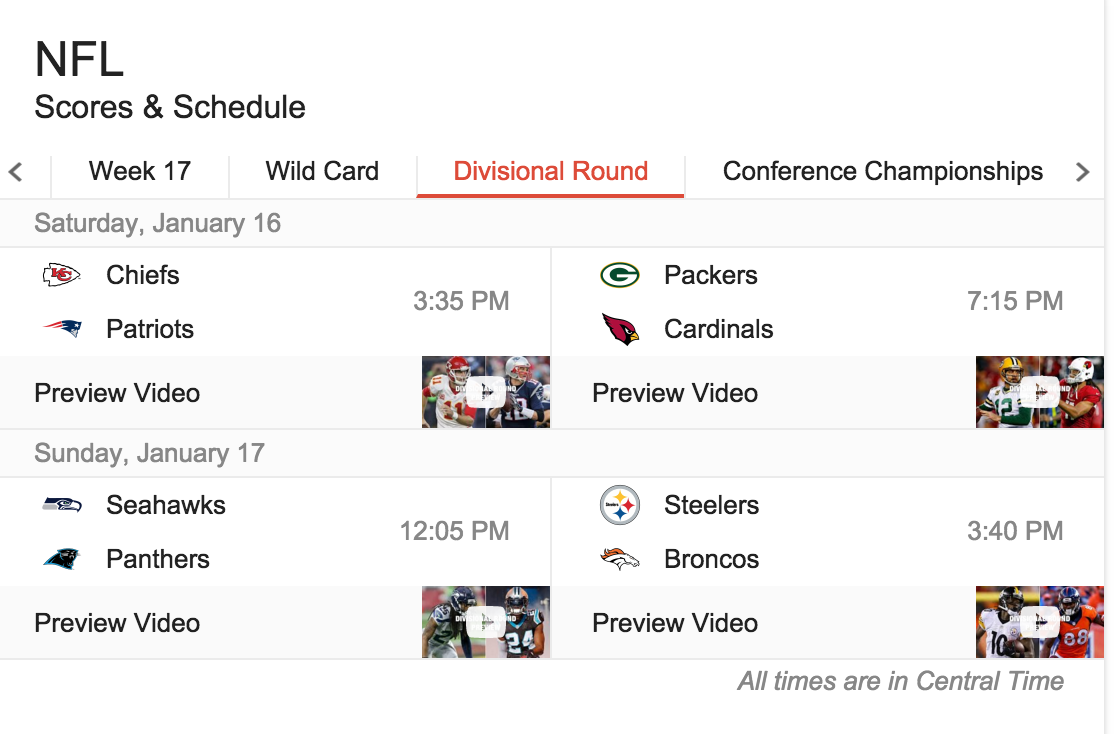 If you missed last week’s action, here is a video recap for you.

Being from Minnesota we wish we had a highlight reel of Adrian Peterson’s fumbles. There are plenty of them.

Here are our picks for this weeks Playoffs: