Well, in only about two weeks we went from the start of the sap to our trees budding. I would guess this is a shorter than usual spring and maple syrup making season. When the trees bud the sap tastes different and you loose that good sweet maple syrup we are after. I want to share a couple of thoughts on the season and tell you how we cleaned up at the end of the season. 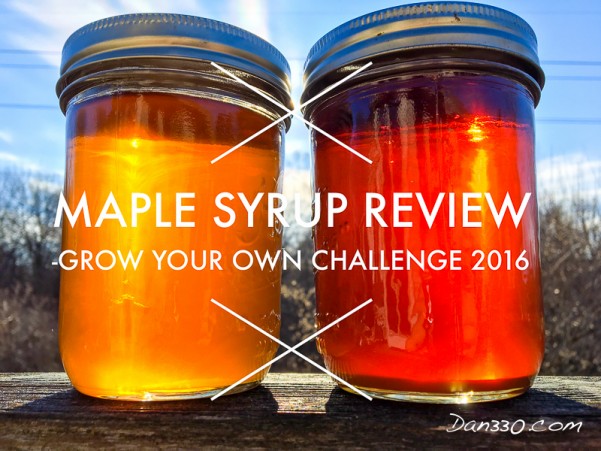 This post is part of a series called the 2016 Grow Your Own Challenge where we are making as much produce for the family as possible in suburban Minnesota. If you liked this article, you will love that challenge. You should also read the other two articles on Tapping Our Trees and Boiling Down the Sap to Make Syrup.

My first thoughts on maple syruping is that it is a fun little hobby. Like deer hunting or several others, it is great for a week or so. I got to do some manly things like burning big fires and haul bucks of stuff around, so it was a good bonding project with the boys. But next time I see maple syrup at a farmers market, I am going to ask why it isn’t $80 a bottle.

I’ll definitely be doing this again next year and I will have a lot more taps out. I found several more maple trees to tap and am looking forward to another season already.

One of the interesting things was the color of the syrup. I didn’t realize how much the color changes. Both of the bottles above are identical in process. The sap was from the same trees, they measured the same density, and I processed it exactly the same way. But look how different the color is! Gradually over the season the color of syrup turns darker.

Final Results and Un-tapping the Trees

When it was all said and done, I was fairly pleased by the experience. The production was less than I hoped for but now I have some real experience and know how to approach next year. First, out of the 11 taps I set out only about 9 produced anything. I put one in an Amur Maple to experiment and one in a very large tree between the main trunks that did nothing. So I won’t make those two mistakes again. So that left me with 9 productive taps. Out of those taps, I was able to produce a little more than a gallon of syrup in the end. Without a doubt, if the trees didn’t bud, I would have easily doubled that amount. We just had three really warm days in a row and it started to push leaves out and the following week would have been perfect. After giving away a pint or so to the various tree owners in exchange for them allowing me to tap the trees, I was able to store away just about a gallon of syrup.

To close out the season, I ran around to all my trees and used a crowbar to gently tap out the taps. 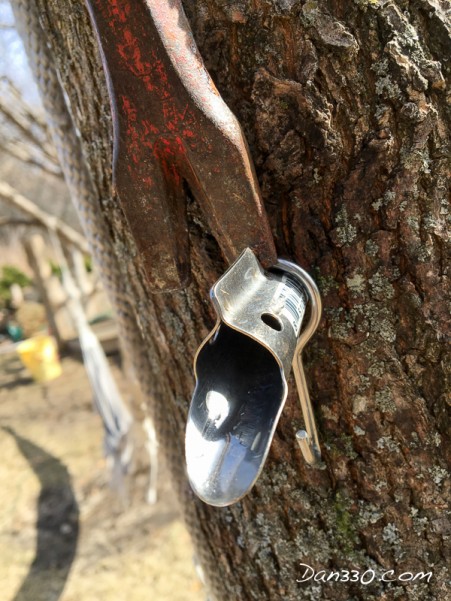 The holes in the tree were clean and no damage like cracking was done. The tree will heal itself and it will be ready for a new tap (in a different place) next year. 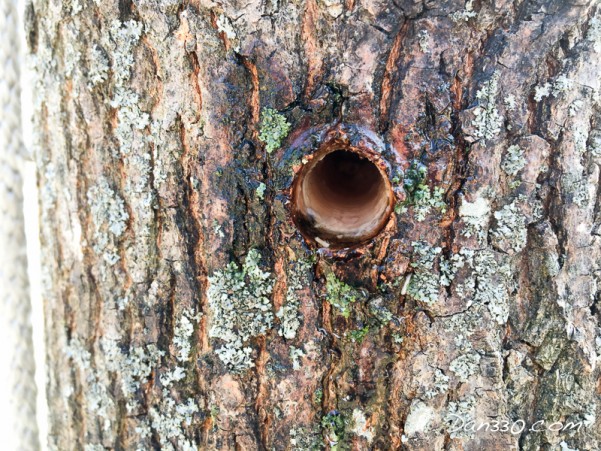