Paleo Friendly Food – The Good, The Bad, And The Ugly

Have you considered doing the Paleo diet in your quest to get fitter and healthier? Are you thinking of giving up refined carbs and sugar in your diet? If so read on for some essential advice that you won’t want to miss.

What is the Paleo diet?

In a nutshell, the Paleo diet is a way of eating that harks back to prehistoric man. Before we had specialized labor roles, agriculture and industrialization humans were hunter gathers. Hunting game animals and collecting fruit, vegetables, and seeds. These are the food group that backs up the basis of the Paleo diet. 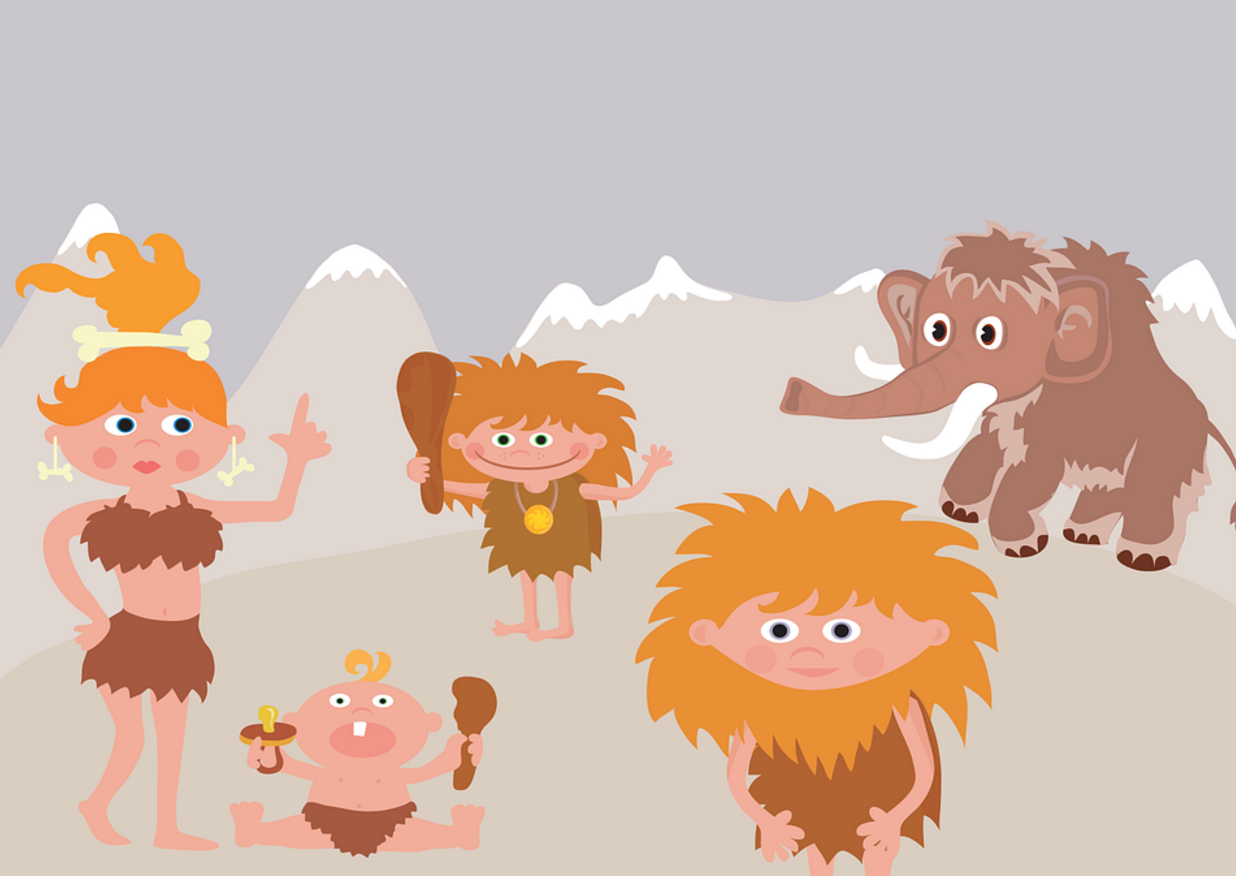 So that means that the food that forms the basis of the Paleo diet is food that would have been easily available to our prehistoric ancestors. Food like Seafood, red meat, vegetables, seeds and nuts, coconut oil and animal fats. 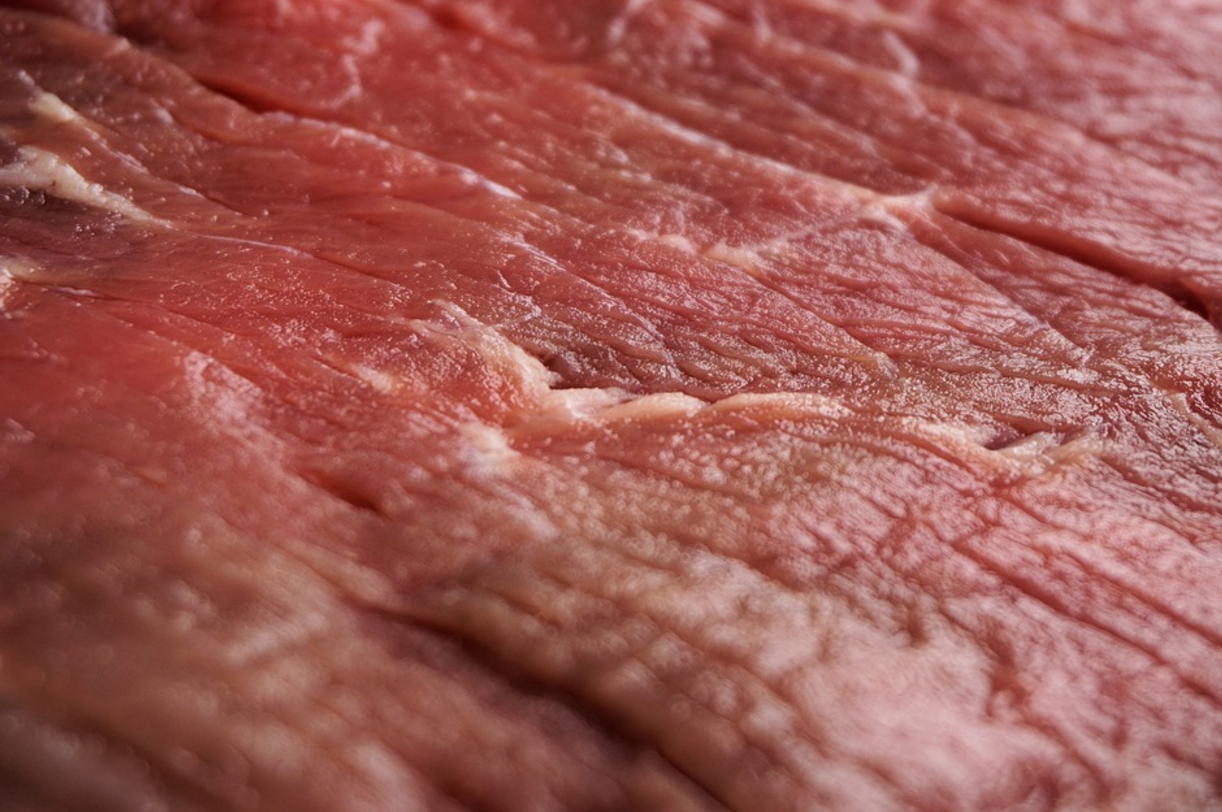 Things that need intense farming or processing to create like pasta, grains, and bread are not allowed on the Paleo diet. This also means that alcohol is out, as it is refined sugar, along with most cheeses and legumes like lentils and chickpeas.

Like any eating plan, it can take a bit of time to get used to the Paleo diet. But by its proponents swear by it, saying that it improves their digestion and helps them to maintain a healthy and balanced weight with ease.

Why does it work?

So why are people loving living Paleo and why is eating in this way good for us? The theoretical basis behind this is that our diets have evolved significantly over the last 10,000 years. But that our bodies ability to digest what we are eating hasn’t.

Going from hunter gathers to relying on agriculture meant that grain-based food became much more prevalent in our diets. But Paleo advocates argue that we are not equipped as humans to digest such a large amount of carbohydrate properly.

Simple carbohydrates are broken down very quickly in our system. They are then released into the bloodstream and cause a sugar rush and then a short time later a crash. This leaves you feeling tired, irritable and like you want more sugar, so then the cycle begins again. This is linked to all sorts of illnesses such as diabetes and obesity. It’s also why people find it so easy to put on weight. The body doesn’t know what to do with all that carb that is too much to be used, so it just stores it as fat.

Now we eat even more processed food, with little fiber and lots of sugar and the picture of our diet only becomes grimmer. That is why Paleo diet proponents encourage us to adjust our diets.

There is some confusion over the Paleo diet, though. Some people believe that it is high in fat or red meats and so can be as unhealthy as any other sort of diet. However, true advocates of the Paleo way, say the idea of the diet is designed to increase the amount of nutrient rich food that we consume. So it’s not just about cutting out bread and pasta and replacing it with meat. But also having more of a varied selection of vegetables and other nutritional boosting natural items in our diets. 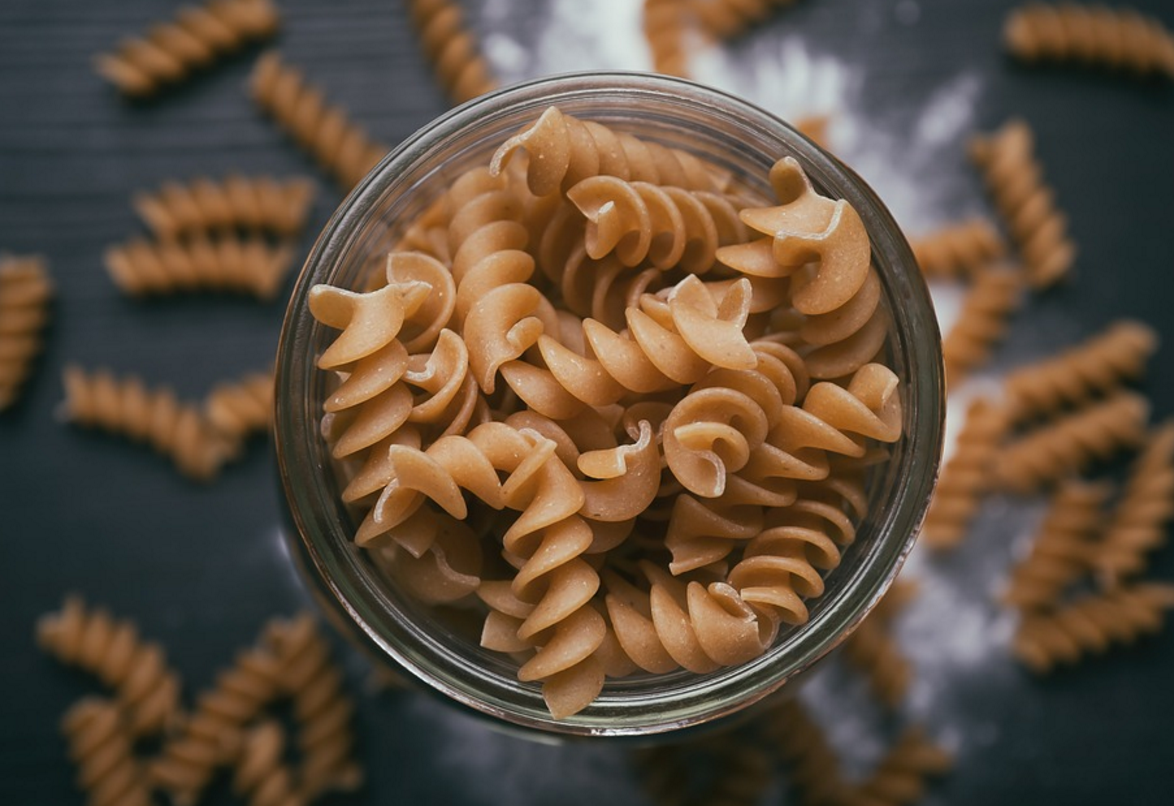 The other big controversy is Paleo circles is whether or not you can eat potatoes. Of course, potatoes are a vegetable. But they are also full of starch and so qualify as a carbohydrate. In fact, many eating plans go so far as to limit their consumption or ban them altogether! 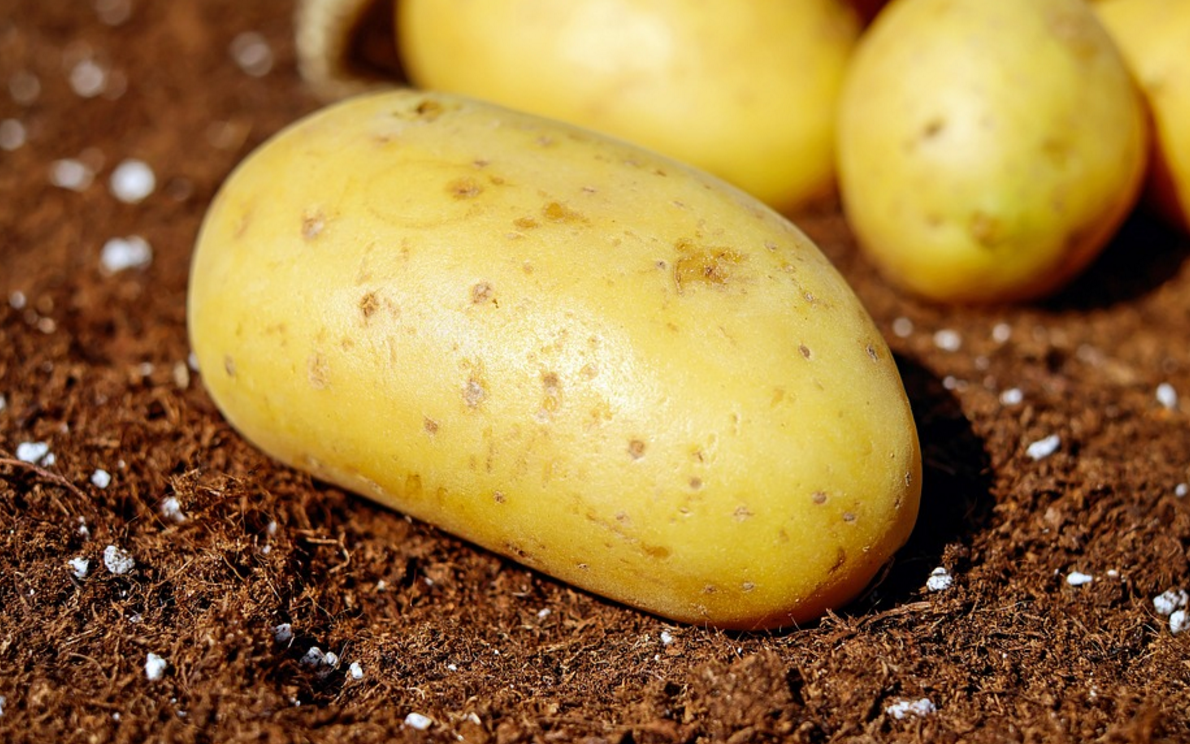 So what is the truth here? Can Paleo eat potatoes? Well, the short answer is no. Replace those white potatoes with the sweet variety instead. This is because sweet potatoes contain less starch and so do not affect the bloodstream in the same way. This means they won’t cause such a sugar rush and crash cycle as normal white potatoes will.

So now we have the basics of the Paleo diet down and why it works now it’s time to look at some specific recipes that you might try out. Of course, there is a glut of Paleo meal ideas out there on the interweb, and some are better than others. Check out our suggestions below:

There are actually plenty of yummy things to eat on the Paleo diet; once you’ve wrapped your head around what you can’t have. One of the best is cauliflower couscous. This is when you cook the cauliflower, remove the head and then use a blender to shred it into small pieces resembling couscous. 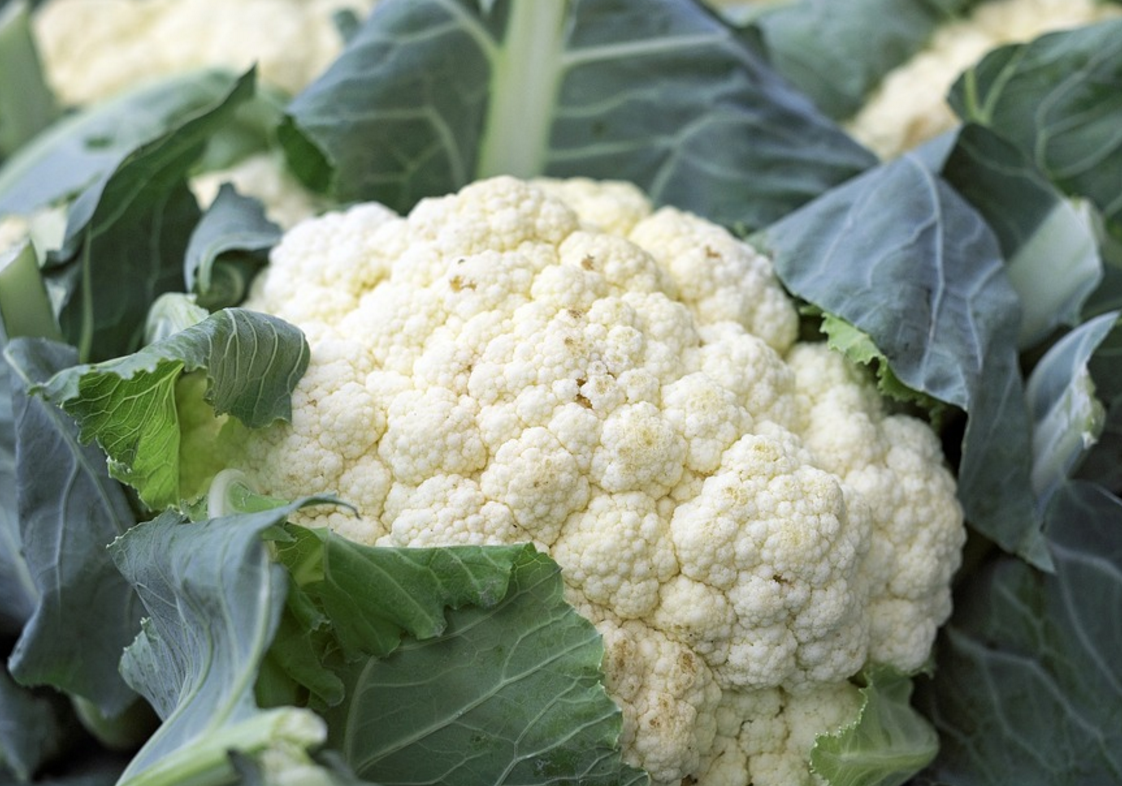 This one is actually surprising because it was actually better than regular couscous. It’s light and tasty, and it absorbs any of the dressing that you put on it, for a flavourful accompaniment to fish or meat. A particularly good meal is this Hemsley and Hemsley Cauliflower Tabbouleh and Meatballs recipe. The lamb meatballs are tender and juicy with just enough spice, and the tabbouleh is sweet and tasty. Definitely, use the radishes in the recipe to garnish it, as they give it just that little bit of extra kick.

One of the best thing about the Paleo diet is that although you can’t have refined sugar, you can still include chocolate in the form of cacao. This is the unsweetened powder that comes from cocoa beans and can be used in both sweet and savory cooking. 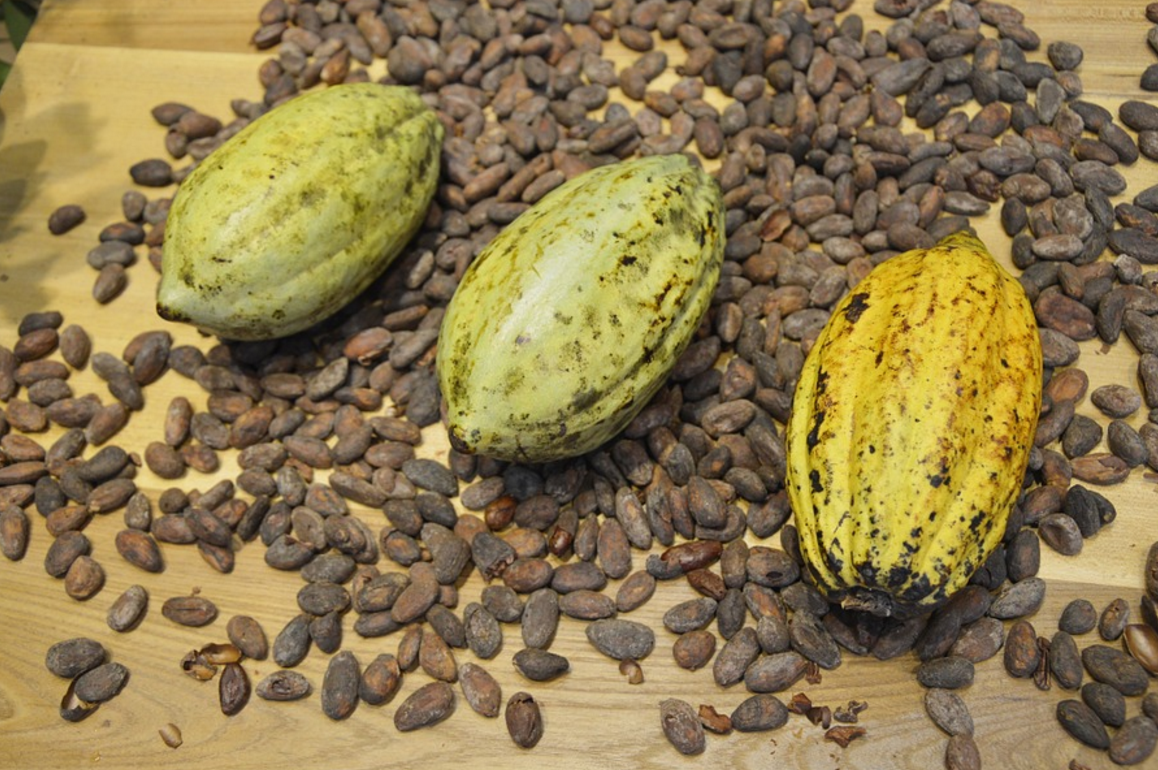 A great Paleo recipe using cacao is this chocolate mousse from Kayla- Radiant Life. Its very simple and only contains five ingredients. These are coconut milk, cacao, raw honey, vanilla extract and some nuts. (Used sprouted if possible as they are more nutrient dense).

Probably the most difficult thing is getting the coconut milk to separate into cream and water. Kayla explains this well withing the recipe here.  Remember you’ll only need the cream part for this recipe but you can use the left over for another dish. Just keep it in the fridge.

If chocolate isn’t really your thing, try my pumpkin mousse recipe instead, which is high in protein and low in carbs and makes a lovely pudding. The protein comes from a powder main of seeds. This is perfect of the Paleo diet, most Proteins powders are made of whey. This is a side product from the dairy industry and of course most dairy is meant to be avoided, or at least limited on the Paleo diet.

Another dish that even your non-Paleo friends will enjoy is Yotam Ottolenghi’s French Beans with Shiitake. It makes a perfect accompaniment to steak or chicken and is delicious and nutrient dense. You can get the recipe here. Check out his other salads which are easily adapted to the Paleo diet while you are there.

Lastly, try these try these coconut flour pancakes available online at blog.paleohacks.com/coconut-flour-pancakes/. Served with maple syrup for an added treat, then make a perfect breakfast or combined with fruit have them at any time of day.

Now we have shown you a few recipes to enjoy. I think it’s best if also to cover the ones that you might want to approach with caution. Firstly we have the obligatory Paleo cauliflower pizza. There are lots of recipes available from famous chefs for these available here, and while they look perfectly edible, are they the best sort of Paleo meal to eat? 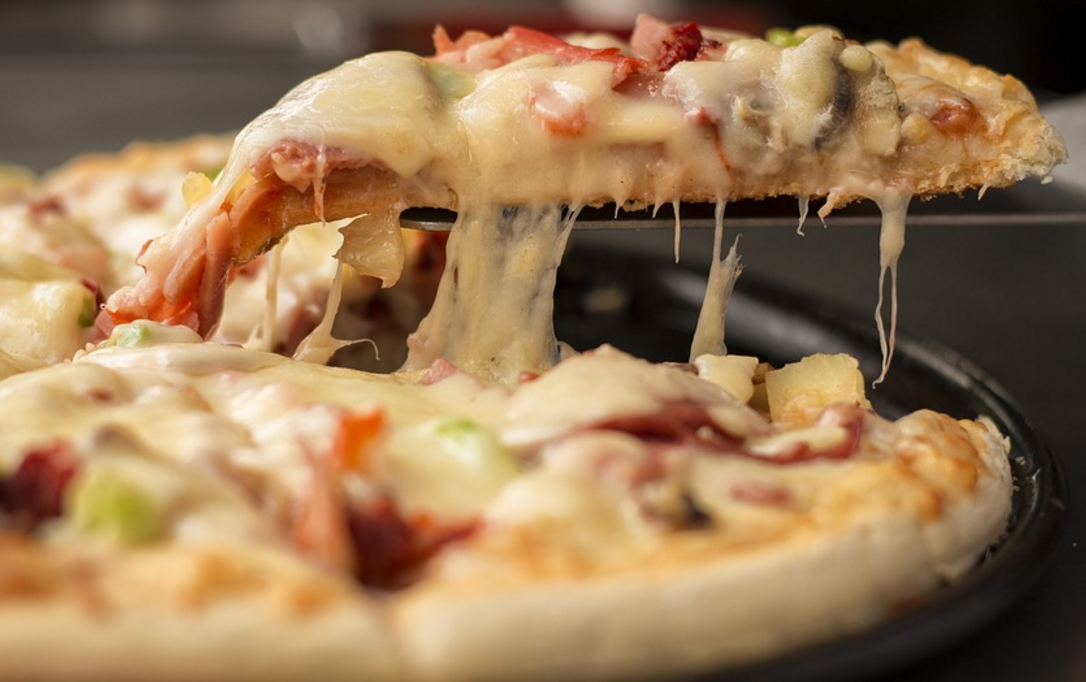 Now I recognize that some people like to commit to an eating plan 100%, and I respect that. However working to an 80-20% principle often works just as well. It also means you don’t feel restricted or that you deny yourself to the extreme. In the spirit of that, why not save up your pizza slice for you 20% time and skip the cauliflower pizza altogether.

The next dish that you should give a wide berth to is the tuna cucumber roll unless you really like cucumber and tuna that is. While I’m sure that they are delicious, they look like a way of having a sandwich without the bread, and that isn;t that the best part? It just seems like a real diet type food, rather than a delicious and nutrient-dense meal. Which is something of a waste, when there is such nutrient-rich and delicious food out there to choose from on the Paleo diet? Maybe they’d work well as a quick snack, to fight off hunger cravings until dinner time.

Talking about sandwiches without bread, then there is that stuff that you can see all over the Internet called Cloud Bread. It doesn’t seem to look a lot like bread, and probably doesn’t taste too much like it either. Of course, the idea of substitutions in recipes is great, but whether it works subtitling a whole item for another one is yet to be seen. Sometimes it just makes you realize what you are missing. Maybe it’s best to avoid those sorts of dishes altogether, isn’t that really the idea anyway?