This special recipe for Appam is softer and easier version of Kerala Palappam. Tasty and easy Appam/ Rice pancake is made with rice and Aval/ Rice flakes batter, fermented with yeast. It is quite healthy and easy to prepare.

Appam is a favourite breakfast in Kerala. Palappam, Appam, Vellayappam are all differerent names for the lacy Rice pancakes, traditionally prepared with fermented rice and coconut batter. Aval Appam is a modified version of traditional Palappam. For most people, preparing Palappam batter in the traditional way is a herculean task. Earlier, Appam batter was prepared using coconut milk and Kallu (Toddy). Later, the method of grinding the coconut together with the rice and adding yeast for fermentation became more popular. Now, instead of coconut, Aval/ Rice flakes are grinded to get the same lacy texture of tasty Kerala Palappam. 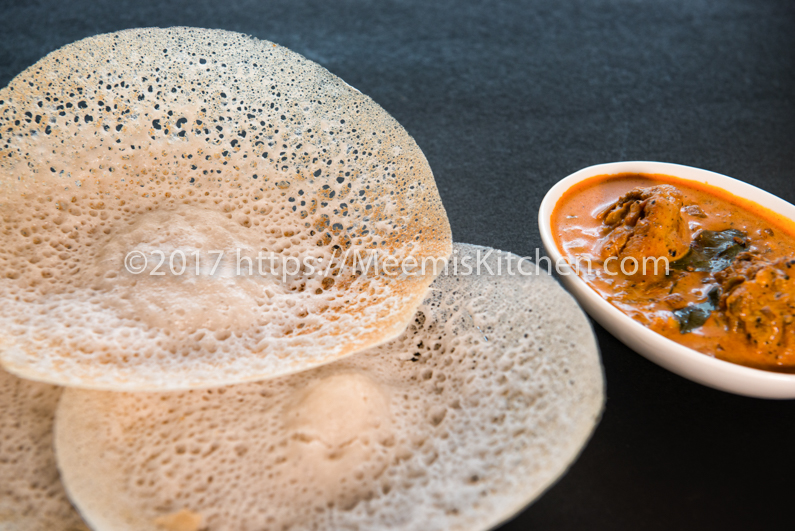