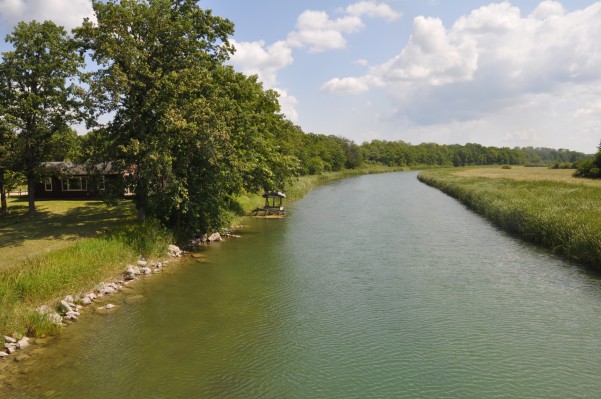 The Mississippi winds leisurely through the woods and wetlands, towards Grand Rapids, which was home to Judy Garland.  Isn’t her home just what you’d expect in 1922? 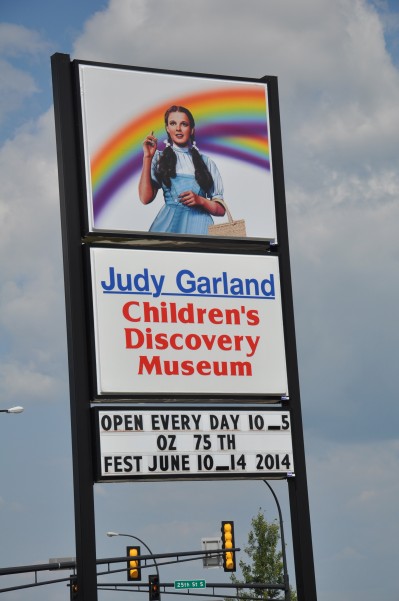 From Grand Rapids we travel south and then west toward Brainerd. We made a stop at a riverside park because Granny’s getting tired.  There isn’t a fisherman that Dan won’t talk to.  He calls me nosy, but he has to know what they’re fishing for and what they’re using for bait.  We have more than one picture of some strangers cooler with their catch on ice.  I’m sure this trip will afford many of these opportunities.  He also learned that this young couple was from Princeton, MN and were vacationing with their trailer and two 4-wheelers.   When we left, the wife says to me, “I hear you’re the boss.  Have a great trip!”

After a rest in Palisade, we’re back on the road to Brainerd where the Mississippi begins to show its weight.  We’re in Cuyuna Iron Range country which produced tons of high-grade manganese for WWl and WWll, as well as logging for lumber and paper products.