Highway 96 lead us to Quincy, Illinois where we stopped at a visitor center overlooking the Mississippi River. 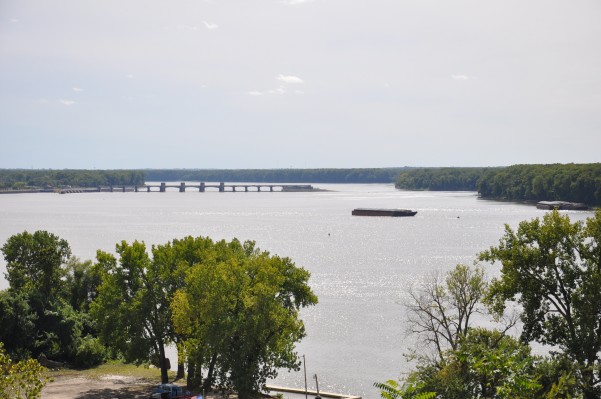 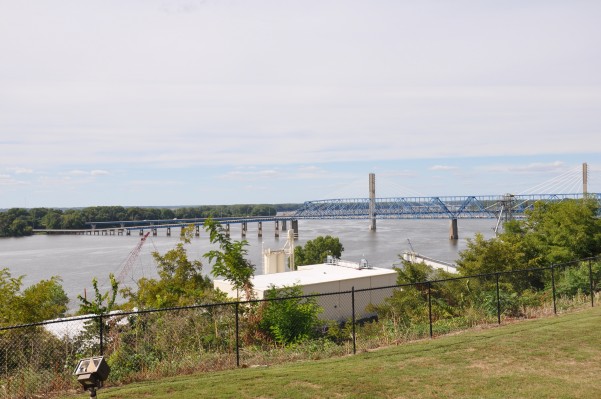 We didn’t spend too much time in Quincy as it was getting late in the day and we still had a ways to go to get to Hannibal. Traveling by motorcycle, daylight and fatigue are a factor and sometimes you don’t get to stop and see everything you would like to.

We had been to Hannibal before so when we arrived we had some idea of where we were going. Our hotel was just down the hill from the freeway bridge near the historic section of town. Last time we were here the Mississippi was flooding and the levee was all closed up. The waterfront area was under water so it was nice to see some of the things we missed. 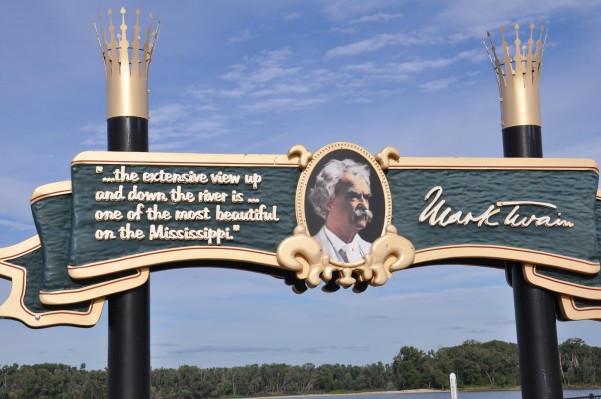 We finished our tour of the waterfront and found a place to have dinner in the old part of town. The Brick Oven serves wood fired pizza and calzones.

This was a long day. We were tired and it was time for us old geezers to call it a day. More on Hannibal in the next segment.