It was a beautiful fall day. The perfect day for a cup of soup; Remember the Cup of Soup bit from Saturday Night Live? I can’t help but say it like he does whenever I hear “cup of soup.” Anyway, I wanted “a cup of soup” and had just gotten a lovely bunch of leeks and potatoes from our CSA. I thought, this is perfect! I can make one of my favorite fall soups on a perfect fall day! 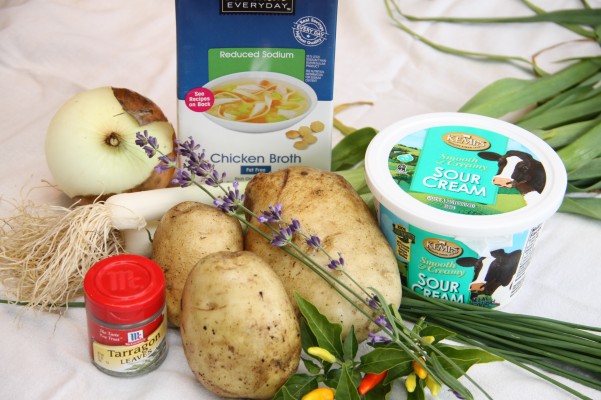 To start, melt 3 Tbsp butter in a large soup pot. Add the leeks, thinly sliced (only the white and light green part) and 1 tsp tarragon. I did not have any fresh, so just used dried. This alone is an amazing smell in the house! Cook this on medium/low for about 15-20 minutes until the leeks and tarragon have melded in flavor with the butter. 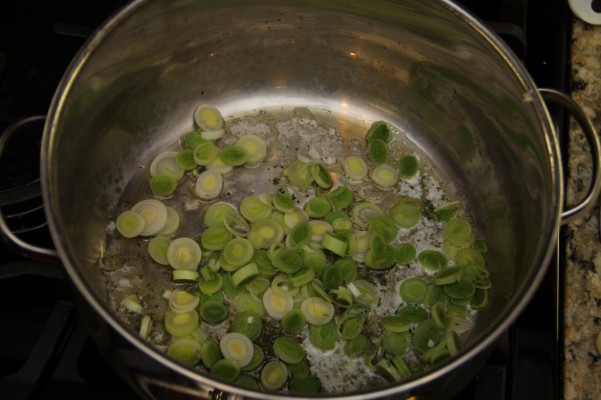 While this is on the stove, peel and thinly slice 1-2 pounds of potatoes. I erred on the side of more as I like a heavier soup. Here’s a tip when slicing potatoes thin; I don’t have a mandoline slicer, so I do it the old fashioned way, with a big knife and cutting board. Once I have the potato peeled, I cut a flat surface along the side that I will have on the cutting board so the spud lays flat so I can cut the rest without the tater rolling around. 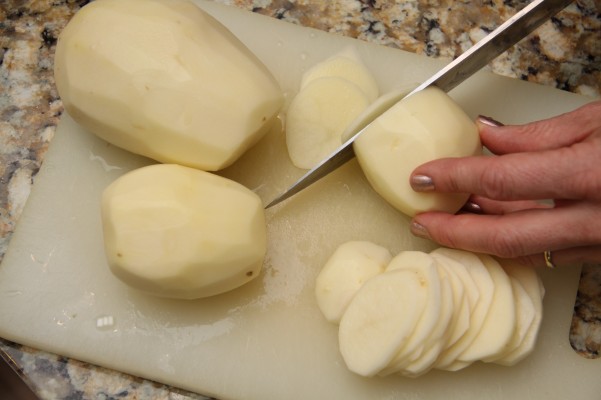 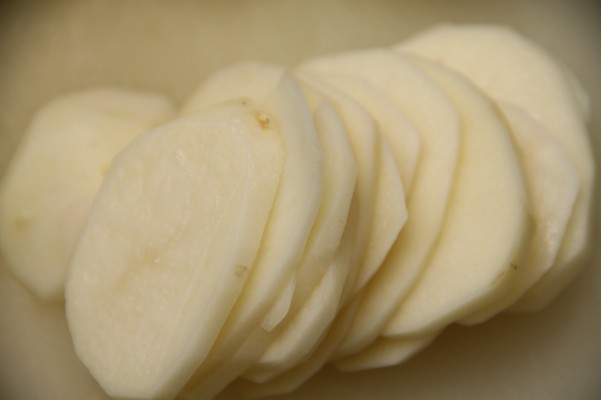