It rained hard in Greenville overnight. It was raining when we got up too. After watching the radar for a couple of hours it was apparent that the only direction to ride this day was west. The storms formed and travelled along our original route through Vicksburg and slowly drifted east. It would have been a long wet day if we had ridden along the river through Vicksburg to Natchez. Driving west and out of the rain you couldn’t help but notice the flooded fields and the ditches filled with running water. Apparently there was around 5 inches of rain overnight in some areas. Just east of us it continued to rain all day. 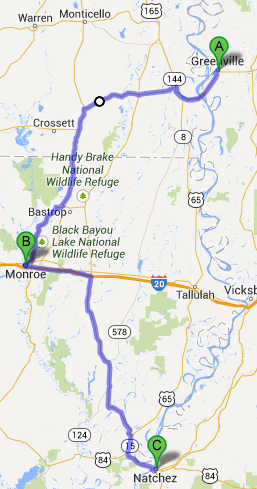 The good news is that by going around the backside of the thunderstorms we ended up in Monroe, La. Unless you live in bubble you know that this is the home of Duck Commander aka Duck Dynasty. We looked up the address of Duck Commander and navigated our way right to the warehouse you see on TV.

There was much excitement when we got there as “Willy” had just entered the building. We missed him by about a minute. 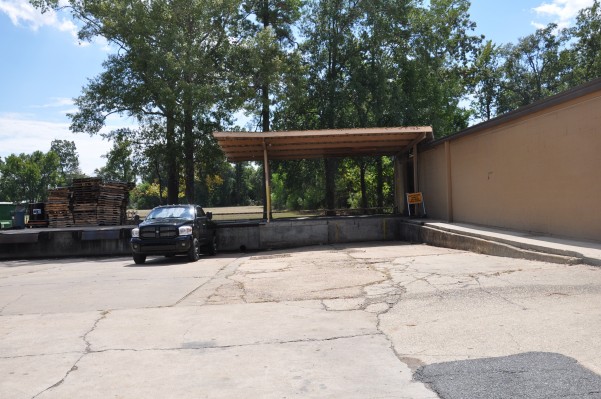 It was so funny to see the loading dock and other parts of the building that are featured on TV so often. Reality TV, real people, real places. I guess it is something we are craving for in a America.

They have remodeled the building to put a Duck Dynasty merchandise store there. The store had all the usual T-shirts and hats and bobble heads. It was hokey but fun to see. The only hint that these guys have made the big time is the custom tractor trailer in the parking lot. 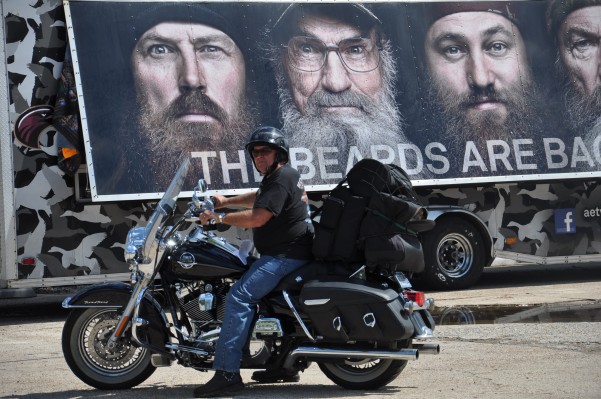 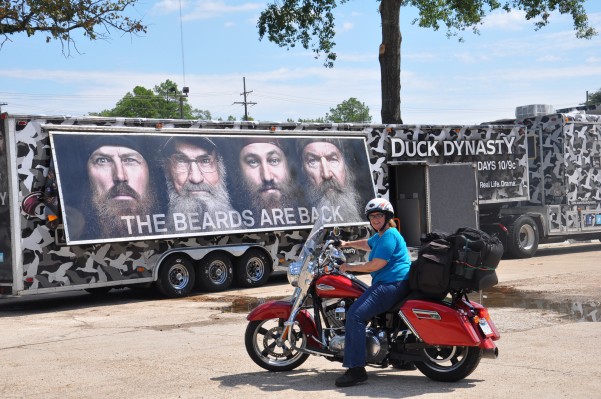 A quick check of the radar and we were off again to rejoin the Great River Road. Next stop for us was Natchez, MS. Natchez is an old Spanish settlement with the old town built high on a bluff overlooking the Mississippi. The bridge from Louisiana to Natchez is one of the prettiest of the old style bridges we saw on this trip. 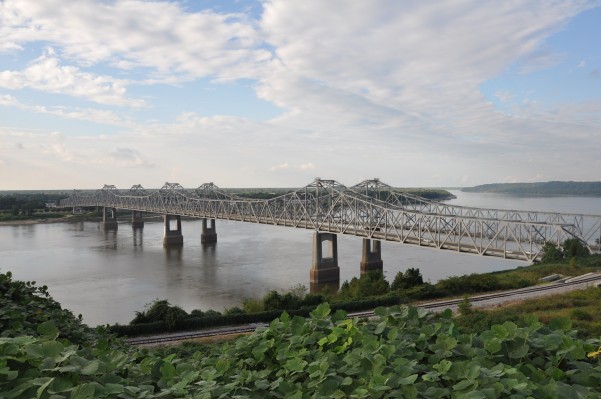 We checked into our hotel and I went to explore a little. This is one of the older settlements on the Mississippi. These guys were smart enough to build above the flood plain. Hmmm. 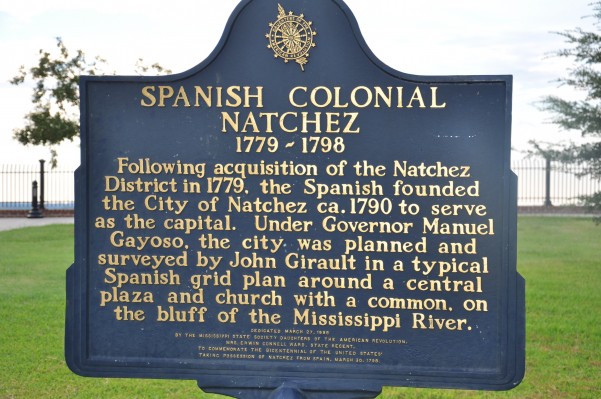 Of course there was a casino down the river bank on the waterfront. (we didn’t eat there)

After a short rest we rode the bikes into the old part of town and had dinner at BBQ place. Hard to believe we had gotten this far south and this was our first BBQ.

The next post brings us through Baton Rouge to New Orleans.