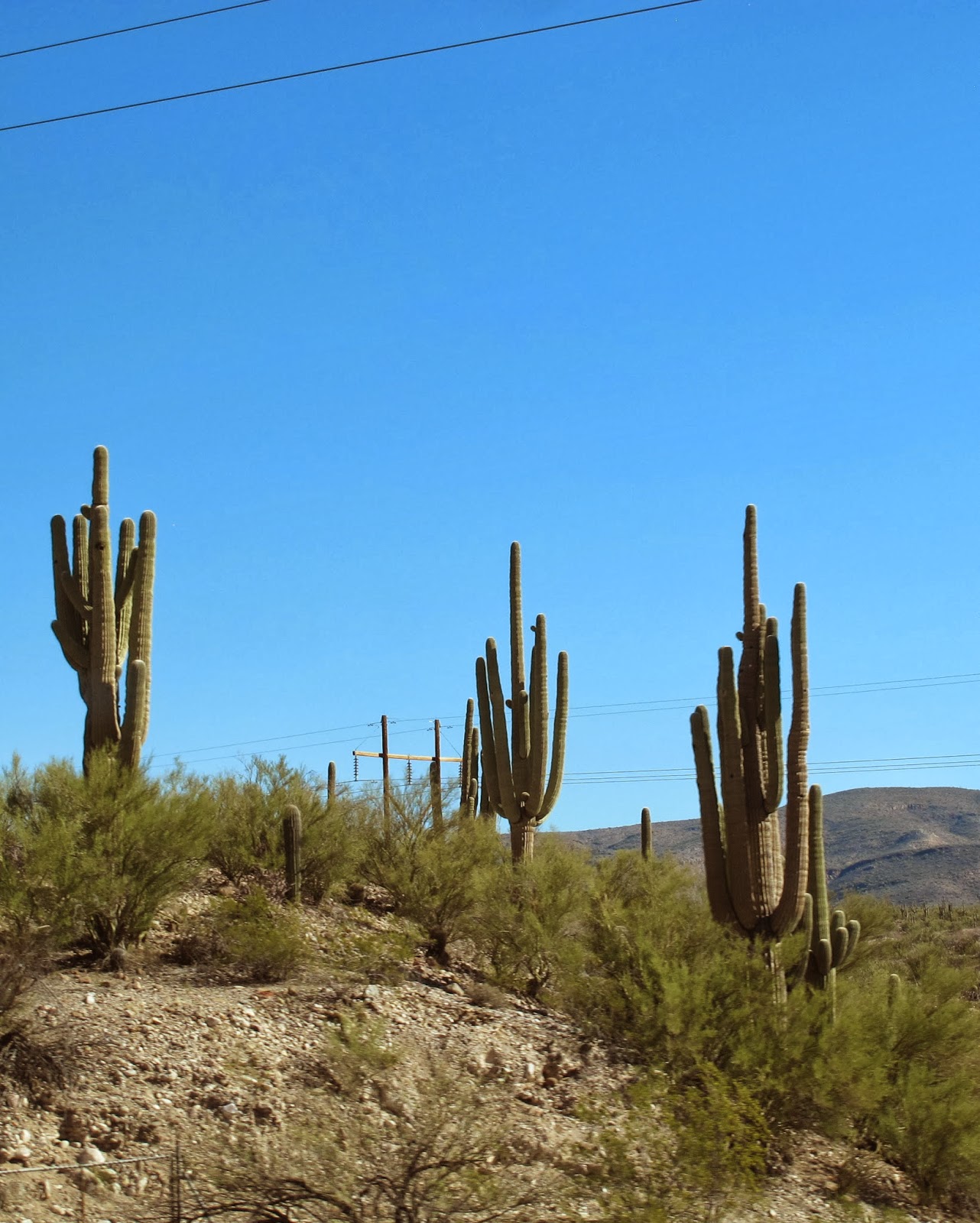 Each time I’ve seen Saguaro cacti in Arizona, I’m reminded of soldiers standing at attention on hillsides or reaching toward the sky to worship the sun. Some Native American tribes may believe the saguaros are their dead ancestors.
I’ve heard people say the saguaros don’t grow any arms till age 75. In the meantime, birds peck holes in their bodies to make nests. Baby saguaros begin their lives from seeds growing in the shade of palo verde trees, which are called “nurse trees” for providing the in right growing conditions – shade, nutrients, protection from storms. The palo verde eventually die off, while saguaros slowly grow into giants, some eventually reaching 70 feet. 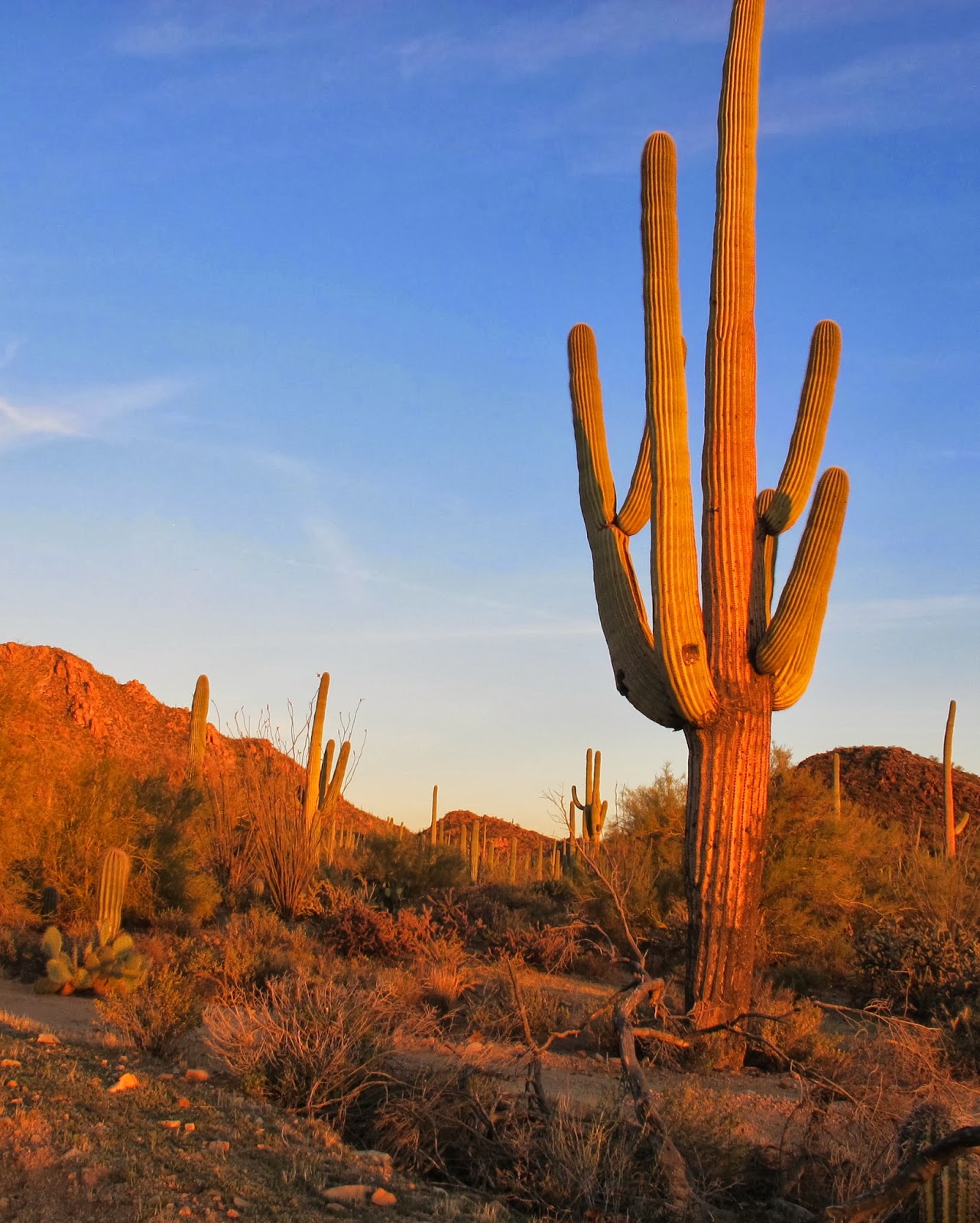 Saguaro National Park inTucson, AZ is home to the giant cacti that are found only in the Sonoran Desert, including southwest Arizona and part of California and Mexico. This national park has districts on the east and west sides of Tucson with a visitor center at each side. The Tucson Mountains in the west and the Rincon Mountains in the east are full of these soldiers. Many other kinds of cacti, including barrel, cholla and prickly pear are abundant in the park.
President Herbert Hoover created the Saguaro National Monument in1933. In1994, Congress elevated it to a National Park.
The park has 150 miles of well-maintained hiking trails. While hiking in the backcountry in the summer is not advisable, the roads have plenty of pullouts for picture taking, and the outdoor Desert Museum adjacent to the western park offers plenty of saguaros up close. I’ve taken some great photos in this museum but for sunset photos, I drove into the park to watch the setting sun put a red glow onto the giant saguaros.
Photos By Pamela O’Meara