On the road from Tucson to Monument Valley

On the road from Tucson to Monument Valley
Pamela O’Meara
Traveling from Tucson, AZ to Monument Valley, UT, I saw the most amazing scenery, which varied from the mountains in Tucson with saguaro cacti to flatter land to different mountain ranges with various colorful rock formations and through the Apache Reservation. Then my friend’s GPS showed a shortcut and suddenly, we were on dirt and gravel roads for hours through the Navajo and Hopi reservations, passing ranches with occasional horses or cows. We had to turn back a couple of times when the road nearly petered out.
We went past a couple of oil rigs and the Peabody coal mining operation. I picked up the Navajo Times and read that in the 1950s and ‘60s, the Navajos were aggressively making deals with uranium mining companies and made lots of money. Then they got lots of sores that turned out to be cancer.
Eventually a report was written about the dangers of uranium but written in English, which most Navajos couldn’t read then. The ones who could read ignored it the way people ignored the cancer-causing risks of smoking cigarettes back then.
Nowadays, the tribe members are signing contracts –they do have legal advisors – for oil rights and expecting to make lots of money by drilling on their tribal lands. We saw some drilling rigs off the road.
The land formations and colors on the trip were pretty amazing. We got to Monument Valley before sunset, about two hours later than planned, due to the GPS fast route being way off.
We spent the night at Goulding’s Lodge, once an old trading post, nestled right at the bottom of a huge red rock formation, with other formations visible from the patio. Many John Wayne movies once were filmed there, Visitors can take four-wheel drive tours though this land or camp in the area. In the dining room of this international destination, we could hear different languages being spoken.
Tomorrow we will tour Monument Valley and take lots of photos of this spectacular place.Photos by Pam O’Meara 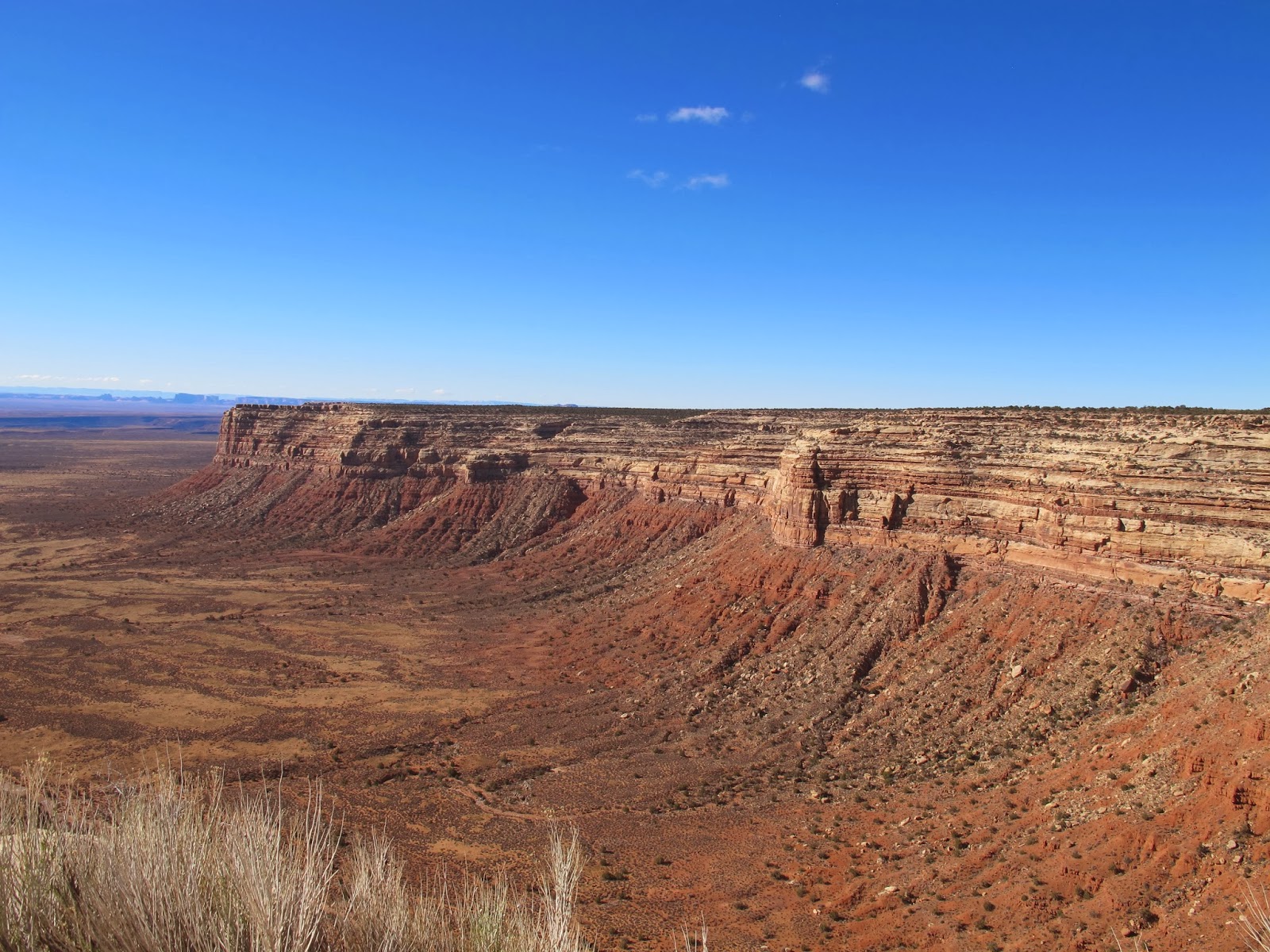