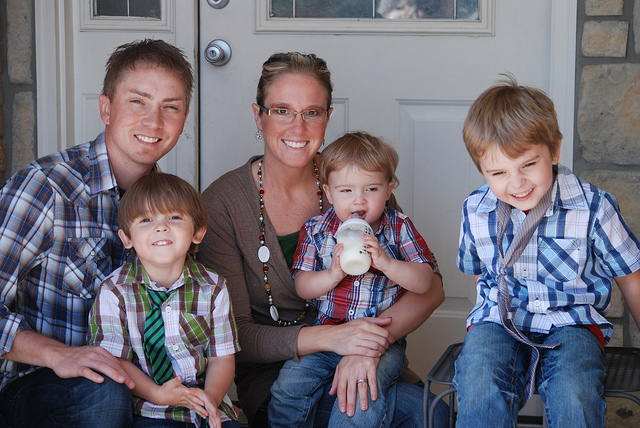 If you’ve spent the last few years bringing up your kids in the best way you know how, it might be time you found some new scenery and took a leap of faith that could vastly improve your quality of life. No matter where you live in the world, uprooting and moving abroad can be an amazing way to shake things up a bit. There are many reasons for this, most of which I’m going to discuss throughout the course of this article. You see; it’s important that children get the full picture, and this can be difficult when they’ve only ever lived in one place. So, if the idea of emigrating somewhere different sounds appealing to you, spend the next ten minutes or so reading through all the points I’ve made, and hopefully you’ll better understand why it’s such a good idea.

I personally moved from the UK to Spain for five years just after the millennium, and I can honestly say it’s the best thing I’ve ever done. Not only did this allow me to learn about how other people live, but it also completely changed my perspective on the whole world. We all know that western media is full of propaganda, and the image portrayed of other nations isn’t always that accurate, and so it’s vital that at some point in your life, you find out the truth for yourself.

With all this in mind, here are just some of the reasons why moving your whole family abroad in 2014 is a great idea. I’m certain that after reading through, you’ll understand a bit more about why this is such a brilliant endeavour. So, without any further delays, here’s the info you’ve been waiting for.

This is obviously one of the main reasons why people move abroad, and although it does depend on the country you choose, most usually pick somewhere with a better climate. Just imagine spending your Christmases on a beach after buying a property from a reputable company like Homestart in Perth Australia. Or perhaps you like the idea of doing the same in a stable African country like Morocco. Either way, you’ll soon start to feel more energetic and happy thanks to the constant sunshine. Ask any mental health professional, and they’ll tell you their patients are usually much happier away from dreary weather. Like it or not, the weather does affect your mood.

You might have the best friends in the world back home, but they’re likely to be very similar to you in many ways, and while this is a good thing, it’s still wise to shake things up. When you move to a new country, you probably won’t know anyone, but that same neighbourly ethic we have back home is even more prominent in some other locations. So, don’t be shocked if the people living around you come over to introduce themselves and bring you some dinner while you’re moving in. You’d be surprised by how interesting and accepting foreign people can be. This will also allow you to find out about recreational activities and things locals do to unwind.

3. Your Kids Will Experience A Different Culture

While we do like to think of western countries as hubs of multiculturalism, there’s still no substitute for getting out into the world and experiencing new cultures for yourself. This is especially important for your children, as you want them to grow up to understand that different people exist in the world who do different things. It’s vital you ensure your children never have prejudices against other races or cultures, and so dropping them in the thick of it is usually a good move. They will attend schools filled with all manner of different types of people, and this will mean they gain friends and acquaintances they would otherwise never meet.

People in the west tend to think that everyone else in the world also eats burgers and other bad foods, but this really isn’t the case. While you would probably have a big culinary shock if you moved to somewhere like China or Japan, most European and Middle Eastern people eat food similar to ours, but with a lot more flavour. During my time in Spain, I actually worked in a restaurant for a while, and so I got to learn how to cook some of their most famous dishes. You obviously don’t have to follow suit, but you will probably find you start eating a lot healthier, and this can only be a good thing for all your family. At the end of the day, you want to be around to see your children grow up and become adults, right?

Unless you plan on moving your own business abroad too, you’ll probably need to compromise somewhat when it comes to finding suitable employment. This isn’t necessarily a bad thing though. Although you might have to accept a poorly paid role to begin with, you will learn new skills in whatever job you’ve found, and could possibly move up through the ranks and find more appropriate work within a short time period. You never know; you might even get enough expertise to start your own business, but obviously most countries have rules about foreigners doing this, and so you may have to wait a few years until you have permanent residency.

So my friends, now you know about some of the main reasons why moving abroad in 2014 is an amazing idea, I hope you feel confident enough to bite the bullet and set the wheels in motion. From my own personal experiences, I can honestly say it’s the best thing I ever did. Don’t stress too much though; it doesn’t have to be forever, and there’s nothing stopping you from flying back home to visit the wider family at any time. That said; it’s probably them who will be begging to fly out to see you. Nobody can turn down a cheap holiday!