A prehistoric indian village existed along the banks of the James River long before modern day Mitchell, SD. In fact the site is over 1,000 years old and is now a National Historic Landmark and is on the National Register.

When you visit, you only need to travel about one mile north of the Corn Palace on the shores of Lake Mitchell. The village and Museum are clearly marked by directional signs from downtown Mitchell and once you park, it is only a short walk from the parking lot. 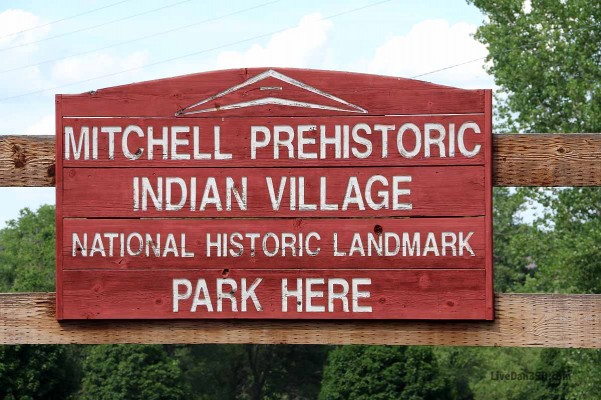 You will first arrive at the Boehnen Memorial Museum and Visitors Center. There is a small admissions fee but you get a guided tour of the facility for free if you choose.

Inside the museum, there are some displays that show some tools these prehistoric indians would have used in their day to day life. These tools below were made out of animal bones. One used a deer antler as a rake, while another has a shoulder blade of a bison that would have been used as a hoe. They also made paddles and other tools out of the shoulder blades as well. 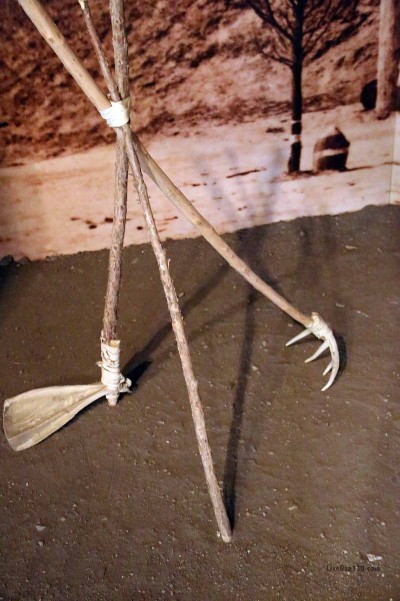 Further inside, there was a mock up of a shelter that the indians would have used. 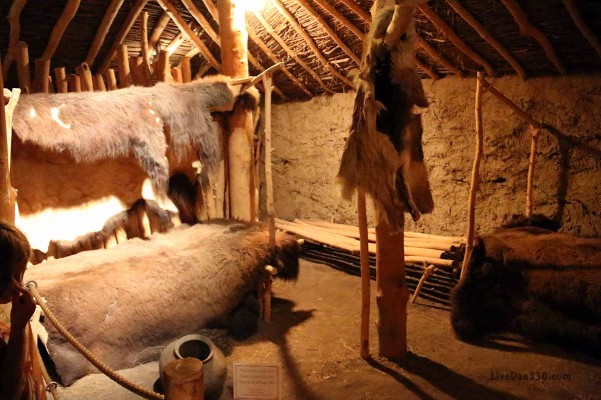 This image shows a mock up of a cache where food would have been stored. 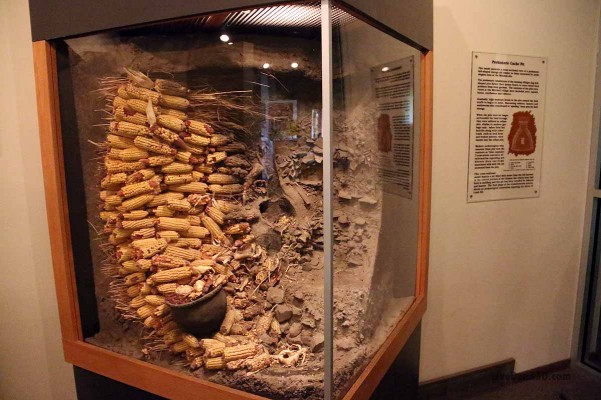 Finally, this image is of a bison that would have roamed the territory during the time the village existed. 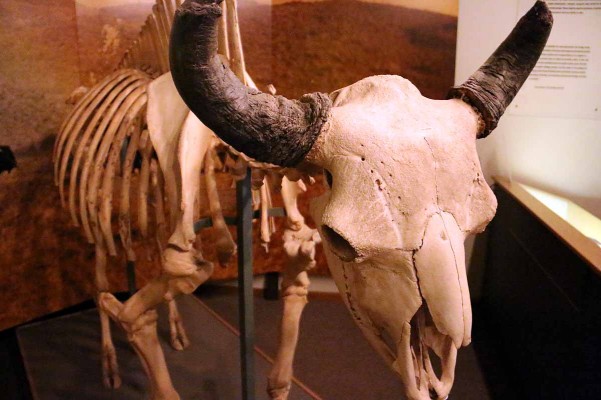 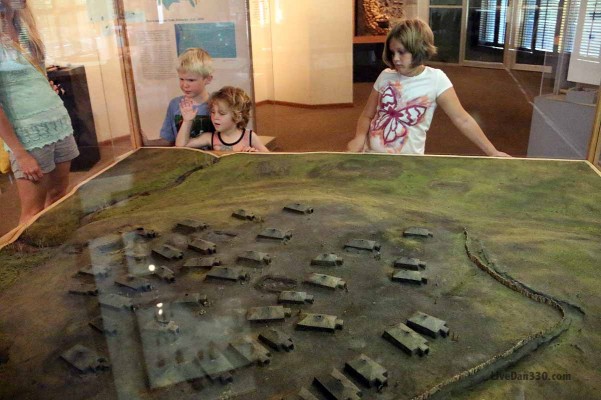 After seeing all the exhibits, you can walk through a gift area and gallery and continue outdoors to a walking path. This path brings you to the Thomsen Center Archeodome. 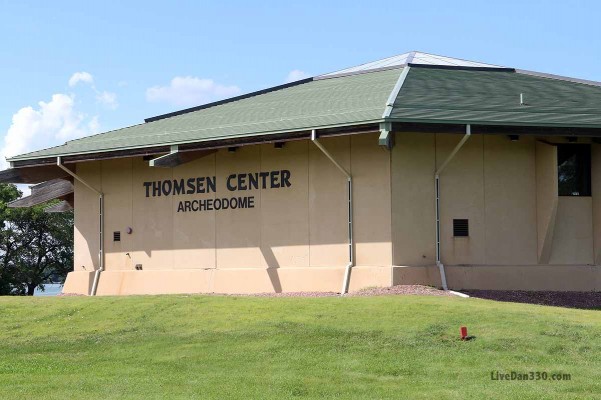 Inside the Archeodome, archeologists are excavating the prehistoric indian village learning more an more about how this prehistoric people would have lived. We spoke to the young man in the image below and he told us they need to deep the soil moist so they can dig properly. 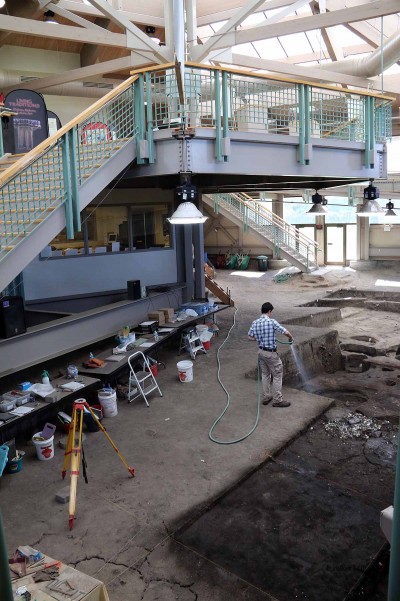 The holes here are ancient caches that the archeologists dug out first. They were filled with artifacts. 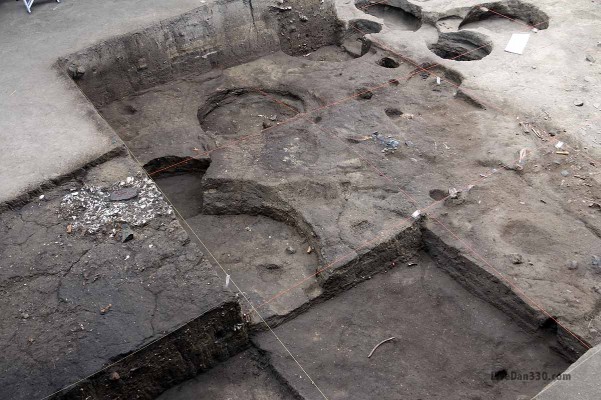 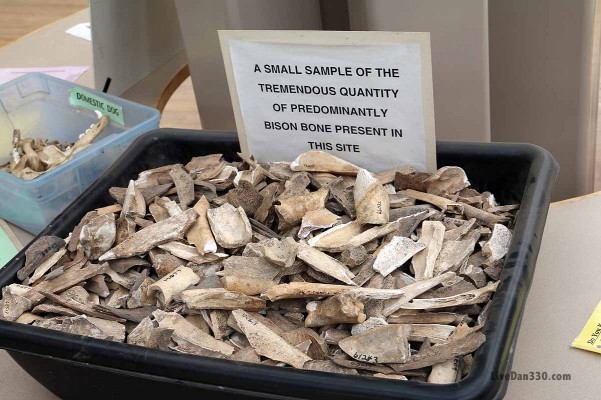 Believe it or not, this is a boat. It is called a bullboat because it is made out of a single piece of hide stretched around a stick skeleton. There was an informational sign in another part of the site describing it more. 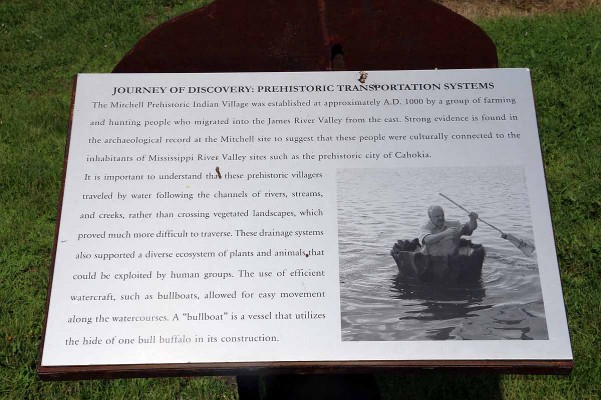 After the archeodome, we went back outside. There is a nice sculpture by the lake in a large grassy area you could walk through. But, best of all, there is also a sandbox with hidden plastic arrowheads that kids can dig up. If you bring an arrowhead back to the store, they will give you a real stone arrowhead in exchange. 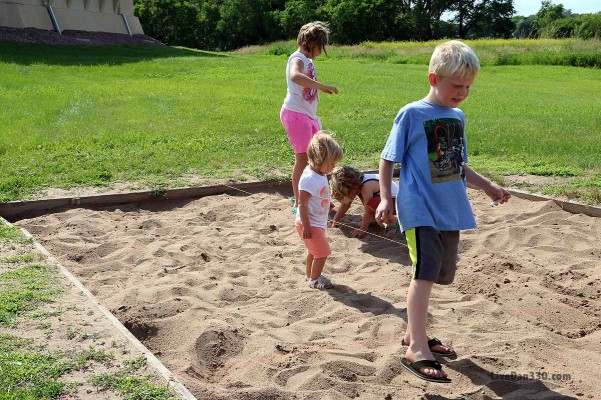