For about a hundred miles you will see signs for an 1880 town. Its full name is South Dakota’s Original 1880 Town and Longhorn Ranch. If you are looking for this site, it is about 20 miles west of Murdo on I-90. I was surprised to see that it was in color when we arrived. I thought everything before 1955 was black and white. Guess not. The 1880 town is definitely a tourist stop. From what I saw, it looked fairly interesting. I wish I had an extra two hours to stop and see the entire site. To be honest, I made it to the gift shop and made sandwiches for my kids in the picnic area. We had a lot of other things planned that we were barely going to fit in as it was. 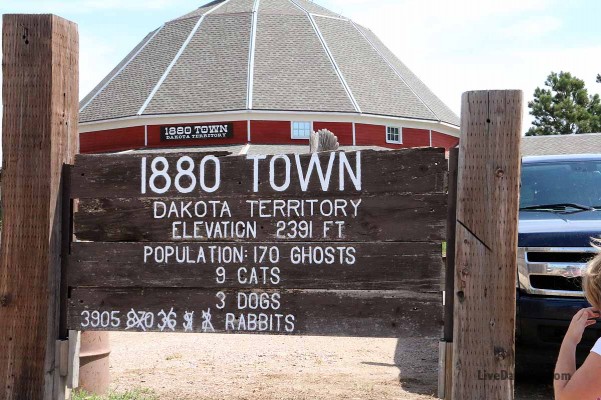 The town is made up of more than thirty original buildings, which are authentically furnished with relics from the 1880’s through the 1930’s. Clarence and Richard Hullinger have done a good job balancing authenticity with curb appeal. You can even have the chance of seeing a heard of longhorns that graze the nearby fields. 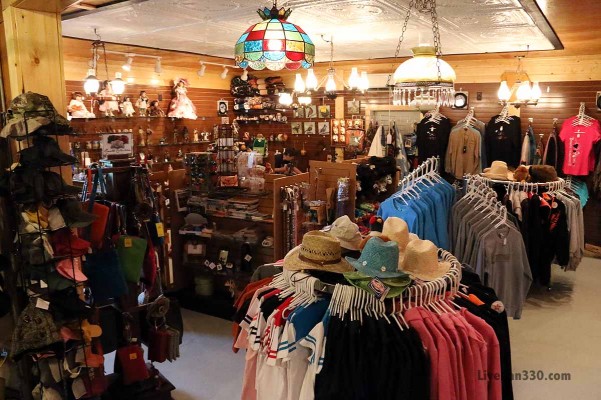 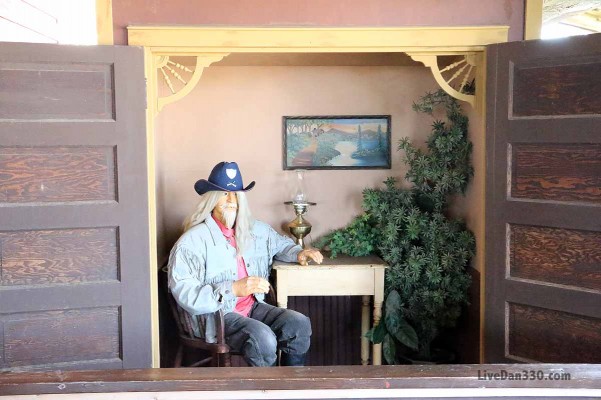 The first thing you will see is a gas station that was part of the original property on the corner. Behind that, is a twelve sided barn which is the figurehead of the 1880 town. In the barn, there is a gift shop and a counter where you can purchase admission to the rest of the town. Behind the barn, is an old saloon, barber shop & bath, blacksmith, general store, doctors office, hotel, a U.S. Marshall’s office, as well as several other exhibits. If you are a movie buff, you might also recognize some props from Dances With Wolves.

Adjacent to the 1880 town, is a 50’s diner. The diner is a mocked up Milwaukee Depot with a some real train cars attached. The train cars are the diner’s cafeteria. 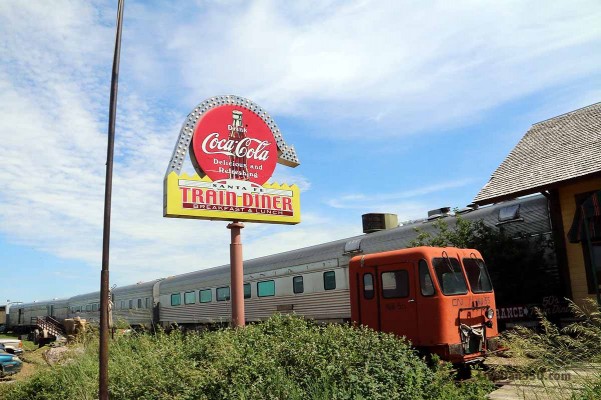 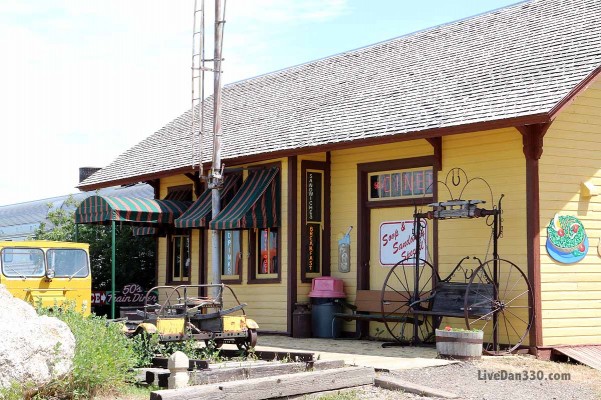