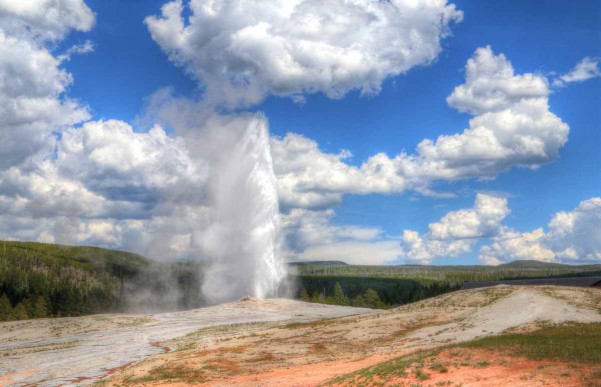 Old Faithful is probably one of the most recognizable names and features in all of the American park system.

By accident, I was walking by Old Faithful at sunset on the 4th of July. I was filming another spot when I noticed that it was very busy at Old Faithful, so I joined the crowd and captured this awesome video:

Old Faithful Geyser was discovered in 1970 during the Washburn-Langford-Doane Expedition. When they saw it, they decided to camp next to it. Noticing that it continued to blow about every 90 minutes all day, night, and into the following morning, they nicknamed it Old Faithful; the first geyser to be named in Yellowstone National Park. 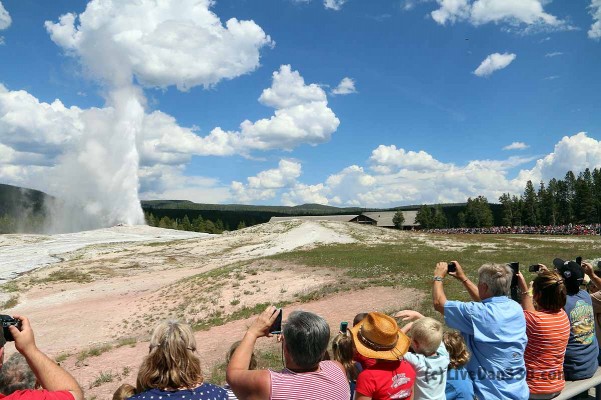 The geyser is usually about 130 feet tall and last from two to five minutes. Each blast ejects between 3500 to 8500 gallons of water. 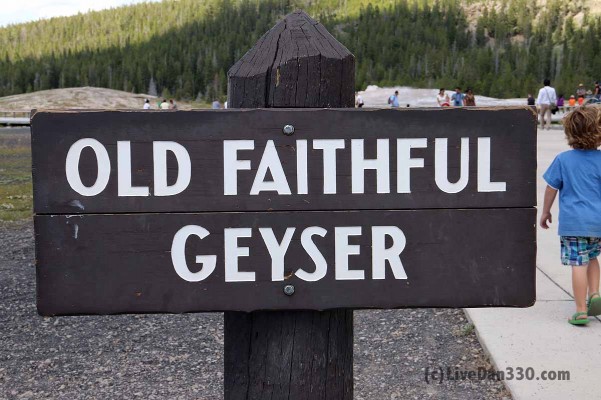 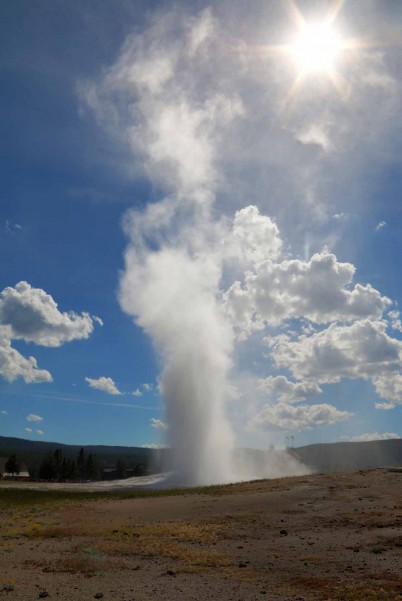 We heard a joke about the timing of Old Faithful. Did you know there is really a good indicator just before it blows?  It is when the benches fill up and the views are standing room only. This proved true the four times we watched it. Everyone says Old Faithful erupts every 90 minutes. But it really depends on how long the last eruption was. It can be as early as 60 and as late as 110 minutes. Check the park’s visitors center for times when you arrive. The staff claims to be within 10 minutes 90% of the time. 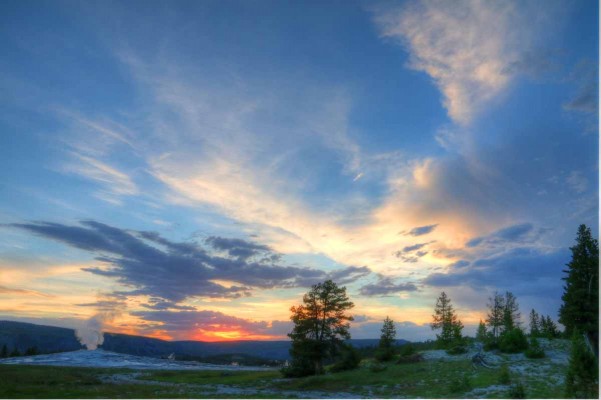 What surprised us the most is how far away we were to see Old Faithful. A seating area formed a semi-circle around the geyser about 100 yards from it. This area had several groups of benches and behind them were paths to the Visitors Center, Old Faithful Inn, and the Old Faithful lodge. 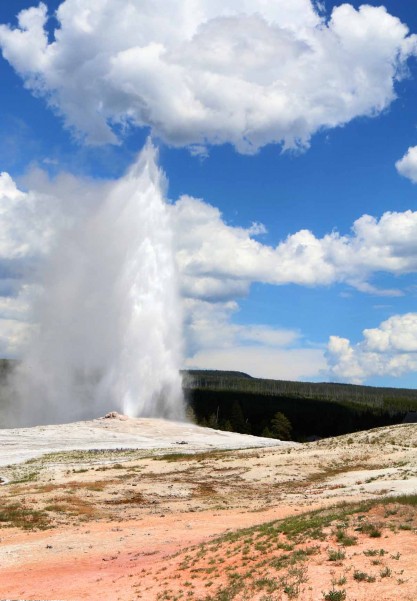 If for no other reason than Old Faithful is an icon, you need to see it during your visit to Yellowstone National Park.