This is a Sponsored post written by me on behalf of CBS Sports for SocialSpark. All opinions are 100% mine.

Fantasy football is officially in season again, I get excited to start fresh again every year. This year I am adding Ultimate Fantasy Football Game to my normal three.  My family wants to get in on the action this time around.  Since I have the most experience with fantasy football I have become the default commissioner. We went with CBS Sports Fantasy Football and I was very pleased at how easy it was to create a league and run a draft.  They have a special offer you can take advantage of here: 2014 Fantasy Football Special Offer

We chose to go with CBS Sports Fantasy Football because of the ease of access and the all around tools they offer to succeed.  CBS is the most trusted and solid since they have the #1 Most Awarded Fantasy Football game.  CBS offers standard scoring to highly customized league play with over 1000 different ways to tweak scoring settings, rosters, schedules and on and on.

It seems like every team starts with high hopes with championship aspirations, only to find that after one unfortunate injury or one forgotten roster change can make or break your chance at the playoffs.  For those that don’t pay as much attention as the hardcore fantasy players, CBS has your covered.  They have a very detailed website that can provide injury updates and last minute roster changes right up to kickoff.  The fantasy advice that is offered is excellent, guys like Dave Richard and Jamey Eisenberg keep you up to date and into the game without making fantasy football a full time job.  The projections and rankings can help decide on those tough roster decisions every week.  I have used them in the past and helped me get over the hump to win the matchup that week.  No matter how you look at it, all the tools that CBS has to offer will help close the gap from rookies to veteran fantasy players. 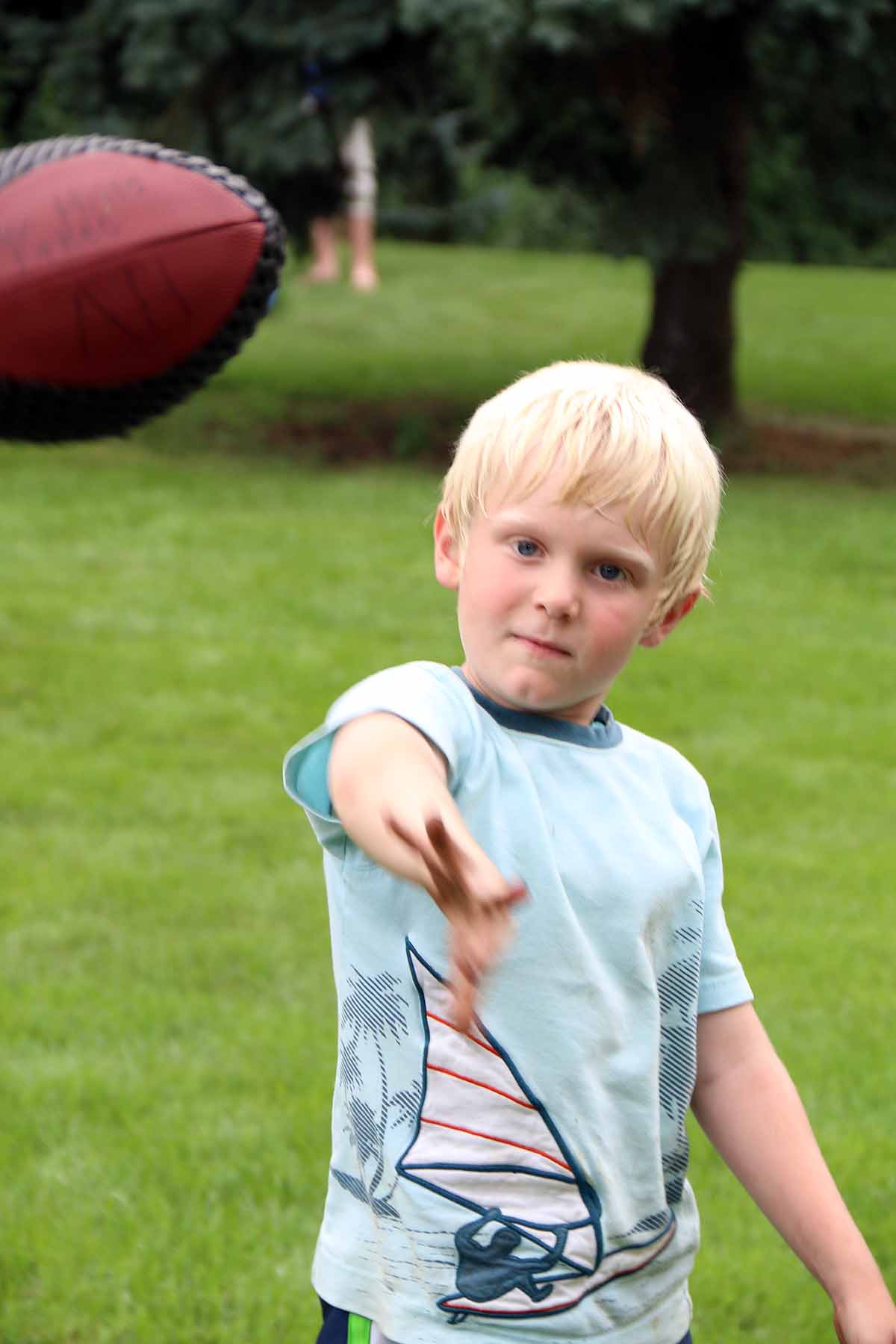 The draft was very fun, as is the norm with rookie players there were a couple questionable picks but overall it seems everyone did well enough to make it interesting.  We drafted in person on computers and tablets. 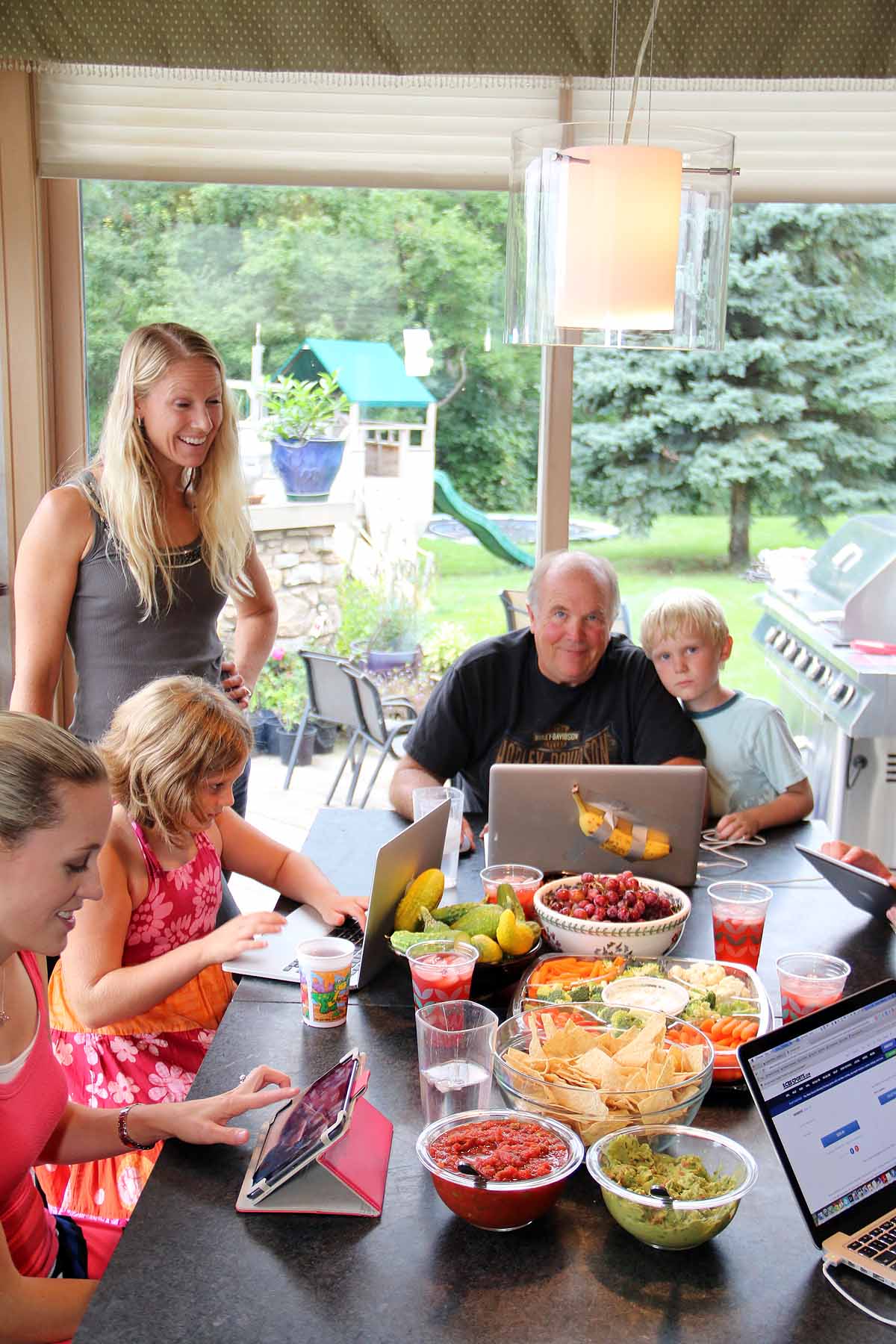 I also used the CBS Sports Draft Kit mobile app to help with the research and putting together the draft board. 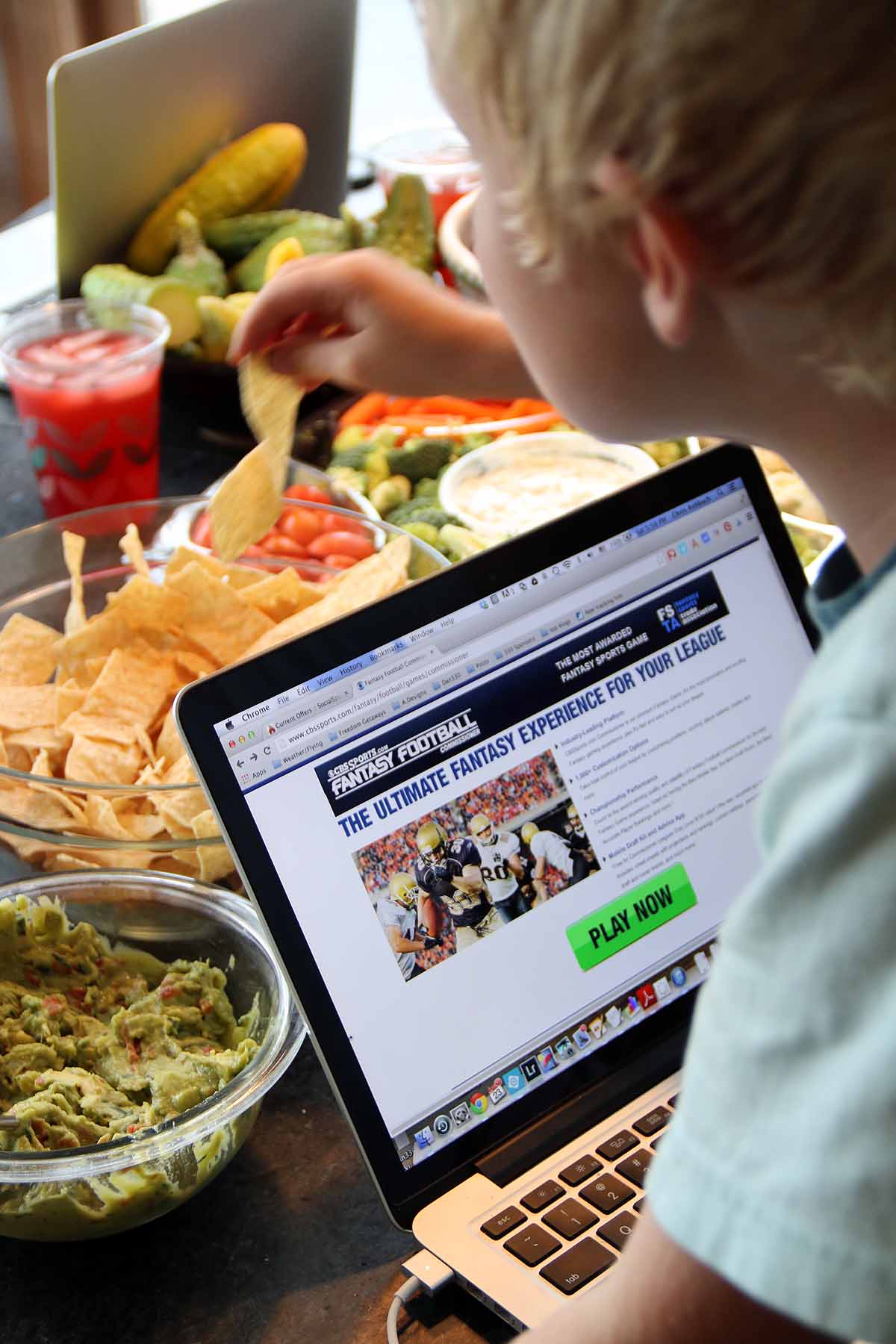 Since all my rookie competitors get to capitalize on all the great features and tools I might as well take advantage as well right?  After all is said and done there doesn’t appear to be a weak team, it will be fun to see how everything plays out. 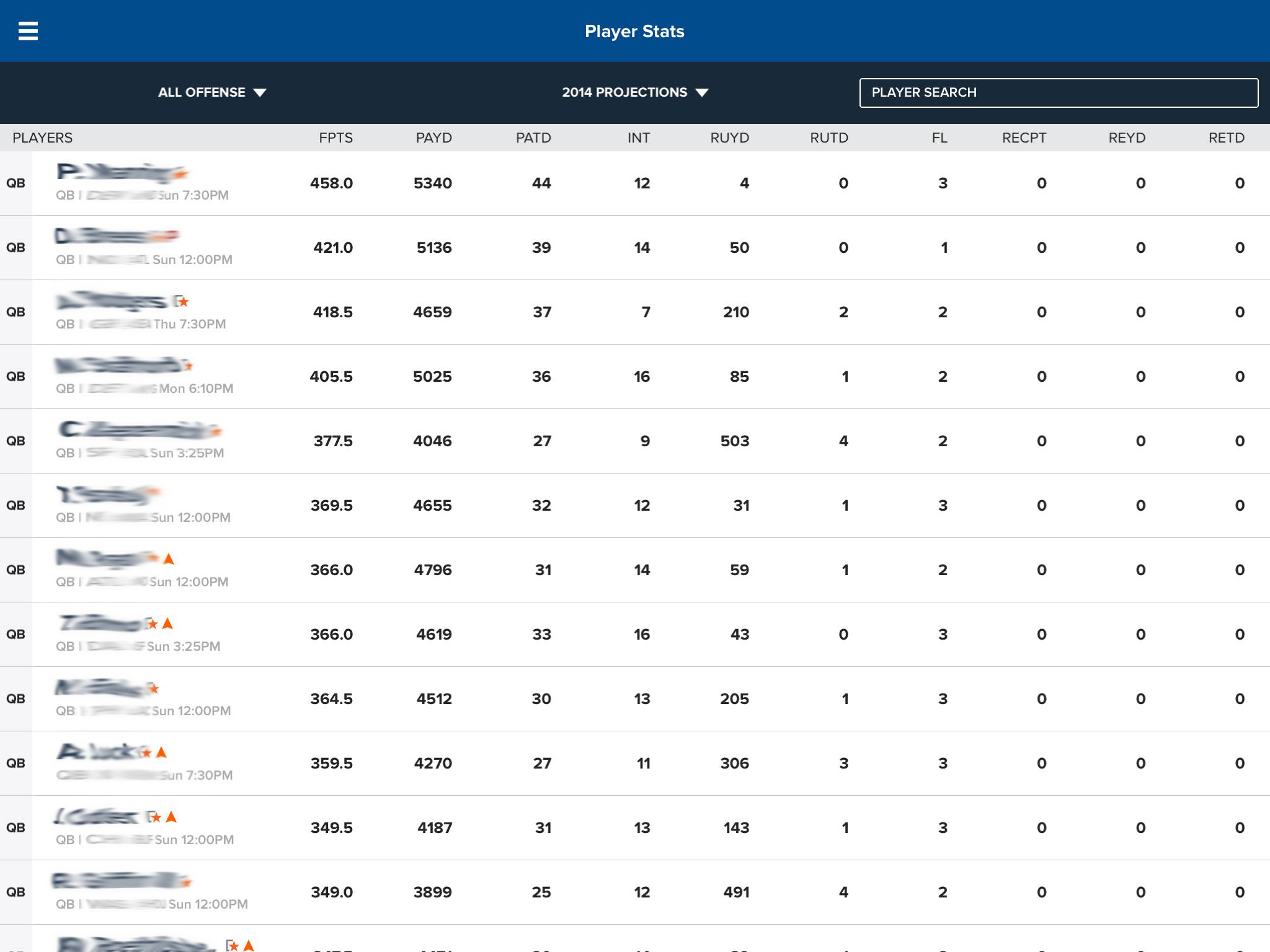 If you have never played in a league before, this is the one to start with. It is hands down the best fantasy football league out there. 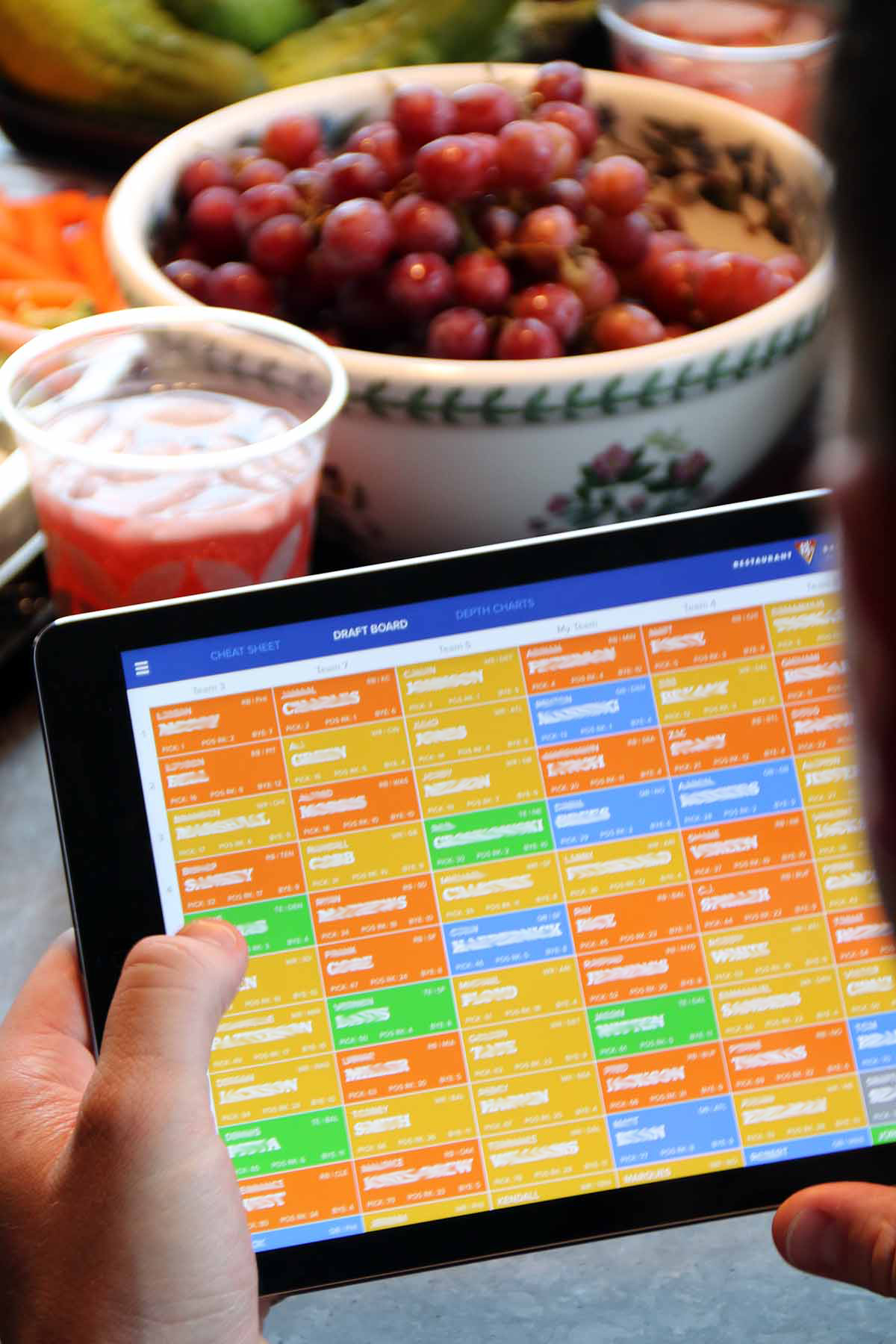