Lake Quinault Lodge is located in the Pacific Northwest and is part of the Olympic National Park.  Located in a rain forest on the western edge of the park, this area is known as the rainiest part of the Continental US.  I couldn’t believe what I read, that they receive 12′ to 14′ of precipitation a year.

Riding to the Lake Quinault Lodge was beautiful, as you wind around through the ancient trees and are greeted by blue hydrangea bushes which were blooming in August when we visited. 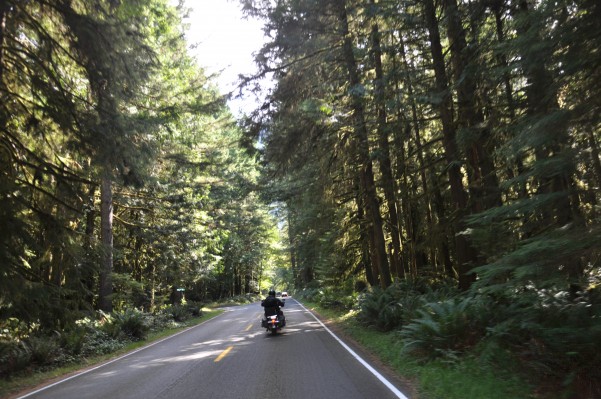 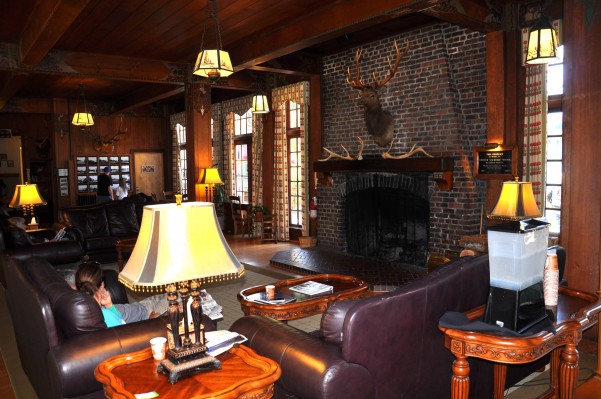 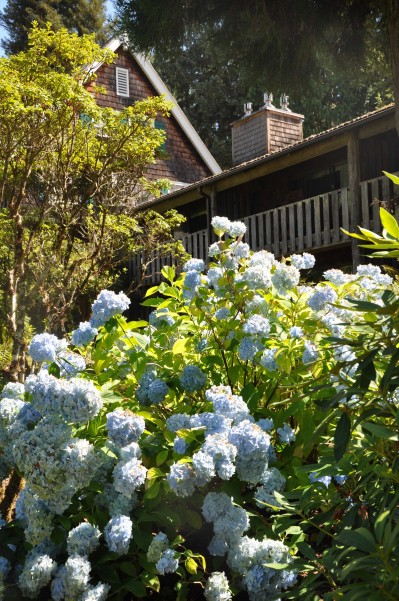 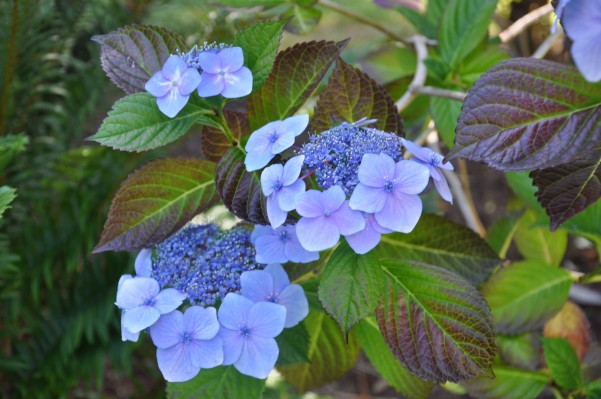 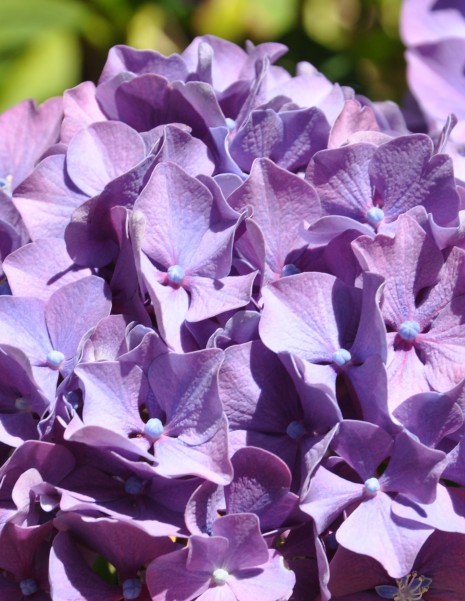 The setting is grand and restful, but also beckons you to hike, bike, kayak or fish. Because we were on an extended motorcycle trip we didn’t have time to explore the area in depth, like the hot springs, whale watching and the Hoh Rainforest.  If you want a taste of the beauty of the area, go to Pinterest and type Olympic National Park into the search bar and you’ll be rewarded with beautiful images of this diverse area. I know that I want to return and spend a week or two exploring the ancient forest with my camera. 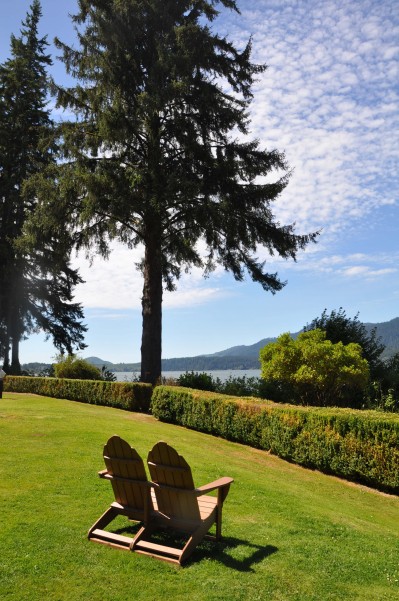 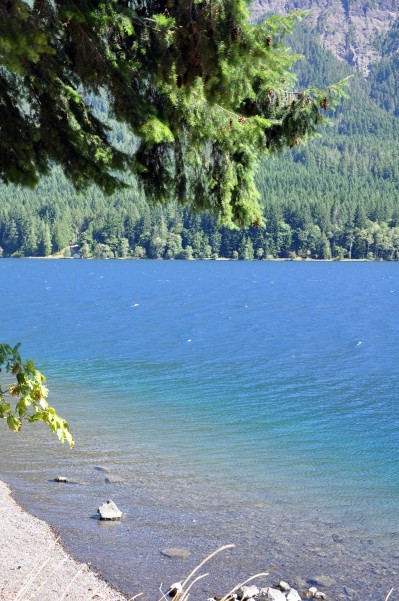 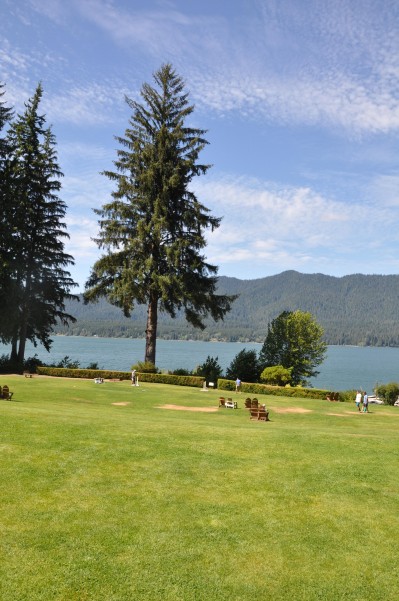 The Lodge is beautiful and brings you back in time, highlighting the local Quinault Indian culture. 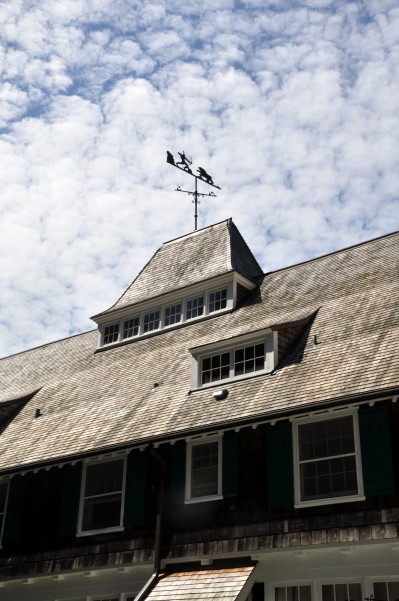 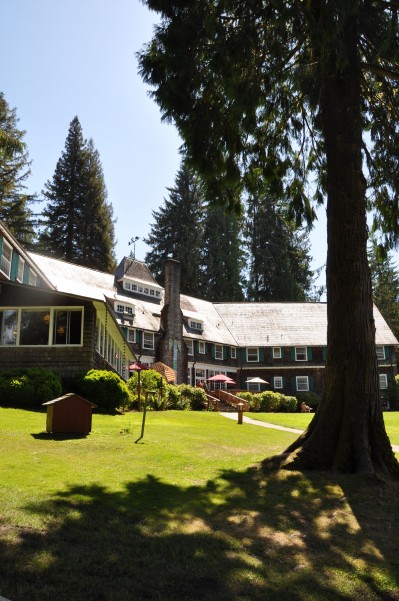 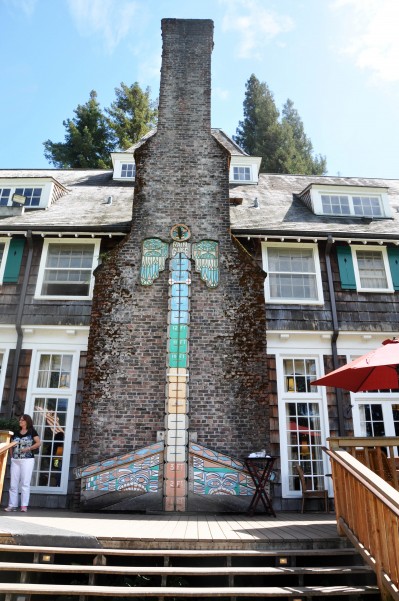 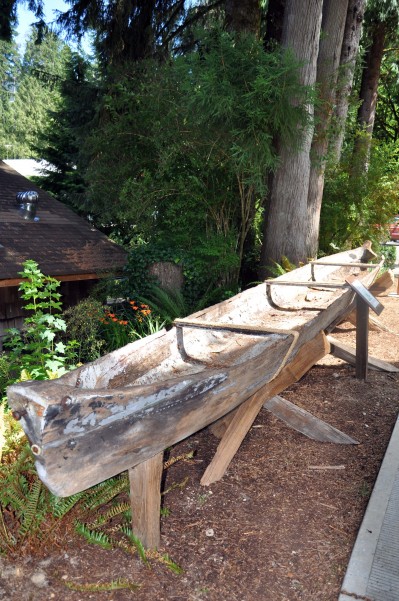 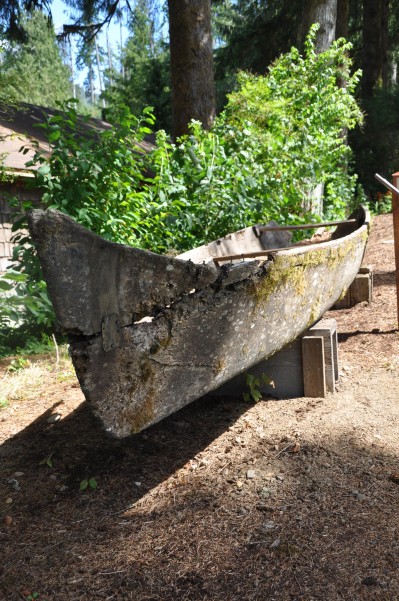 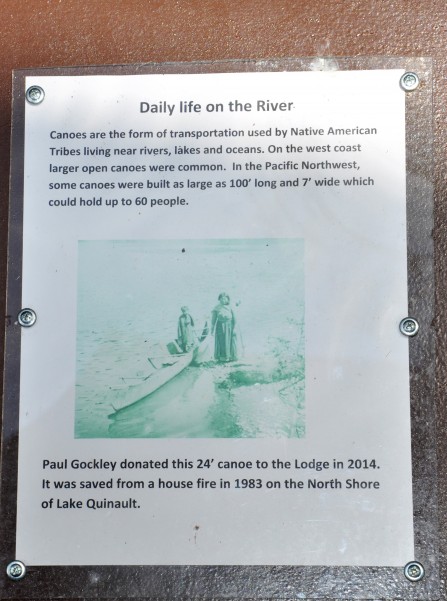 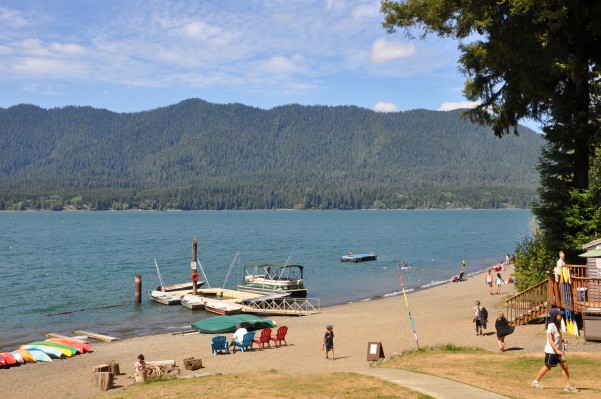 I loved that the trees on the property were also identified so you could learn about their majestic cedars, hemlocks and spruces. 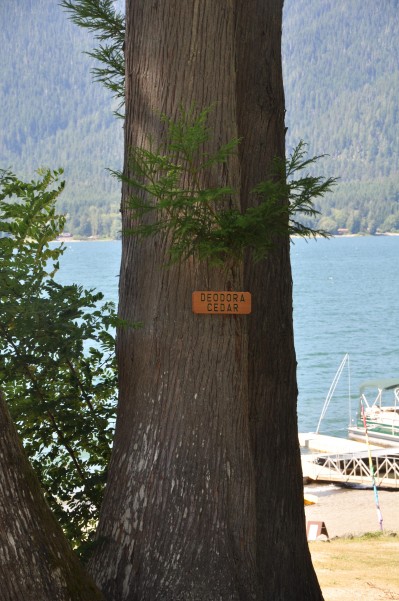 The end of our time on the Olympic Peninsula was also breathtaking as we left the giant forest and were met by the driftwood covered beaches. 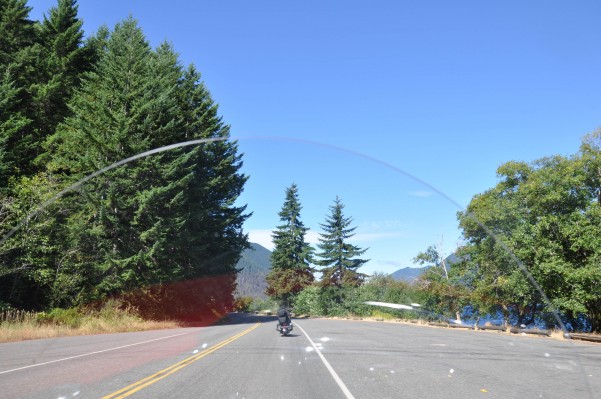 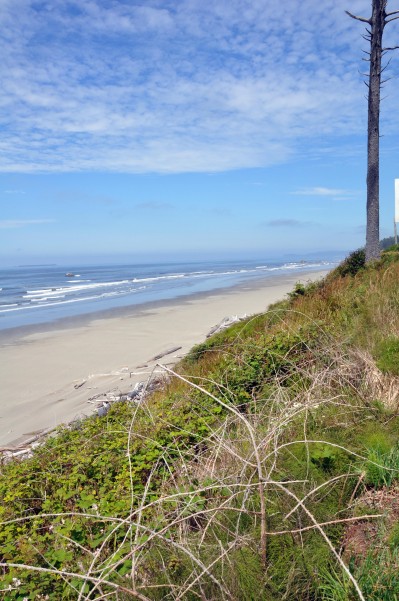 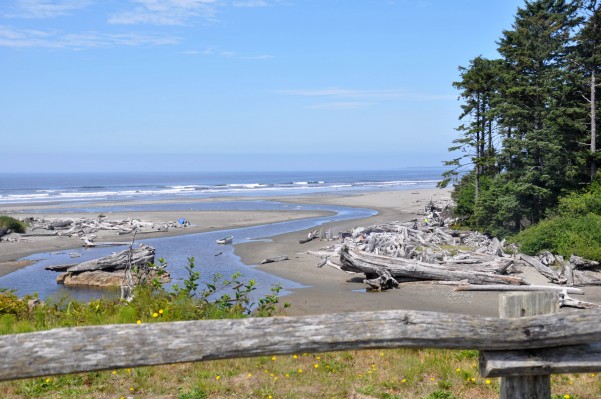 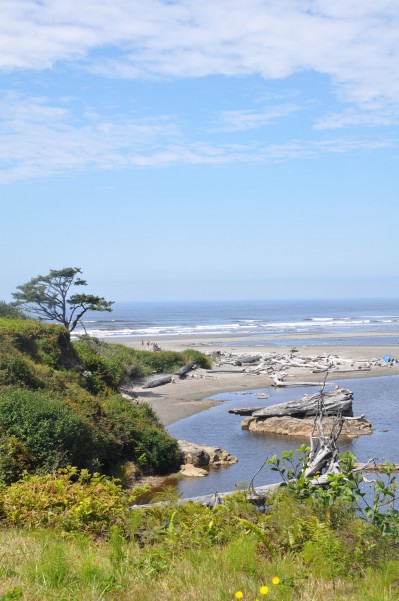 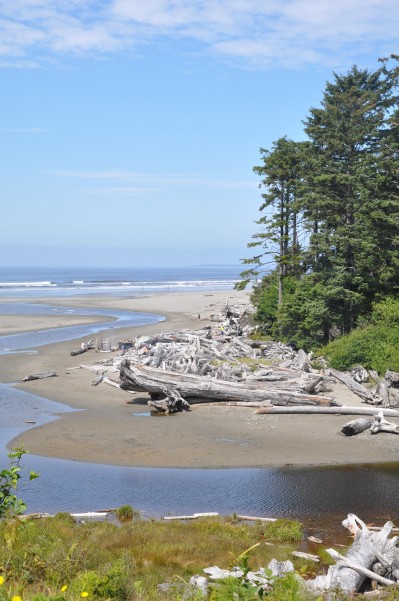 I’ll leave you with a couple more shots of the beautiful hydrangea bushes in hopes that you too will be lured into exploring this incredibly beautiful part of our country. 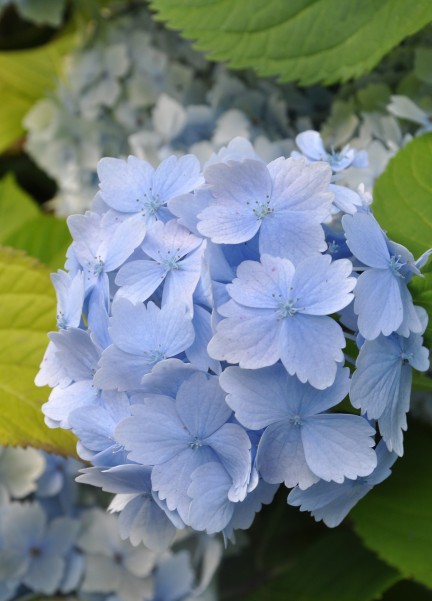 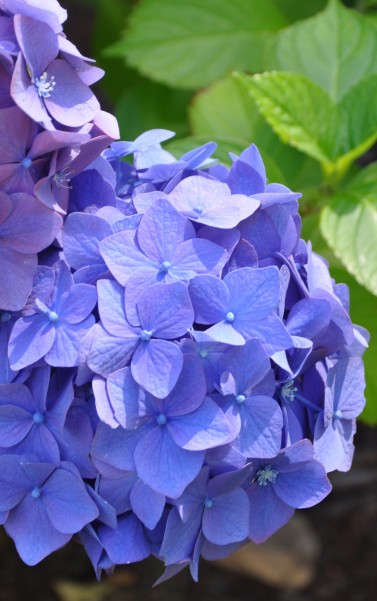 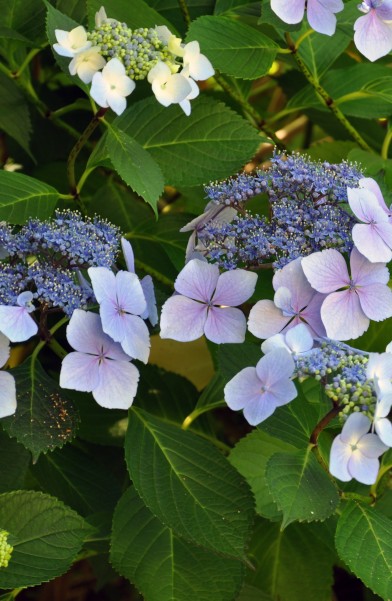