Having 3 grand-daughters requires grandma to keep up on her kid knitting skills.   This year we had one little princess who wanted to be Elsa and needed a crown. Searching Pinterest led to lots of crochet hats, but not knitted ones.  I finally located a free princess crown pattern that would work and downloaded it from a book called Fairy Tale Knits on Amazon.  Now I needed the yarn, and it had to be sparkly.  JoAnn’s provided an inexpensive yarn by Caron Simply Soft Party named Snow Sparkle which was perfect for the hat.  The silver color was by Lincatex Gold Rush in Silver Metallic color and was $8.50 from my favorite yarn shop.  My little princess was 2, but because the yarn was heavier I made the smallest size pattern, the 6-12 month, using size 4 double points. 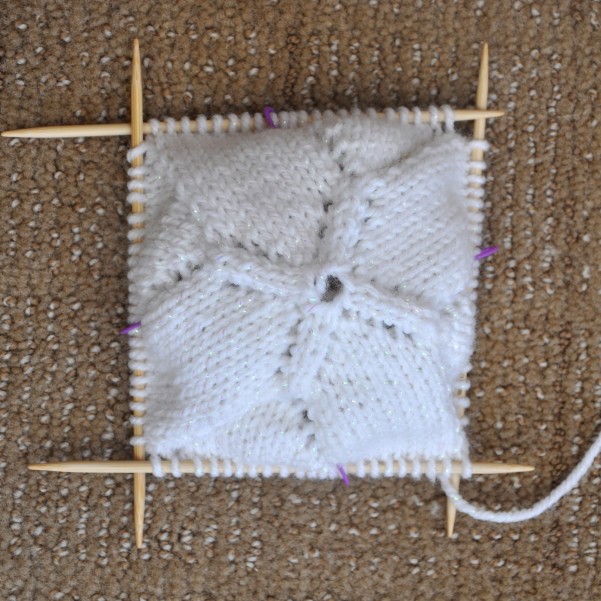 When you’ve gotten far enough (22 sts/dpn), you can knit each dpn onto the same size circular needles. The hat is knitted from the top down and you set it aside when the body is complete and begin the crown which will be knitted into these very stitches. 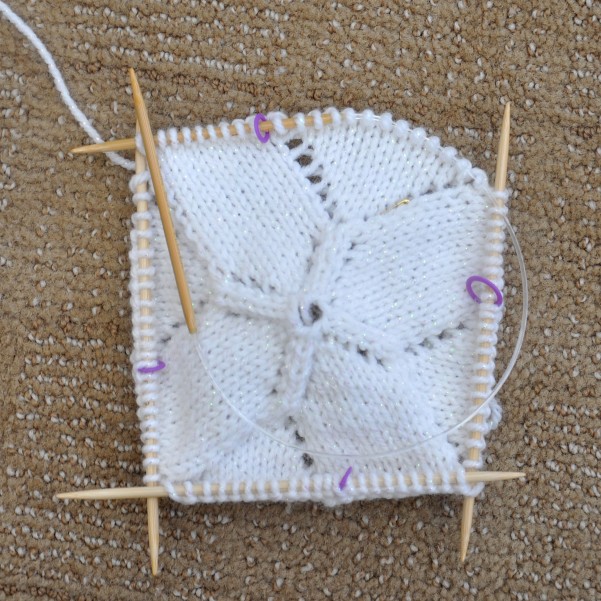 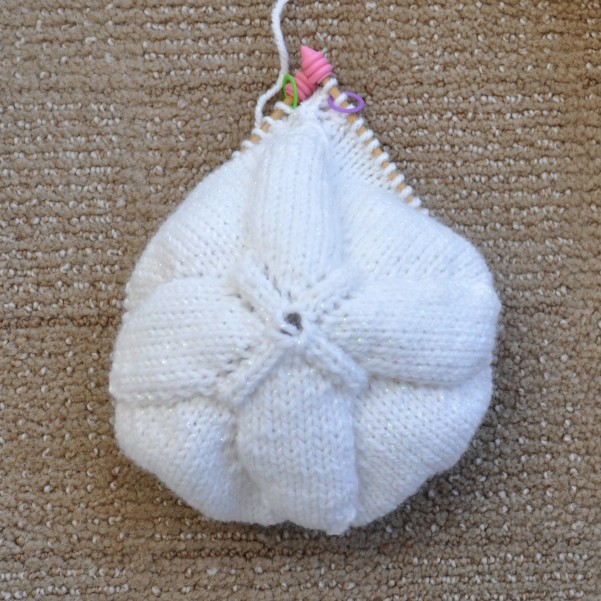 For the silver hat I cast on the same number of stitches as remained on the hat body and began to build a crown from the bottom up, making three main points by decreasing each side until no more stitches remained.  Because I was making this part up, I inadvertently made it too long but was able to decrease the height by folding the crown down into itself after knitting the hat band which fits around the forehead and has a cute little contrasting detail.  The rest of the embellishment would be made with needlepoint threads and glass beads. 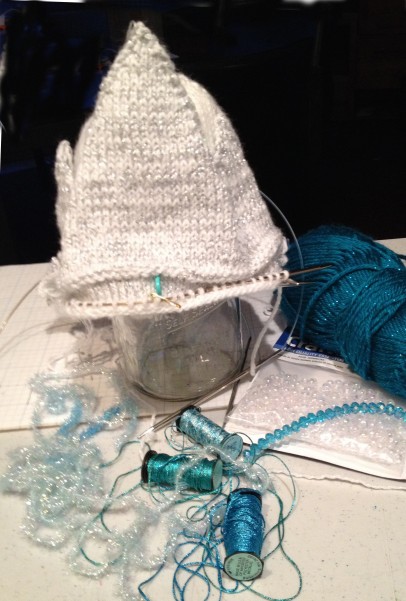 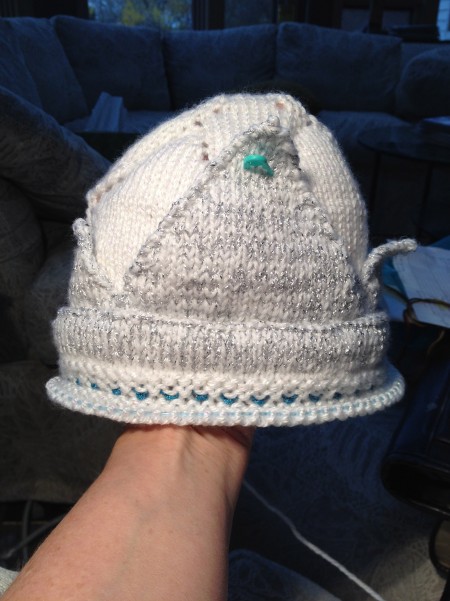 With the hat and crown combined and the hat band begun, it was time to add the rest of the beaded sparkle and finish with a scalloped edge. 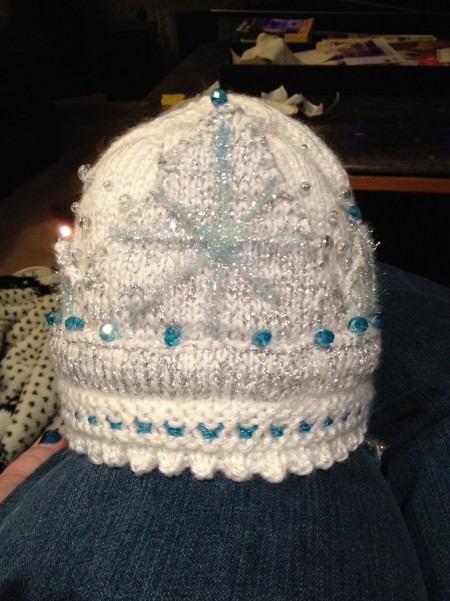 The braid and hair was simply sewn onto a white headband to be put on first and covered with the hat. The hair was an inexpensive bulky yarn.  A crocheted edge gave the crown needed some definition. 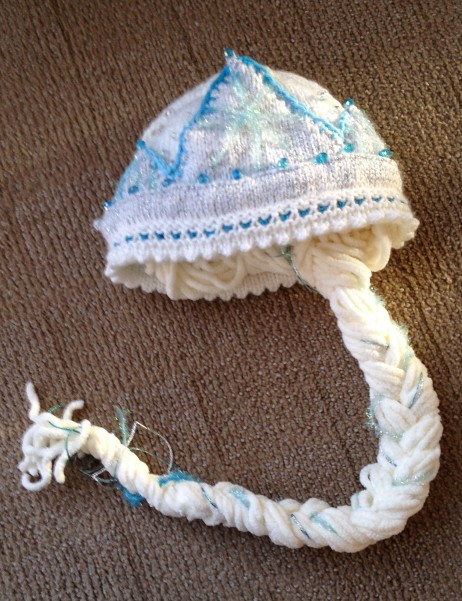 Here is the first try-on and then the crowning joy of being a princess!  It was a happy halloween for all. 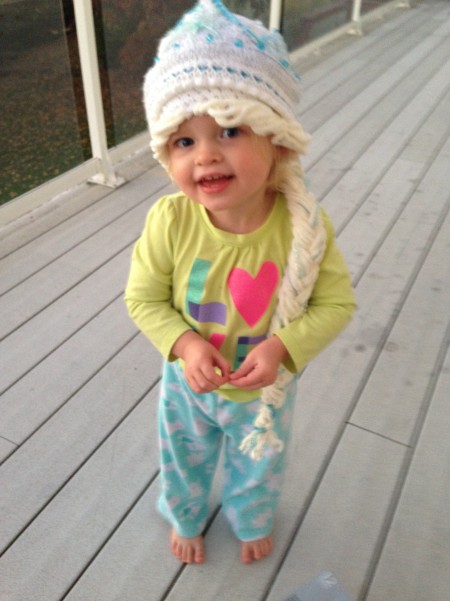 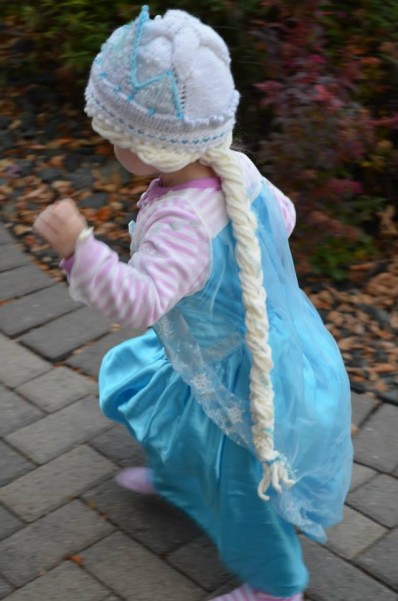 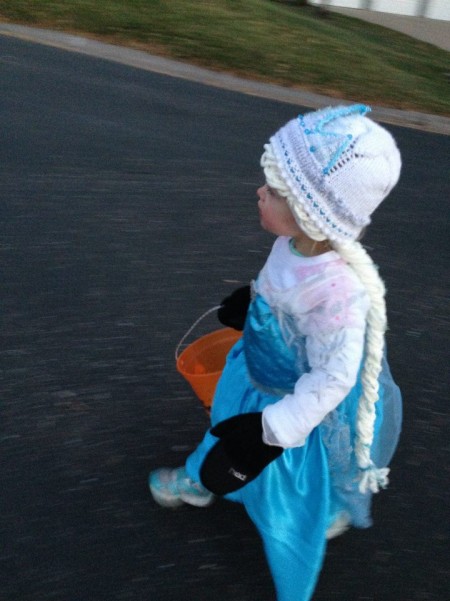 The second hat followed the free Princess Crown Pattern where the crown is a band of same sized points, knit from the top of the points down. 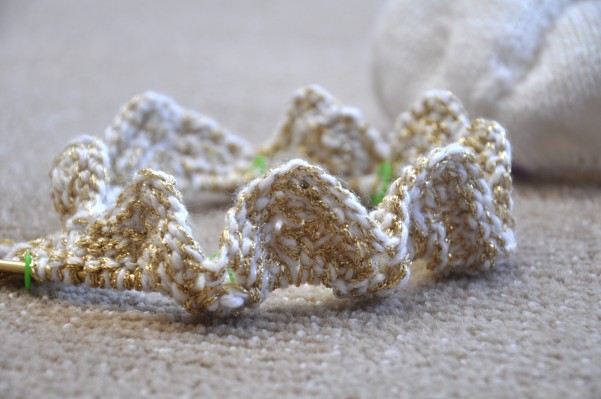 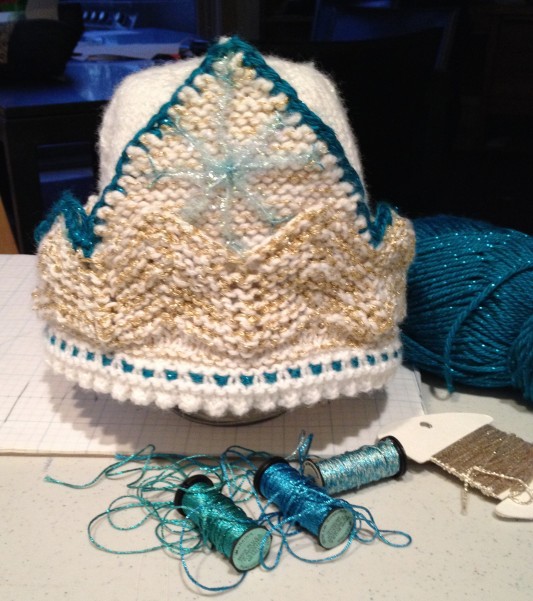 Here is my 8 year old princess in her crown. 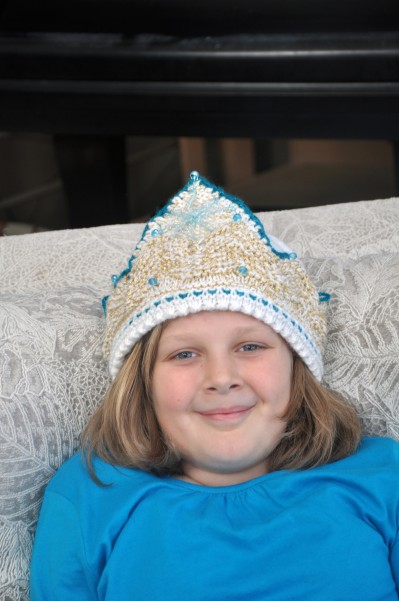 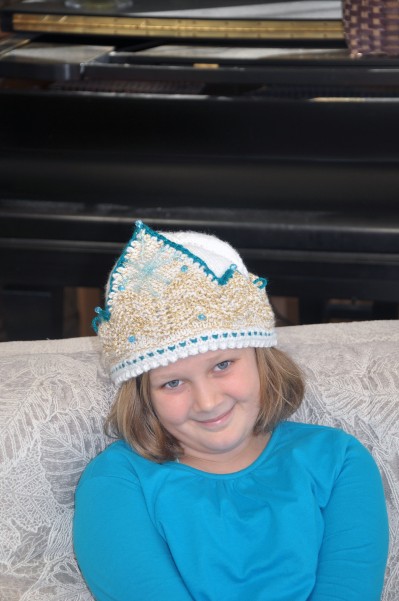 Watch for the snowflake hat post for the other 2 year old coming soon!