The St. Paul Winter Carnival has been around a long time. It provides an opportunity for winter weary Minnesotans to get out and do something different. This year, mother nature is giving us a break and the weather has been pretty nice. Parades aren’t much fun when it’s -20F and the wind is howling.

The venue for the snow sculpture contest was at the State Fair Grounds. We visited the snow sculptures on a sunny Sunday and it was quite crowded. The fair ground venue provides plenty of space and parking so it was a relatively hassle free event to see compared to going to events in downtown St. Paul like the Red Bull Crashed Ice race. We visited that venue between races on Saturday and it was pretty crazy downtown. Check out our video below.

Local companies sponsor the different snow sculptures and the event is judged with a winner picked by a team of judges. Another fun part of the snow sculptures was the giant slide where kids of all ages can slide down the iced track for a nominal fee. We saw very young kids, grandmas and even a few princesses go down the slide while we were there. 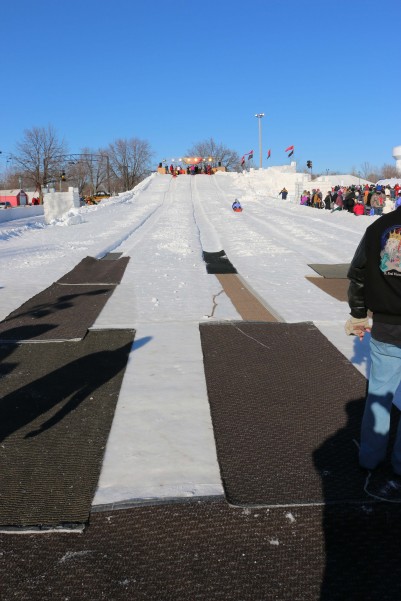 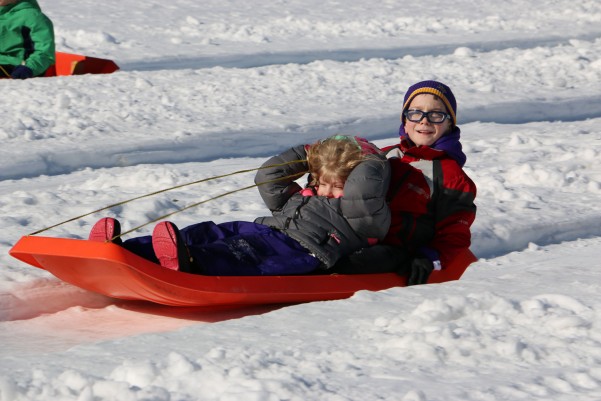 The story of the Winter Carnival is that King Boreas rules over the city with ice and snow and cold during the carnival. His rival is Vulcanus Rex who dethrones the King at the end of the carnival each year signaling the coming spring and warmer weather. The “Vulcans” ride around the city in old firetrucks and rush off into crowds to mark unsuspecting carnivalers with a V on their cheek or forehead. It the old days they chased the women and gave them a big kiss and left a big black smudge from the Vulcans cheek makeup. The kissing is not allowed any more now that we are hopelessly politically correct. The Vulcans use a black pen to mark their victims. 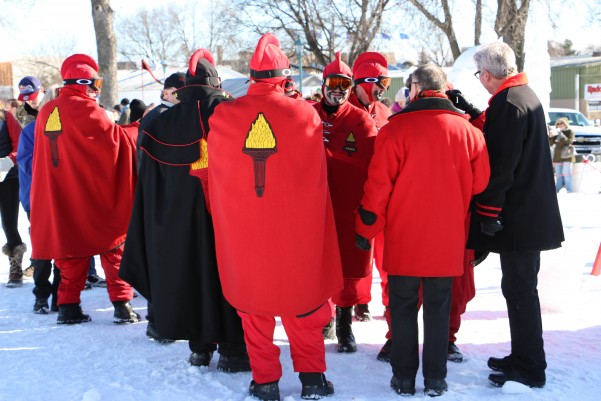 At the snow sculpture contest, some of the vulcans were giving rides on their vintage firetrucks. Other vulcans were working the crowd with their grease pens. 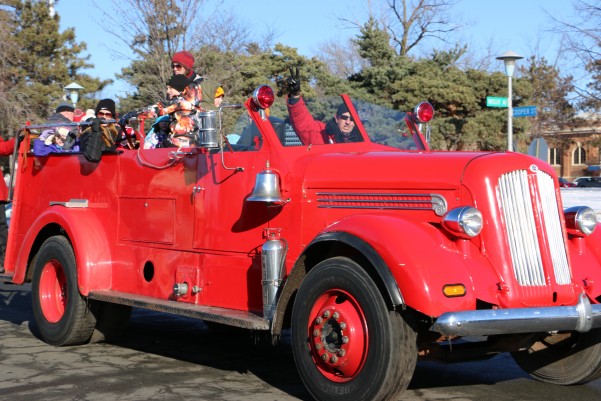 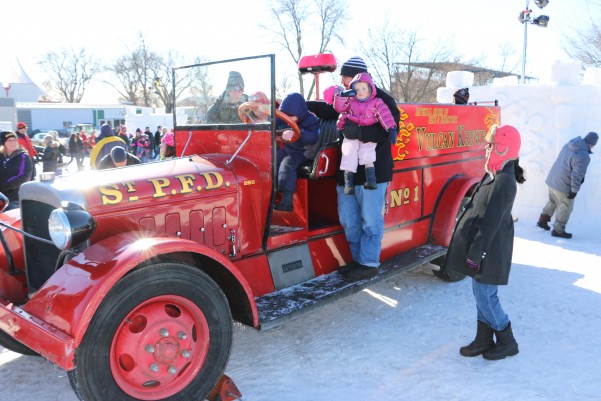 When we arrived at the fair grounds we just missed King Boreas and the Queen of the Snows. They were boarding a bus to go to another Winter Carnival event. Here are a couple of pictures of the Royal Party as they left the venue.

There were quite a few entrants to the snow sculpture contest. 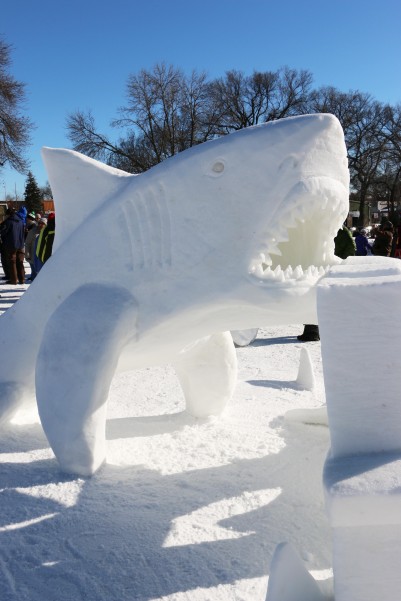 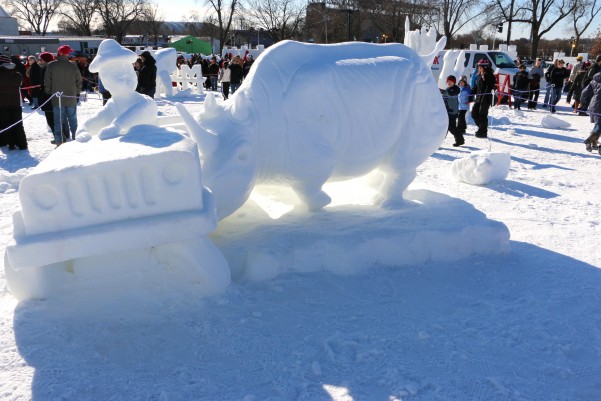 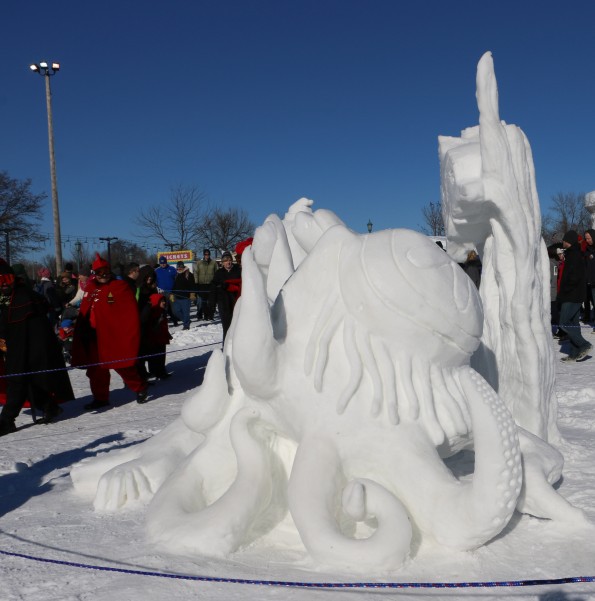 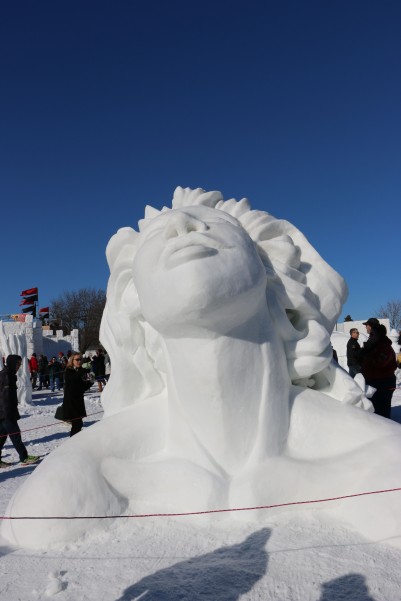 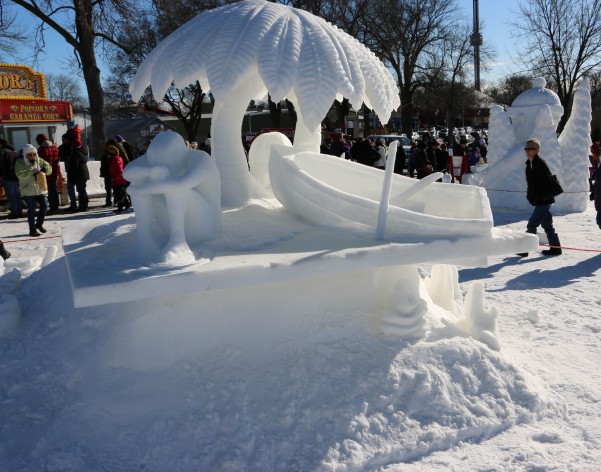 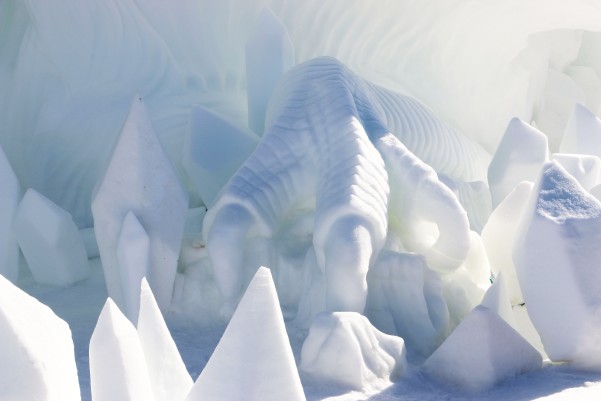 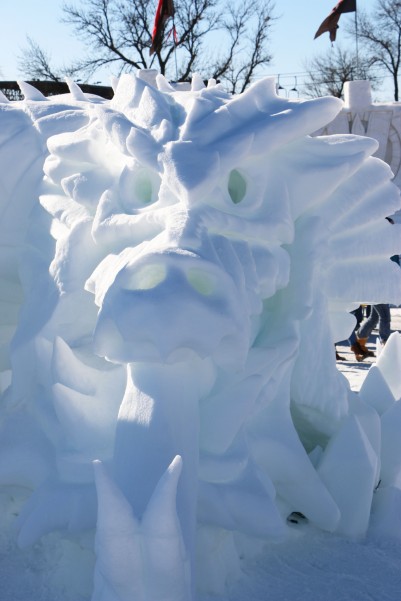 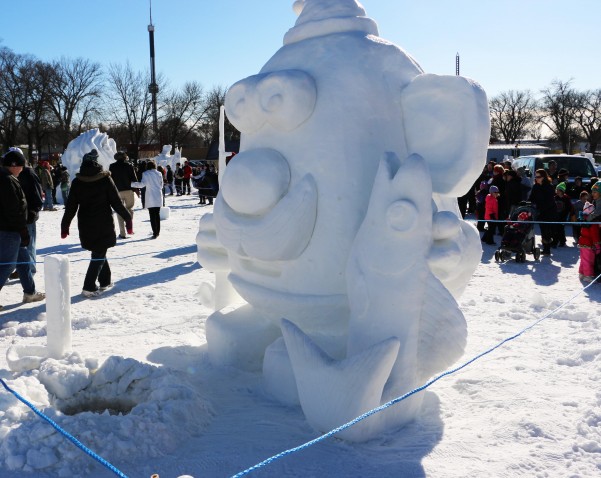 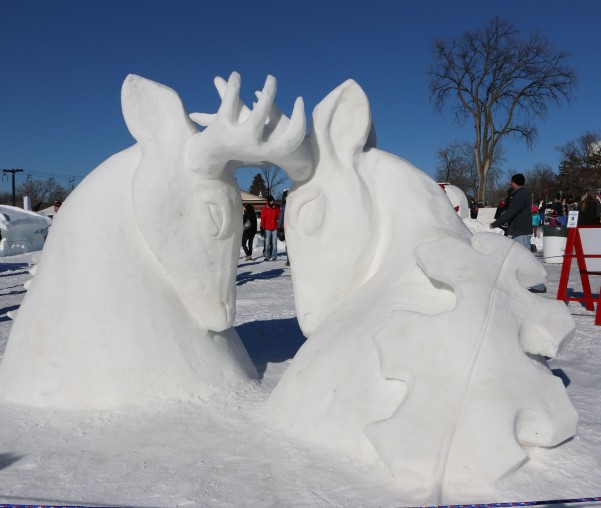 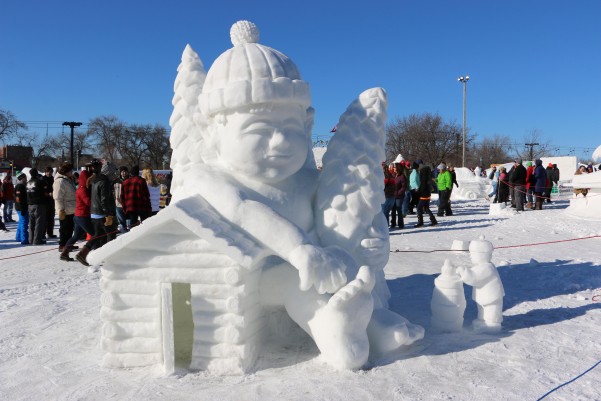 The pictures don’t do the sculptures justice. The artists really did a great job.

The weather was beautiful and the locals came out in large numbers to enjoy the day and the fun winter carnival event. If you are ever in St. Paul in late January, you should make an effort to visit the St. Paul Winter Carnival.