The Health Benefits of Allspice (Pimenta dioica) to Skin & Hair 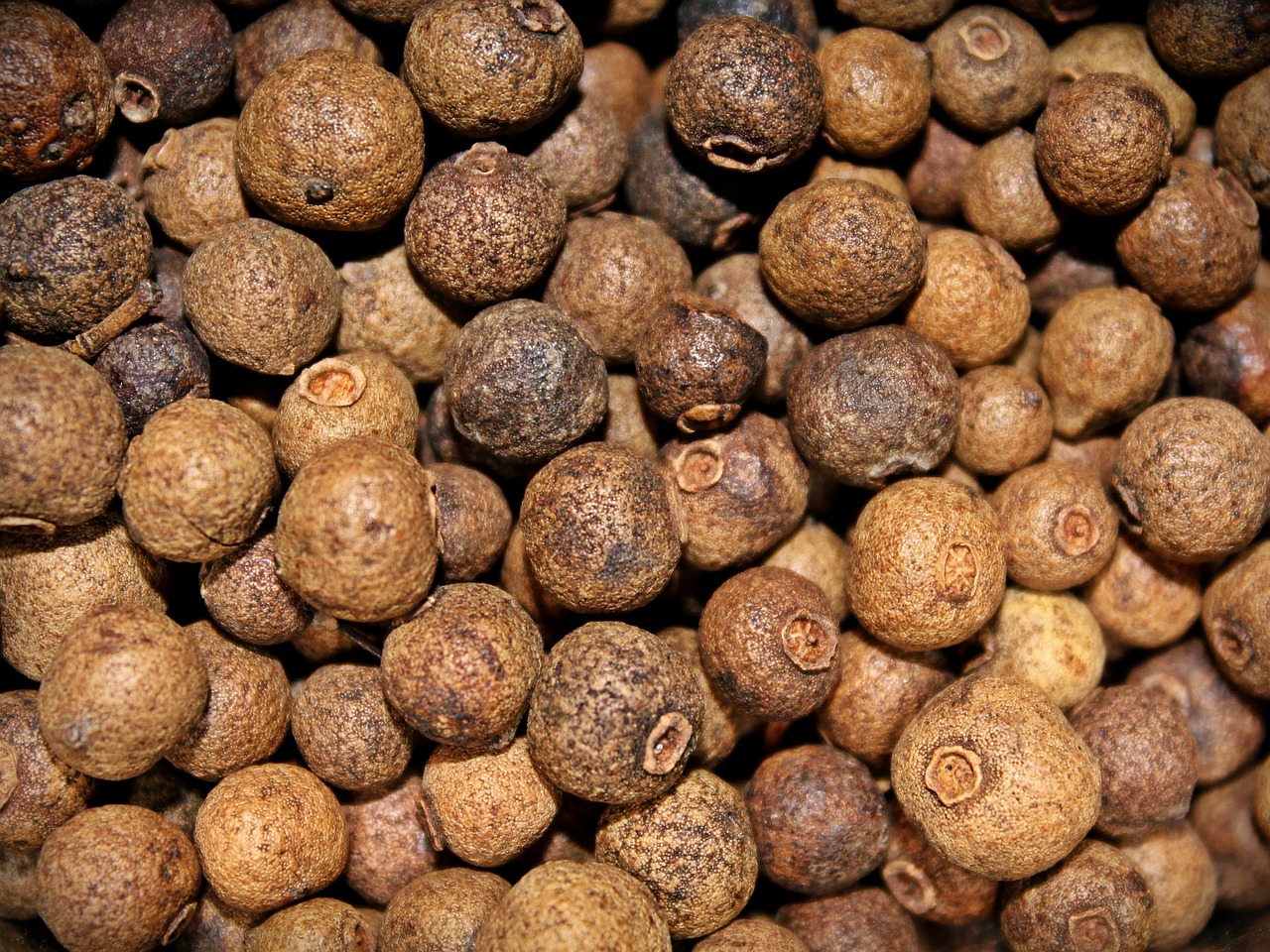 The pimento or allspice is immature and dried berry of a small tree called Pimento Dioica. Often known by different names geographically such as Jamaica pepper, Pepper, Myrtle pepper, Pimenta, Turkish Yenibahar, it smells like a blend of cloves, cinnamon and nutmeg. Allspice has a high nutritional value and is also antiseptic, antioxidant, and has analgesic properties. It has the abilities to heal minor cuts and wounds, and can help you get rid of muscle pain. It can also improve the energy levels in your body.

It won’t be wrong to say that, allspice is one of the best gifts that nature has given to human beings. It is the key ingredient of Caribbean Recipes. This herb has many advantages, continue your read to learn more about Allspice.

Despite its tasting properties, the Caribbean Allspice can also be beneficial to different parts of the body. Especially, it is much beneficial for your Skin & Hair.

The Allspice herb contains a rich amount of a variety of vitamins, which facilitates its application for various purposes, including the skin and related complications. Some of the vitamins produced by Allspice are vitamin A, vitamin B6, vitamin C and Niacin. These vitamins aid increase the blood flow and oxygen consumption in the bloodstream. The skin shows symptoms of a person. Thus, a healthy skin means a healthy body. The skin excretes some harmful toxins into the bloodstream through sweat.

Allspice can be used, either consumed directly as an herb or as a cosmetic product for the skin. In any case, it will help cleanse the skin, removing bacteria and other harmful materials from it.

Allspice prevents hair loss. The derivative allspice, oil can be used to massage the scalp, preventing hair loss while helping in gaining more hair. The oil helps open blocked pores of the scalp and into the hair roots. Your hair will grow at a faster pace, and will be softer and silkier.

This species is enriched with many minerals like potassium, manganese, iron, selenium and magnesium. All these minerals and other allspice vitamins make a perfect antioxidant. The antioxidant properties of allspice neutralize free radicals in the body, resulting in an overall improvement of health. The immunity of a person exhibits the ability of your body to fight the invading bacteria that cause disease.

Allspice acts as a booster for the immune system, helping the body in combating various diseases. Allspice also stimulates blood circulation, which means that the body is able to digest and excrete all toxic elements more easily. This helps you to stay fit and healthy.

Allspice is a very useful spice that can be used in many different ways. Its benefits are varied; it is a good antiseptic but also a good analgesic. This spice contains many properties that help in curing various diseases, helping to lead a healthy life.