Today’s trip is the first blog post I did.  I spent a LOT of my life in different schools, but the time I spent in the San Francisco Bay area at the University of California at Berkeley sticks out as one of the best places I’ve lived.  Since California is oriented north to south, there is really only two ways to go.  Today’s post will head south out of the City by the Bay to some of my favorite places on planet Earth. 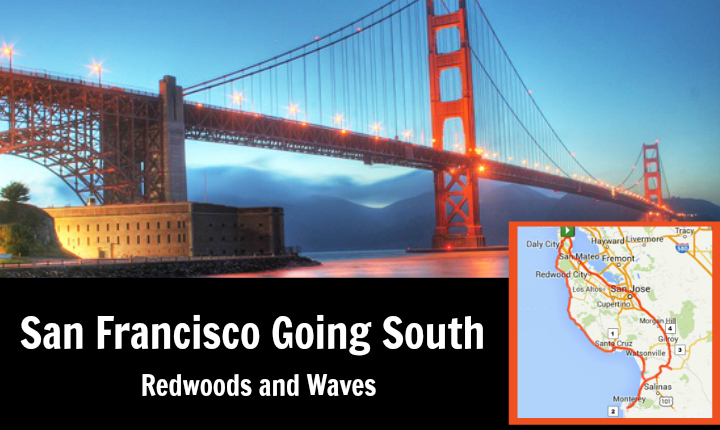 Just out of Penn State in 1980, I moved to San Jose to work for General Electric.  After three years that included getting my MS from UC Berkeley and the birth of my first child, we moved back to Pittsburgh for the free babysitting.  The three years I spent in northern California left a deep impression.  These are some of my favorite places to visit.  They can be seen in one day out of either San Francisco or San Jose.

San Francisco is the loveliest large city in the US.  I don’t think many people would argue this point.  San Jose is well, San Jose.  It was the richest farmland in the world until they paved it.  It is assumed that you have spent sufficient time to see the city and that you have one day before you head back to where ever you’re from.  This is how I like to spend that day.

This trip goes south of the city.  There is plenty to do and see north of the city, but that’s the subject of another post.  There is nothing to see east of the city and west puts you into the Pacific Ocean.

I’m from Pittsburgh which is called “The City of Bridges”.  What San Francisco lacks in number, they make up in grandeur. 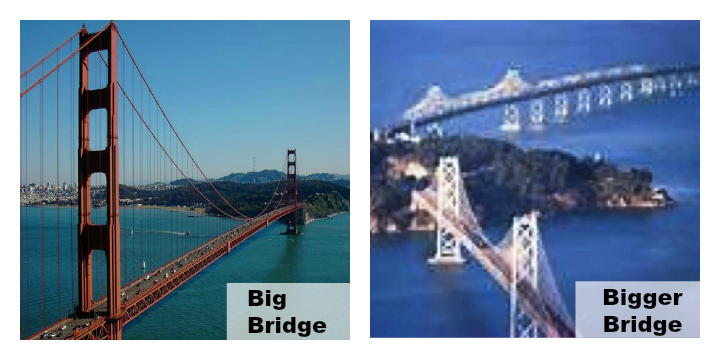 For my money, the best place to experience coastal redwoods is Henry Cowell Redwood State Park.  It lies off CA-9 about 10 miles north of Santa Cruz near Felton, CA.  There is a day use fee of $10 per car.  There is a perfectly flat 1 mile long walking trail through the old growth redwoods.  Everyone must see redwood trees up close at least once in your life.  There are dozens here that are over 2000 years old. 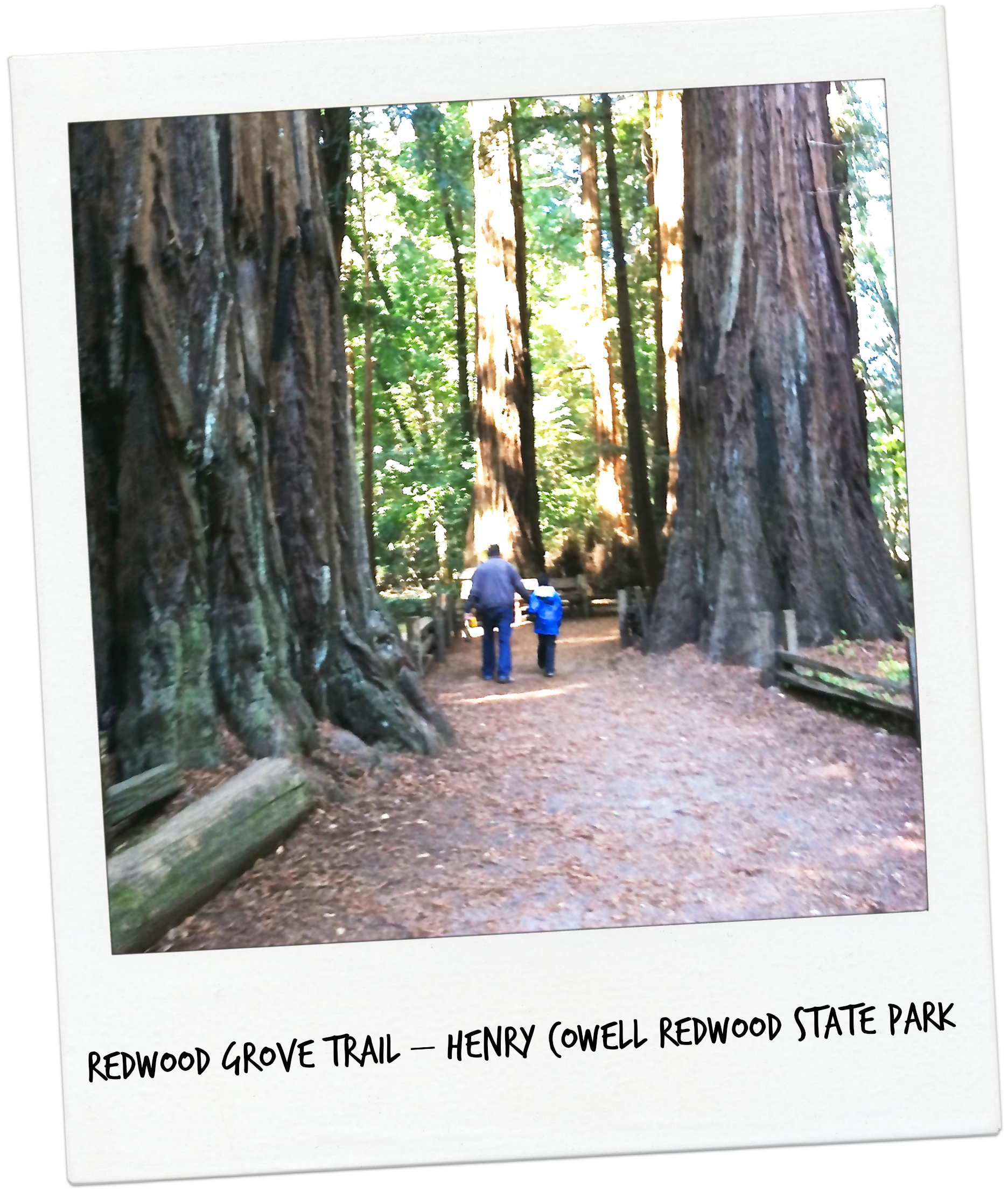 Back on CA-1 south about 50 miles around the rim of Monterey Bay will take you to what I think is one of the most spectacular spots on earth, Point Lobos.  Some will fault me for not stopping at Monterey (probably the Monterey Tourism Board) to spend $10 to drive on 17-mile drive to see the gates of Pebble Beach golf course, or see the aquarium, but I think you’re better off exploring the tide pools at Point Lobos and experiencing Pacific sea life without the glass barrier.  You also drive past Carmel by the Sea which is lovely, and has a beautiful Spanish mission, but we will be going to a better one later in the day. 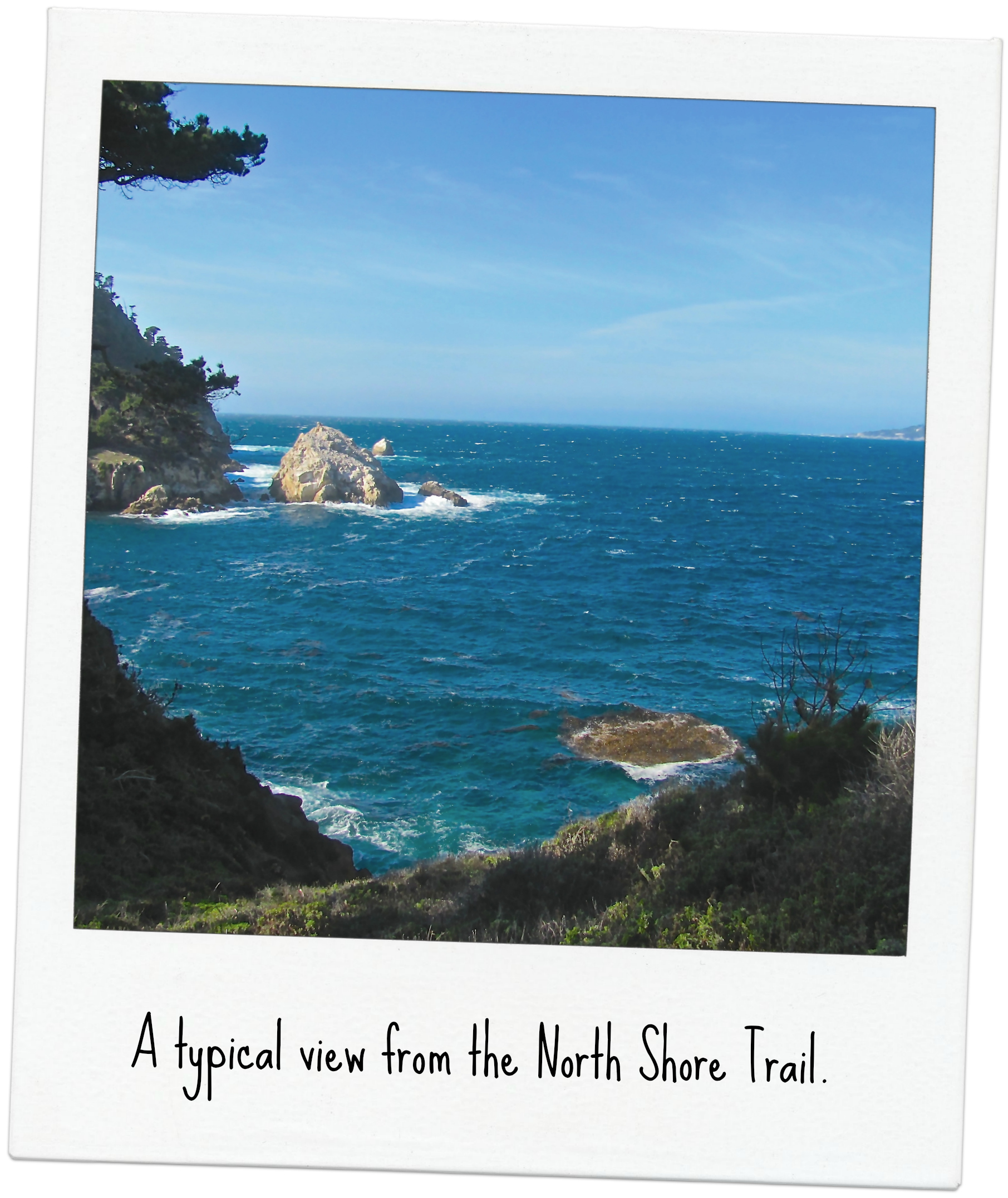 Our day ends up at a classic Spanish mission, San Juan Bautista.  The mission church is over 200 years old and was founded by Spanish Franciscan priests as the fifteenth of twenty-one churches in California. Each church was one-day’s walk from the next. The church and grounds have been restored to resemble the early church, but in this dusty farm town right on the San Adreas fault, it is not a stretch.  The mission figured prominently in Alfred Hitchcock’s Vertigo, although the climactic scene in the bell tower was staged as the original tower had previously burned down. 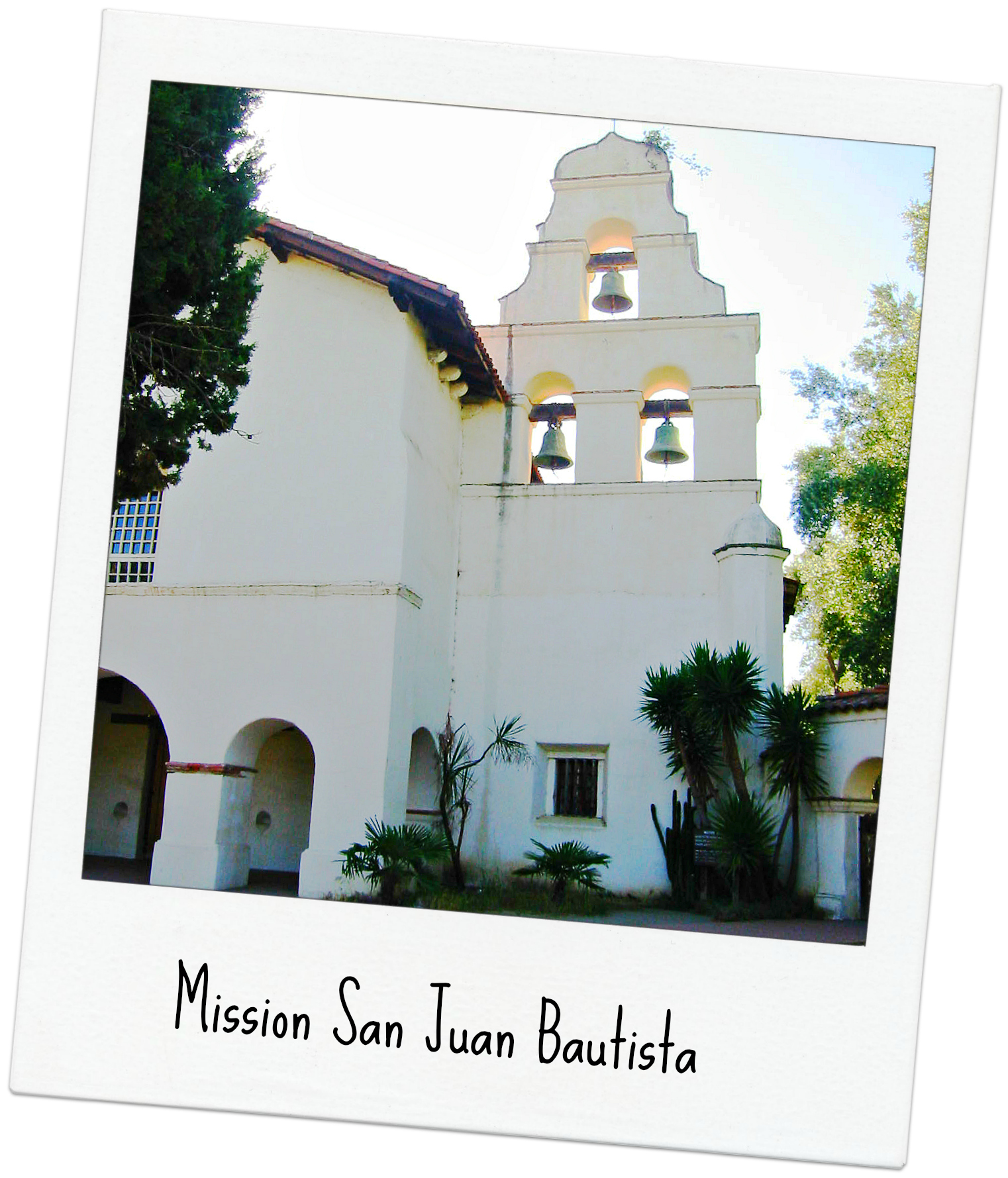 In the small town surrounding the mission, there is an excellent Mexican restaurant, The Jardines. By now, it should be time for dinner, and the garden dining here is wonderful.