Last week’s  post, I took you on an ambitious day trip to the south of the Bay area.  An equally entertaining time can be had going north of the city.  Many people go to Muir Woods and Napa, but I already took you to my favorite redwood grove near Santa Cruz. And if you want to go someplace nice for wine, I think Sonoma is a better choice.  I’m a bit of an authority having spent 3 years in San Jose and Berkeley back in my school days.

We’ll go to Marin County to get a great perspective of San Francisco from Marin Headlands just across the Golden Gate.  We’ll then stop in Sausalito for lunch before heading up to the wine country.  A stop at (one of) my alma maters, Cal Berkeley, will finish off the day before returning over the Bay Bridge to the city.

Across the Golden Gate to Marin

Just across the bridge is Marin County.  Stop at the parking lot just off the bridge and take a walk back along it to marvel at the size and scope of the structure.  The Golden Gate bridge was opened in 1937.  Before that, a harrowing ferry ride across the opening to San Francisco Bay was the only way to get to Marin County.  The bridge was constructed by Charles Alton Ellis who was the chief engineer.  It is widely considered to be the most beautiful, and certainly the most photographed bridge in the world.
Proceed onto US-101 north, but immediately take the first exit for Marin Headlands which is part of the Golden Gate National Recreation Area.  As the bay was strategic militarily, forts and gun emplacements were located on both sides to protect against enemy attack.  There are parking areas just up the hill from the freeway exit, and then scattered as you continue upward.  The first area consists of a long upward slope through concrete runs dating from the Spanish American war and World War 1.  The slope ends at a cliff which is on a level with the north tower of the bridge.  Everybody has this picture. 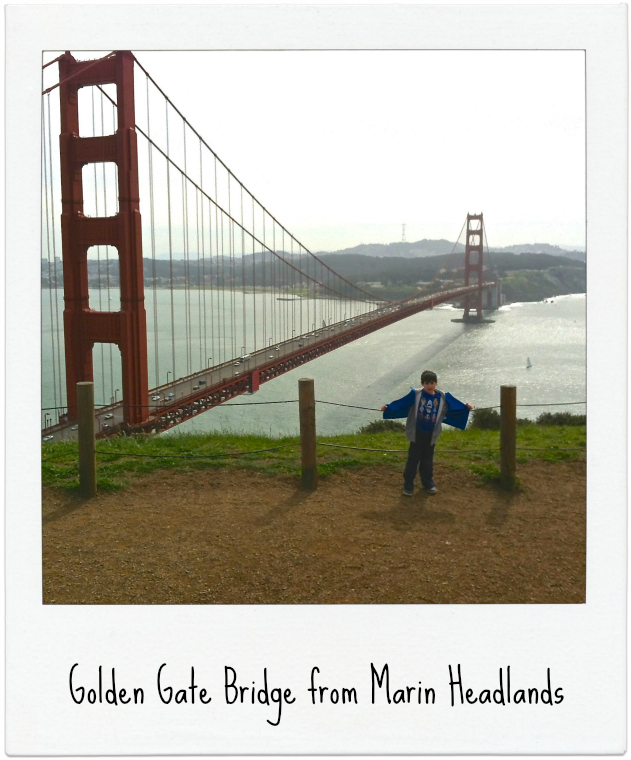 Houseboats and Lunch at Sausalito

Go back down the hill and pass under US-101.  This road goes to Sausalito, a sleepy port that used to be the ferry terminal in the pre-bridge days.  Sausalito has good seafood restaurants so lunch may be in order.

The bay off Sausalito is quite shallow and is home to a number of house boats.  These boats were built off-shore to avoid property taxes.  I think there is a limit to any new construction due to sanitation issues.  The bay had the last laugh, however, as an indigenous fish, the humming toad fish, creates a loud underwater thrumming sound that keeps residents awake nights. Three is no free lunch.  The residents have a sense of humor and throw a Humming Toad Fish Festival each year. 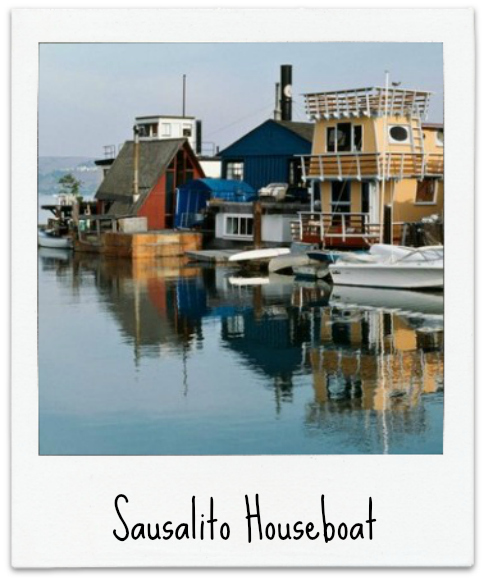 Stop for lunch at Louie’s Deli which is owned by my wife’s cousin and has great food.  Then head north to the wine country.

Sonoma is the home of the northernmost mission church, the Mission San Francisco Solano. The town was the capital of Alta California during Mexican rule. There is an enormous square adjacent to the mission at the center of town. Parking is free on the street surrounding the square, but park close to where you want to be because it’s probably a mile around outside of the square. Also on the square is El Pueblo de Sonoma which was the colonial governor’s residence. 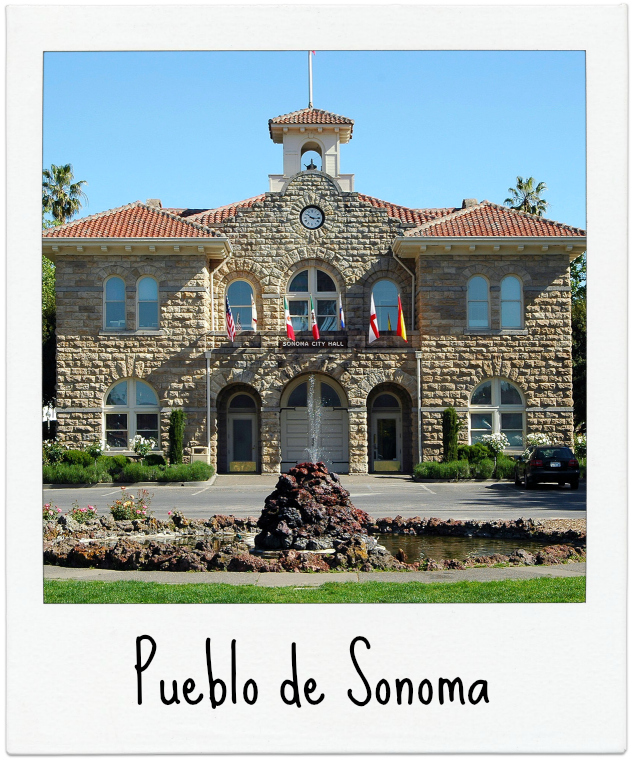 The main reason to go to Sonoma is the Sonoma Valley wineries. There are just as many good wineries here as in the more publicized Napa Valley just over the hills to the east. They are less crowded and just beautiful. Balance how much you drink to how much driving you have to do. I like the Cline Vineyard.  Take a few bottles back to San Francisco with you. 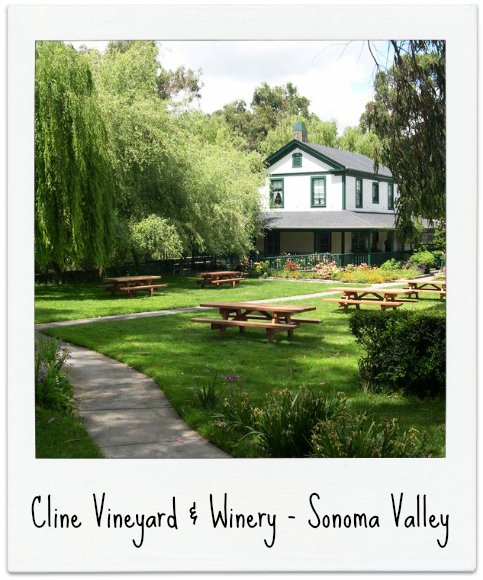 The People’s Republic of Berkeley

And now for something completely different.

Retrace your steps back to US-101 going south this time. After 9 miles, take the exit for I-580 toward the Richmond bridge. Continue down I-580 about 15 miles and exit at Berkeley.

I attended UC Berkeley in 1982-83 for my masters degree in mechanical engineering. Staying on the northwest side of the campus where the engineering college is located keeps you away from the “charm” that makes Berkeley Berkeley. Walking through the Sather Gate to Sproul Plaza and you soon get a sense of how it must’ve been in the 60s and 70s. No, really, the same people are still here. There are literally soap boxes with people preaching about everything from nuclear weapons to campus poilice abuses. Once when I was trying to register for classes, I had a guy jump off his box and accost me with wild eyes railing about “We need to stop the nuclear madness!!!” I calmly told him that I was visiting from Los Alamos National Laboratory where I was developing the next generation of the neutron bomb which will kill all the people, but leave the buildings standing. I don’t think I could’ve caused move pain if I had hit him between the eyes with a two-by-four.

The campus is beautifully perched on the hillside amidst eucalyptus and redwood trees. The town, adjacent to the campus is quaintly radical with perhaps a few too many piercing pagodas and tattoo shops. Good, cheap restaurants abound to cater to the poor students. Stick around to hear them play the bells in the carillon. 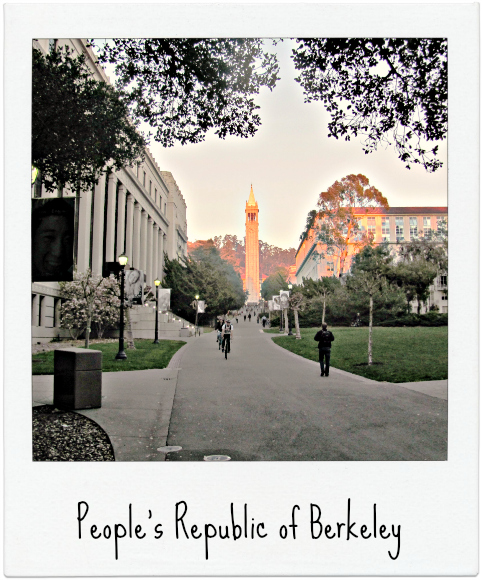 Back to Babylon by the Bay

Back on I-580 for the short trip across the Bay Bridge back to the city. You bypass Oakland as most people do. It’s not like it’s a bad place. Anywhere else besides across the bay from San Francisco and they’d be singing its praises. Gertrude Stein once said, “The trouble with Oakland is, that when you get there, there isn’t any there there.” ‘Nuff said.

You’ve traveled about 135 miles which is much less than the southern day trip. Still, a good days exploring and a couple of good bottles of wine to drink after dinner.
Put on Pandora and with luck, you’ll get Tony Bennett singing “I Left My Heart in San Francisco”.  Interesting note.  My mom and dad went to see him at a Pittsburgh night club before they got married and my mom got a picture with him in the coat check room. Mom is 78 and forgets a lot.  She remembers this like it was yesterday. 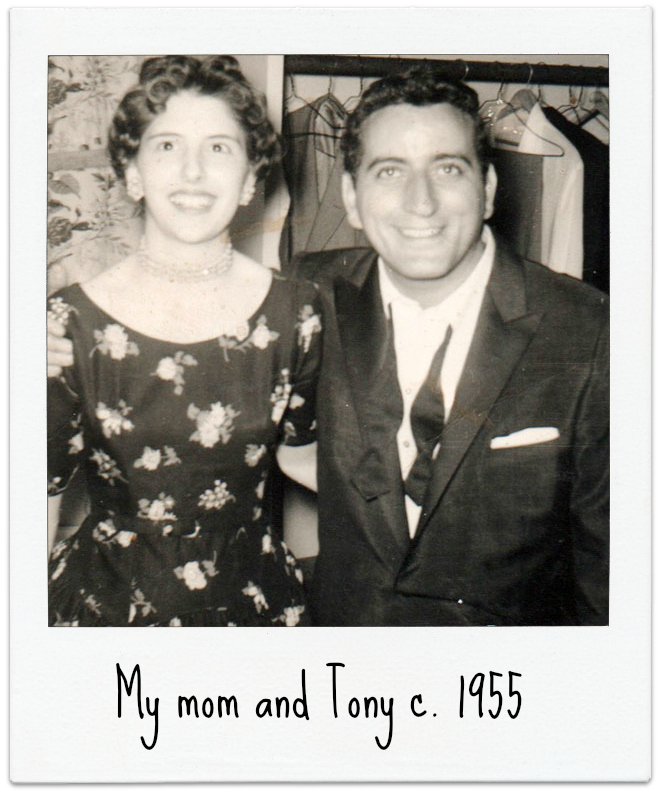