5 Things to do in the American Midwest

It’s not as glamorous as New York City or Los Angeles, but the American Midwest is a beautiful part of the world, packed with great things to do. Here are 5 of the best.

Chicago is one of the most interesting and vibrant modern metropolises in America. It’s the country’s third biggest cities and the biggest in the Midwest. You’ll never be bored in the city as there’s so much to do there. It’s a city that combines the old and the new.

If you want to discover some old world Chicago charm you could visit all the old jazz and blues clubs. Or you could visit the Music Box cinema, which is an old picture house that screens art house movies and documentaries all year round.

You might not associate the Midwest with culinary expertise, but there’s a lot of great food to try out while you’re moving from state to state. Each region has its own identifiable cuisine and specialisms. And all the Midwest states have lots of cheap diners for you to explore too!

There’s an Indianapolis restaurant called Spoke & Steele that you should visit. Another place I’d recommend is the Country Club in Lexington, Kentucky. They serve great meat dishes. And if you’re looking for great bars, just try them all! That’s plenty of great ones in each state.

South Dakota is where you can find one of America’s most famous landmarks, Mount Rushmore. The official name for the main attraction is Mount Rushmore National Memorial. It’s carved into the side of Mount Rushmore.

The faces carved into the granite surface are those of four presidents. They are George Washington, Thomas Jefferson, Theodore Roosevelt and Abraham Lincoln. While you’re in the area, be sure t visit it, it’s an impressive sight to behold! 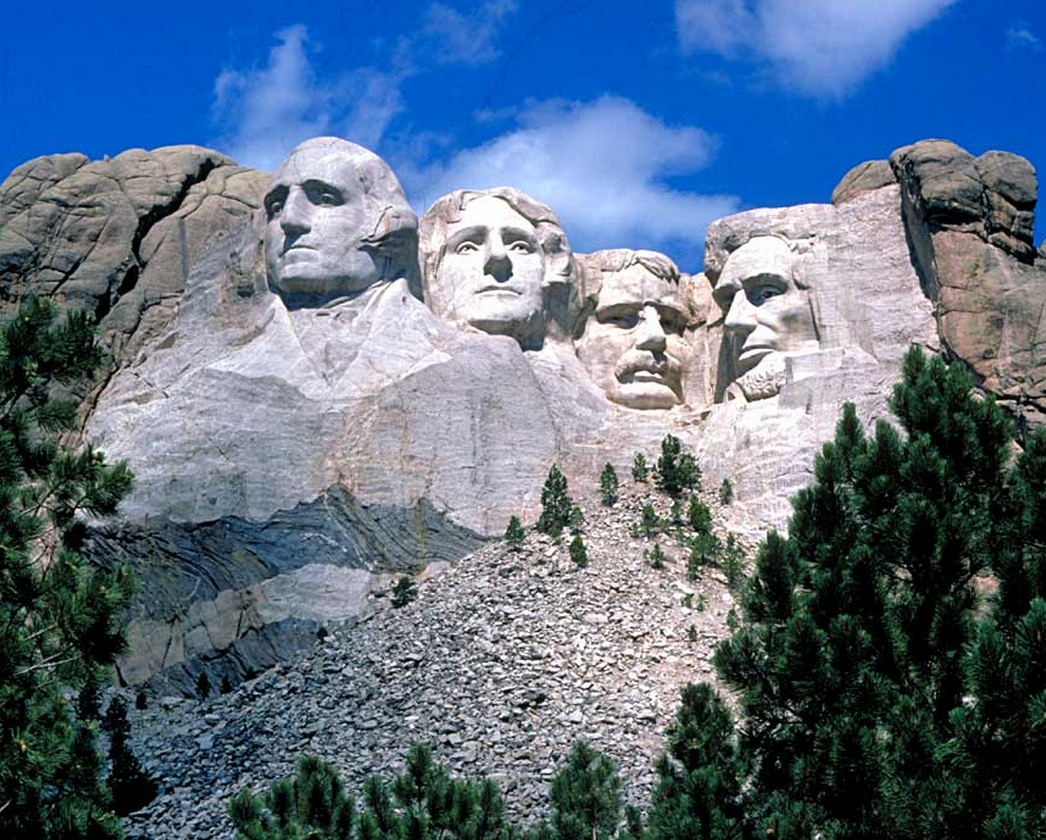 If Kansas is famous for one thing, it’s for being home to Dorothy in the classic 1939 film The Wizard of Oz. You can visit a house in Kansas that’s dedicated to the film and is made to look like the famous home of Dorothy.

You can also visit the nearby attraction, the Land of Oz. It’s a small walkthrough attraction that stages scenes from the film. You walk through it at your own pace along – yes, you guessed it – a yellow brick road. For fans of the film, it’s a must visit.

One America’s biggest and most beautiful national parks can be found in St. Louis, Missouri. You can spend all day wandering around the forest or relaxing on the luscious lawn. But that’s not all that’s on offer in Forest Park.

Saint Louis Zoo is located in the park and has been there since it opened in 1910. And the best thing about it is that it’s completely free to enter. It’s not a small zoo either. It is home to elephants, cheetahs, penguins, lions, and bears, to name but a few.

There’s plenty to do in the Midwest. Hopefully, you now have a few useful ideas!