The northern lights were incredible. You may have heard the northern lights on the news lately. I can show you why. I just happened to be up north in Northern Minnesota a few nights ago. I was actually cleaning up our cabin “The End of The Road Cabin at Elbow Lake” (VRBO #728851), near Elbow Lake Lodge. We only recently added this cabin to our rental pool and I was making some final preparations for it. It was a last minute decision after “Creekside at Elbow Lake Lodge” (VRBO #720264) filled up so fast for the summer.

After a hard day’s work, I was blessed to get the show of a lifetime. It isn’t uncommon to see the northern lights in Minnesota, but this night was spectacular. After ordering a pizza dinner at Elbow Lake Lodge, I came back to the cabin near dusk and was getting my tripod set up to take some pictures of the stars at night. Two weeks earlier, I was able to get this picture taken of Creekside. 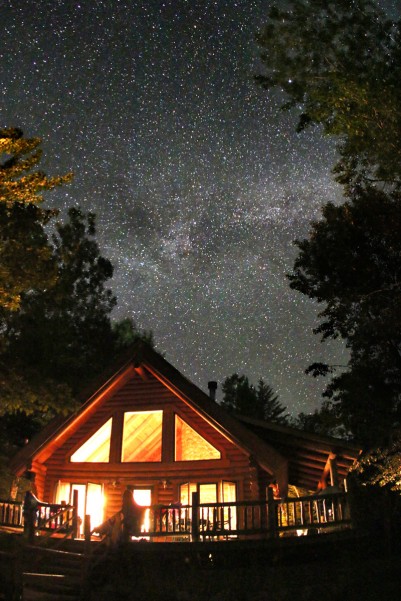 What I was able to do in this picture was to show how wild it really is at Elbow Lake. You can see the milky way rising behind Creekside cabin. In the panorama, you can see the milky way in the center, some small northern lights on the left, and the awesome setting by the lake. I was planning on doing something similar with The End of the Road Cabin but it was raining and cloudy all day. Luckily, right before sunset, the clouds broke and sky cleared up.

About an hour after sunset, it starts to get dark. By the way, sunsets last about two hours this far north. The view is incredible. Right at last light faded, the sky just looked fuzzy. As if there was a light layer of high clouds. But it just looked a little funny to me so I took a picture. With a long exposure, you can lighten up any image to look like day. Here’s what the sky looked like at the beginning of darkness. Notice, you can still see the last glimmers of light on the bottom right of the picture and you can start to see the stars coming out. That fuzziness is the beginning of what would would be an amazing northern lights show. 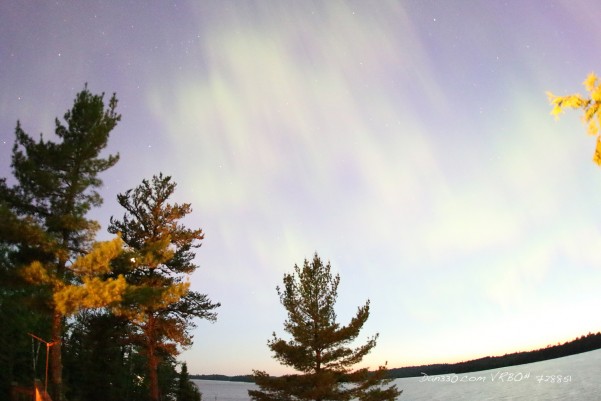 I went back inside and continued working. As we slowly rotated away from the sun, the sky continued to grow darker and the sky just kept adding more and more color. Here the stars were just starting to poke out.

More awesome pictures on the next page!!!!!