It’s August and the harvest is in full swing. The straw bale garden has produced crazy amounts of food. Especially tomatoes, zucchini, and cucumbers. While it got a bit overgrown and choked out some of the herbs, and other produce, I have been overwhelmingly happy with it.

Today is August 20 and the garden is definitely past peak looks-wise. It is producing a ton of food and as food is produced, the plants naturally die out a bit. So this is totally expected.

We are pulling about 10 pounds of produce out every day or two. This was picked today: 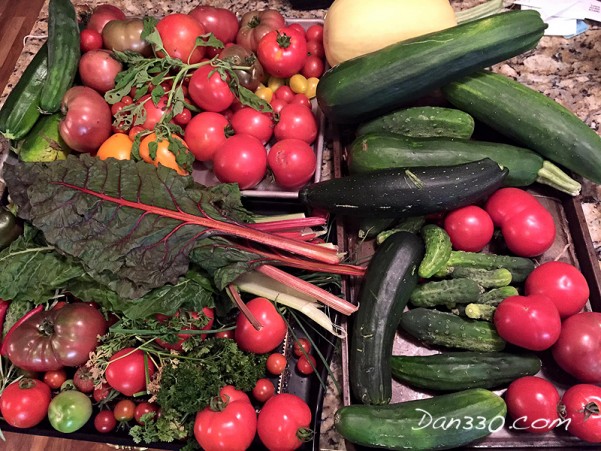 I have never had tomato’s that have grown so well. I will never plant tomatoes another way. I am blown away every time I go to the garden to pick. 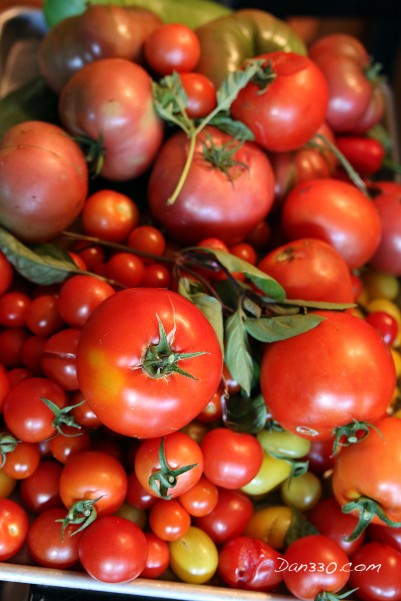 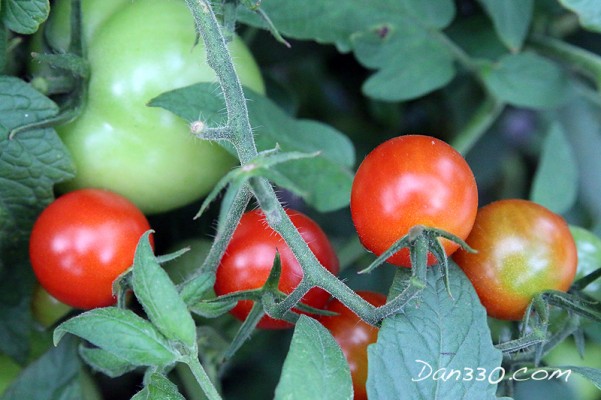 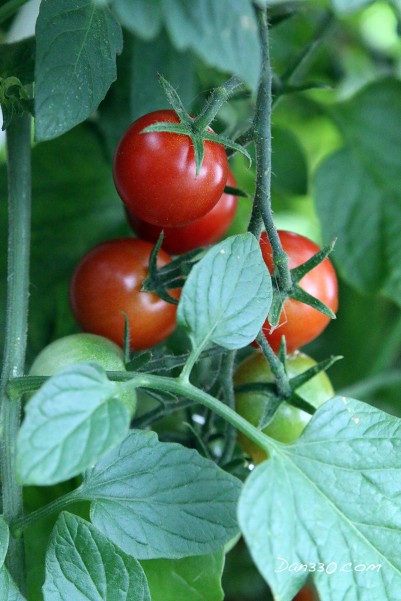 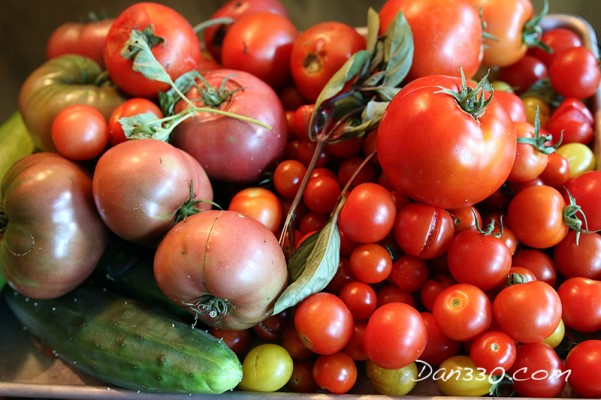 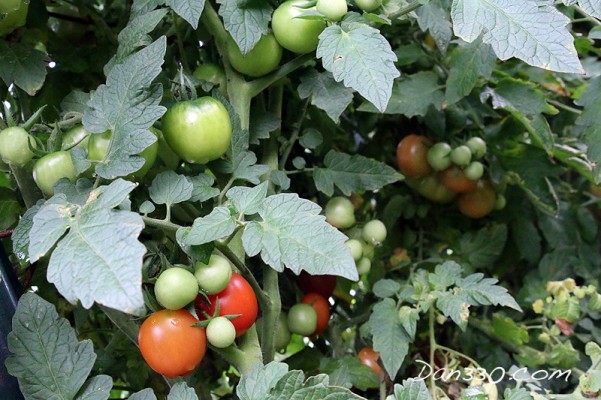 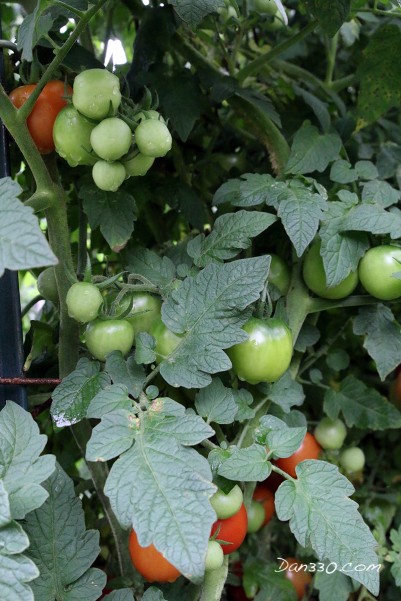 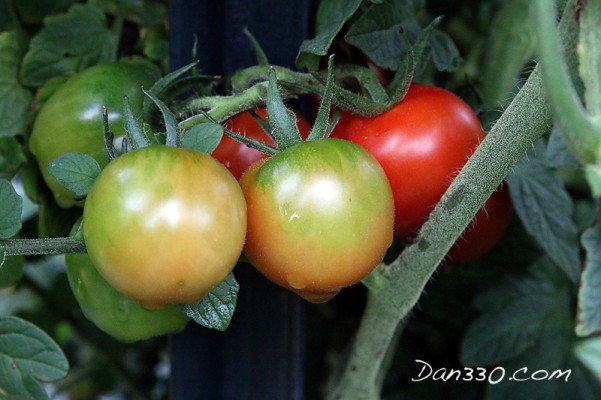 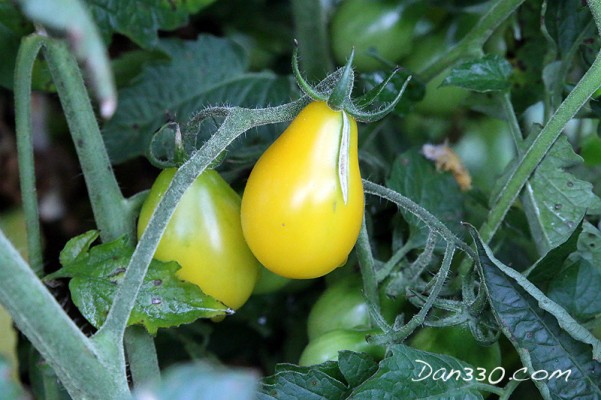 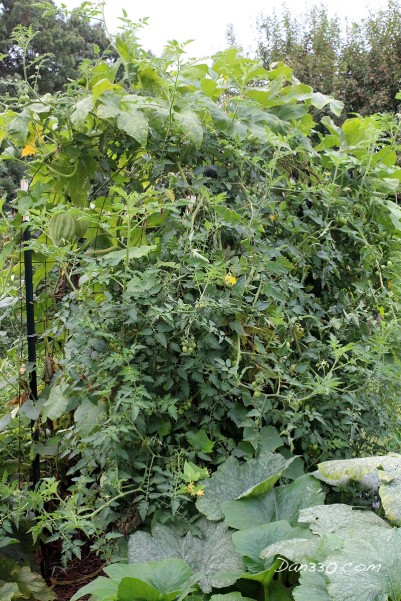 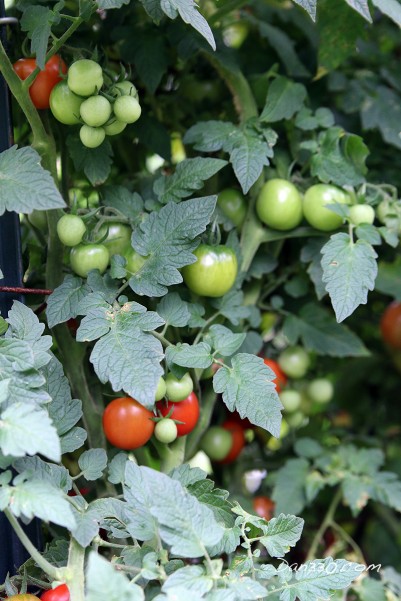 The chard is also very healthy looking as well. We have been harvesting leaves for two months and it just keeps going! 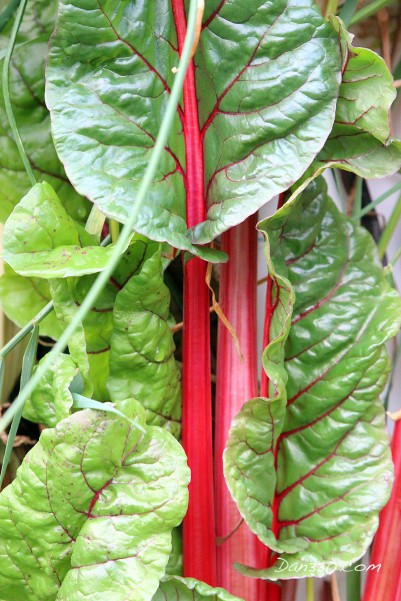 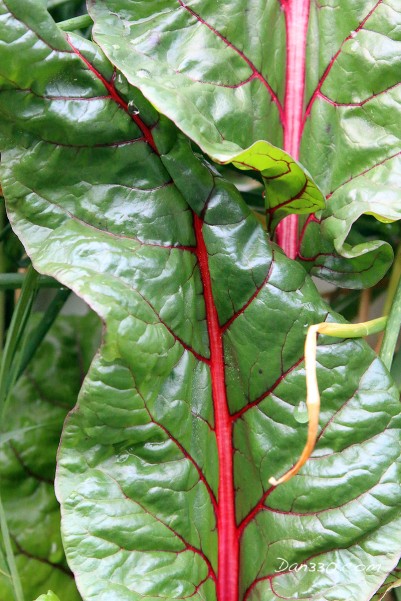 The watermelon is growing and keeps pushing new flowers. 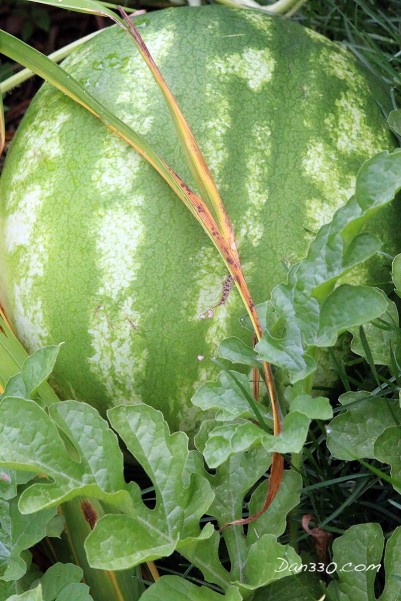 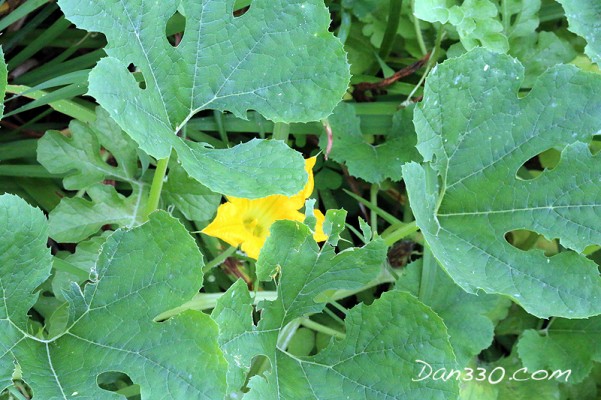 We have abundant cucumbers too. One of my cucumber plants turned into an acorn squash. Oh well. It looks great. Just look how well it has been growing on my entryway to the garden! I love how the vine crawled up the trellis and lets the fruit hang down. It is very cool to see in person. I will be growing these like this next year. In fact, I am planning out a large tunnel to walk through, which will host gourds, pumpkins, squash, tomato, and cucumber. 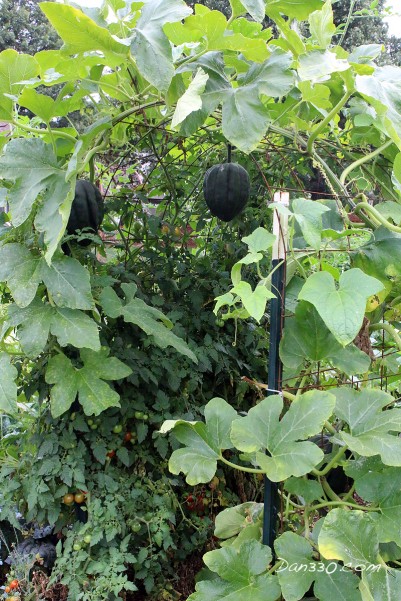 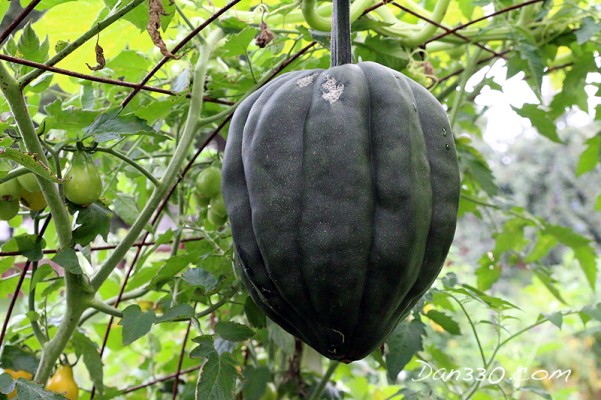 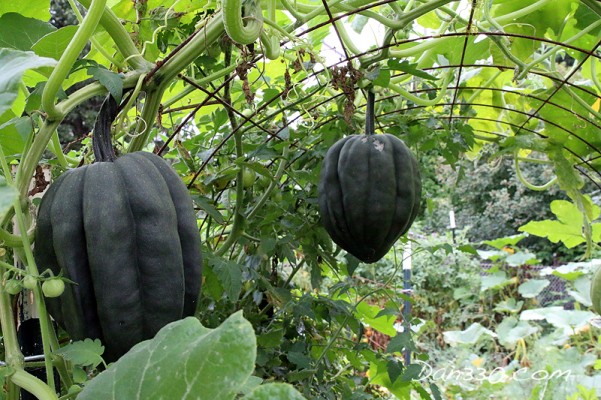 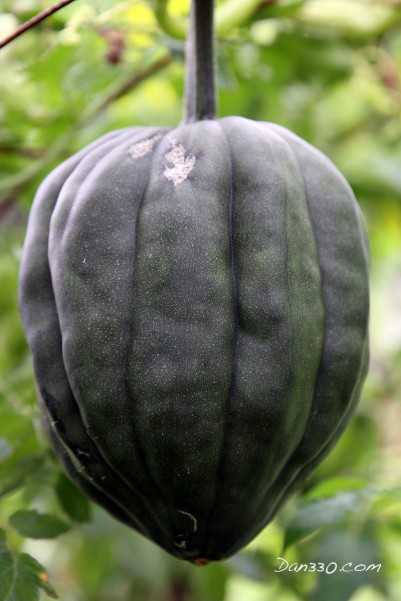 Here’s one of my cucumbers: 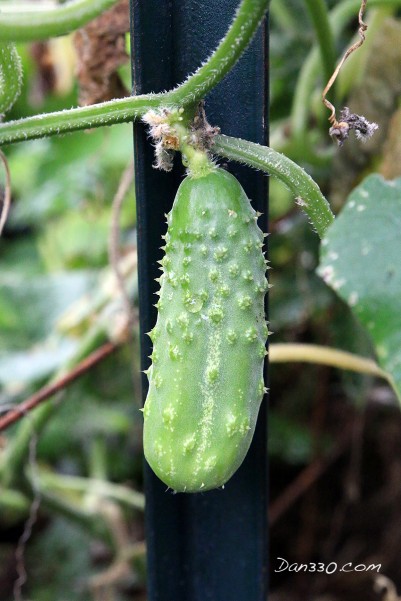 The kids are always horribly disappointed when the try these and they don’t taste like pickles.

The beans are still producing too. Check them out here: 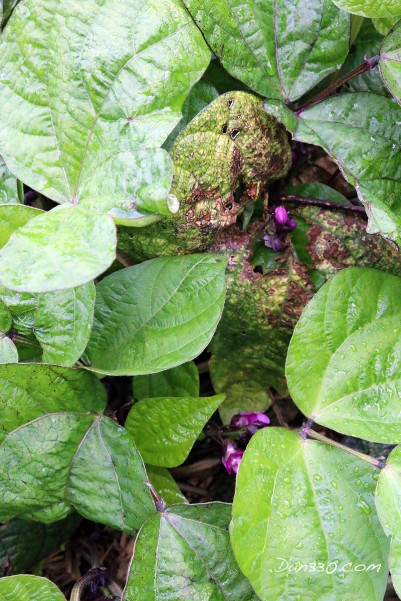 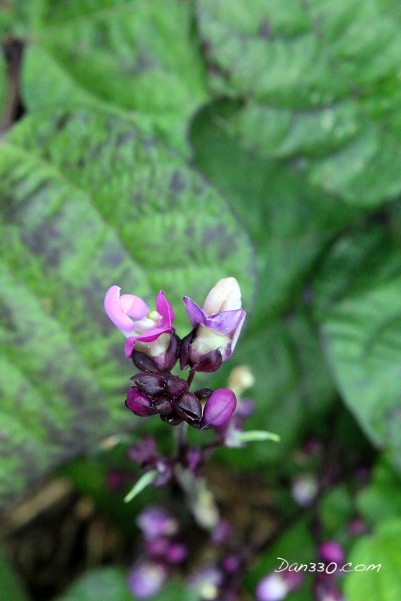 Finally, the pumpkins are rocking this garden. The standard pumpkins are already done. They are sitting on the ground. They are big and orange, and their vine has already died. I can’t believe how fast they grew. The Atlantic Dill pumpkins are growing and they are doing it fast. Here are the pictures of my pumpkins: (By the way, this alone will save me enough money from going to a farm in the fall and having to buy pumpkins to make up for the total cost of the garden). 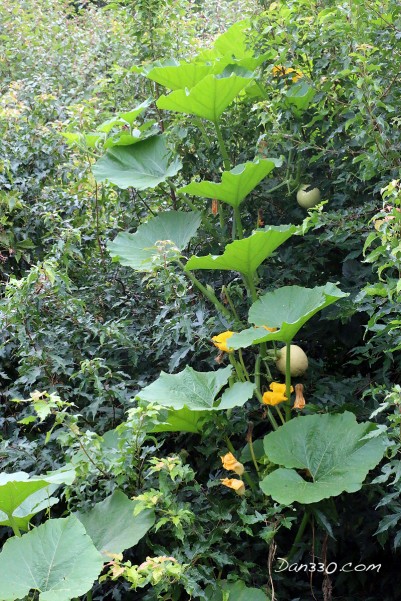