Wow! It has been quite the year for the garden. We started this straw bale garden project only a couple of months earlier. The produce from the garden has been great. We have enjoyed salads, chard, and herbs for a long time. But now we are starting to get some of the larger fruit (vegetables) from the garden too.

It sure has come a long way!

It seems like in late July (in Minnesota at least) that the plants look their best. In a little while, the will naturally start dying off because they have produced their food. I wanted to give you a quick update on the progress of the straw bale garden today.

First, the straw bale garden is adjacent to my perennial garden. This has attracted a lot of pollinators. We see ton’s of bees, butterflies, and other bugs. In turn, these have attracted all the little creatures that eat them. We have seen dozens of tree frogs in the garden, a skink, more hummingbirds than I have ever seen in Minnesota, and other songbirds. Here are some pictures of that garden: 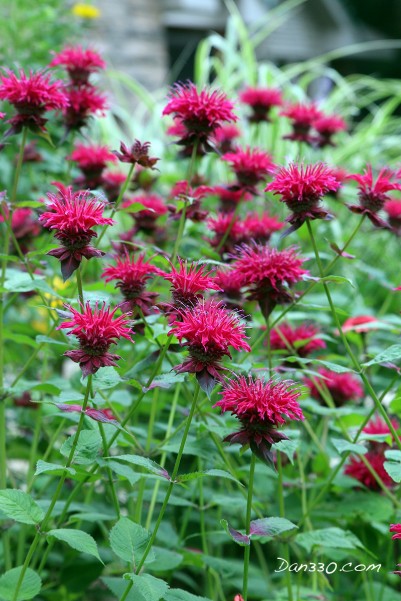 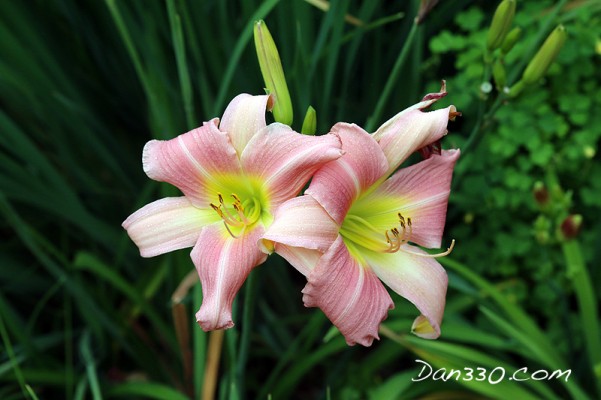 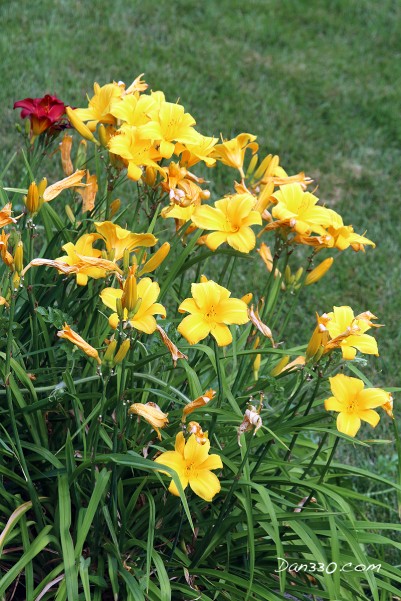 Here are a few specific updates of the straw bale garden:

Tomato’s: The tomatoes are growing like weeds. I continue to train them on the trellis’ I have built. They are looking very healthy and are pushing out green tomatoes. 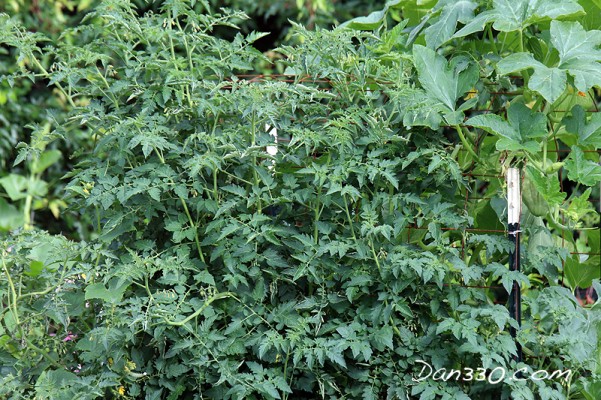 Cucumbers: The cucumbers have been producing a lot of food already. You can see them crawling up the entryway into my garden here: 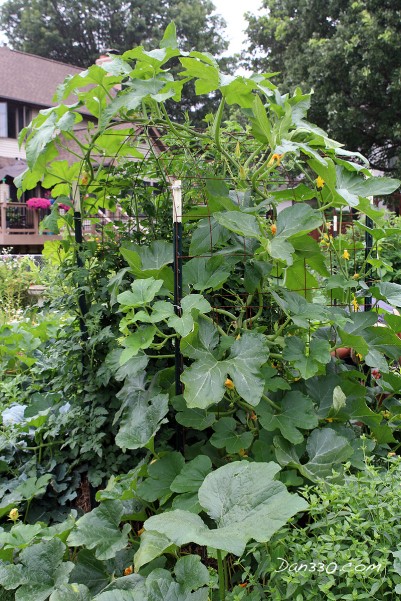 I do have to say, I am disappointed in one thing. One of my “cucumbers” has grown to look a lot like an acorn squash. It’s fine, other than I wanted cucumbers. 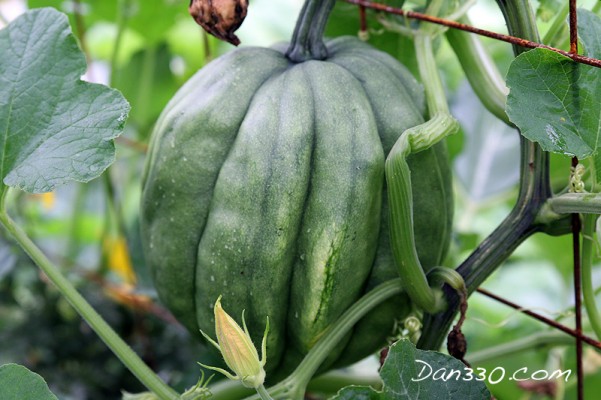 Zucchini: The zucchini are thriving in the bales. We have tons to eat already. Just look how healthy the zucchini plant looks in this picture (its the large darker green leaves). 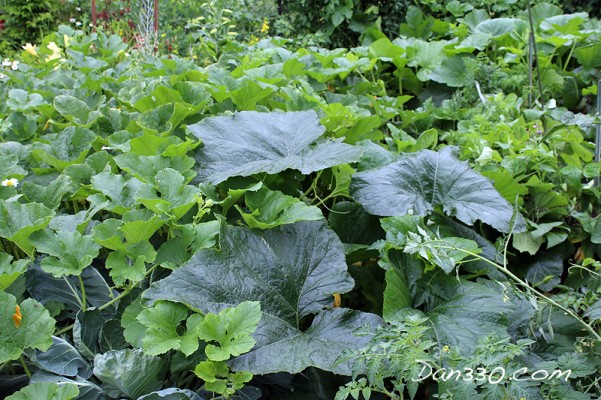 Spaghetti Squash: The spaghetti squash is all over. I made a mistake with this plant. It needed a lot more room than I expected. It choked out a lot of my other plants and I just couldn’t get in enough to cut it back. You can see how it just took over in the picture above. It is the plant with teh smaller green leaves that is everywhere.